One of Vancouver’s most prominent developers anonymously bankrolled a massive billboard campaign for a mayoral candidate whose platform focuses on building more housing.

Candidate Hector Bremner says he did not know anything about the billboards, which cost $85,000 and feature a photo of him and a play on his campaign slogan. A previously unknown group called Vancouverites for Affordable Housing was listed on the ads as the sponsor, but it was unclear who paid.

Mr. Bremner said he has lodged no complaint about it. "If someone wants to say nice things about me, why would I complain?” he said on Friday.

A lawyer for Peter Wall, the developer behind some of the city’s most prominent buildings, said on Friday that $85,000 from Mr. Wall was used to pay for the billboards. Mr. Wall was a long-time backer of Mayor Gregor Robertson’s Vision Vancouver party. Housing is a hot-button issue in the lead-up to the vote next month, and a debate rages over whether to allow developers to build more density.

The mystery surrounding who paid for the advertisements has highlighted the ability of third parties to use unfettered resources.

This election is the first after provincial changes to limit fundraising and campaign expenditures. Although the new rules ban corporate and union donations and cap the amount of money candidates and third parties can spend during an election period, there are few rules for third parties before the formal campaign starts on Saturday.

As of Saturday, the maximum that any one group can spend on a campaign for Vancouver’s mayor and council is $10,508. Third parties will also have to register with Elections BC, disclose donors and report campaign spending.

These billboards went up well before Sept. 22. And while third parties are not allowed to discuss their advertising with specific candidates during the election period, there are no restrictions beforehand, said Andrew Watson, a spokesman for Elections BC.

Mr. Wall acknowledged on Friday that he gave money to his lawyer to support Mr. Bremner in some way, but said he did not know exactly what the money was spent on.

“It’s possible,” he said in an interview when asked if his money was used to pay for the billboard. “I really don’t know because I don’t look after it."

Mr. Wall’s lawyer, David Gruber of the law firm Bennett Jones, confirmed that “Peter Wall did supply the money that was used to pay for the billboards … and subway posters.”

He also said the money was supplied after the billboard campaign had been decided on as a strategy.

Mr. Bremner says neither he nor anyone on his campaign planned the billboards with the sponsor. “As far as I can tell, there was no co-ordination on our side.”

Mark Marissen, a veteran strategist who has been closely involved in Mr. Bremner’s campaign, did not respond to a Globe and Mail interview request on Friday, but he has said he knew nothing about who paid for the billboards.

Mr. Bremner said he has not complained to Elections BC because it’s not a violation of the campaign-finance law. “We looked at the act and they’re allowed to do that. "

He also said he has no idea how the billboard designers got a picture of him that appears to be a reversed version of a photo of him on his Facebook site.

However, both he and Mr. Gruber emphasized that the current campaign-financing law allows a third party to spend whatever it wants before the formal Sept. 22 to Oct. 20 campaign period.

And nothing in the law requires the third party to register with Elections BC or detail its contributions and spending before Sept. 22.

About a dozen groups are registered as third parties for the civic elections, but Vancouverites for Affordable Housing is not among them.

“It is my understanding of the legislation and regulations that no registration is required,” Mr. Gruber said.

There would be a legal problem if there was any kind of co-ordination between Mr. Bremner’s campaign and any third party, but Mr. Gruber said he “didn’t personally have any communications [with the campaign].” 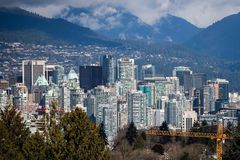 Opinion
Where did Vancouver mayoral candidate Hector Bremner get all that money for those billboards?
September 16, 2018 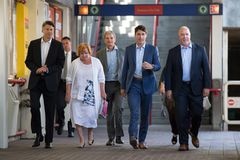 Follow Frances Bula and Gary Mason on Twitter @fabulavancouver @garymasonglobe
Report an error Editorial code of conduct
Due to technical reasons, we have temporarily removed commenting from our articles. We hope to have this fixed soon. Thank you for your patience. If you are looking to give feedback on our new site, please send it along to feedback@globeandmail.com. If you want to write a letter to the editor, please forward to letters@globeandmail.com.
Comments