The Vancouver School Board is cutting honours courses in math and science in its high schools because the school district says they do not comply with the equity and inclusion goal of ensuring that all students can participate in every aspect of the curriculum.

The school board says teachers will instead be encouraged to teach to individual students’ capabilities, including those who excel at math and science. (Honours courses in English were phased out over several years.)

But parents of gifted students say their children will lose the opportunity to dive deeper into maths and sciences without being ostracized in regular classrooms because of their abilities.

Parents were told of the decision in mid-May, months after students had chosen where they would attend high school.

“I find it very interesting that the VSB is using exclusion as the reason for taking away these classes because they were, in fact, the places where I felt the safest,” said Natasha Broemling, whose daughter gave up spots in other schools in order to attend Eric Hamber Secondary School – in part because of the opportunity to enroll in honours courses. Ms. Broemling attended the program herself when she was in high school.

She and other parents of Grade 8 students said they were shocked to learn of the change and worry that their children will struggle to fit in.

“Because people aren’t hurting you in those classes, because you’re not different intellectually,” she said, gifted students often thrive in honours classes, whereas students who do well in one specific subject often get teased in regular classrooms.

“There’s a lot of ways that people are excluded in school. Not all of it is based upon race, socio-economics, gender, disability. Some of it is based on other things,” Ms. Broemling said.

The Vancouver board and others in the province have changed the curriculum significantly since it was introduced in 2015, including getting rid of letter grades. Pedagogical experts maintain the new curriculum is aimed at better ensuring students understand their subject material rather than achieving a certain grade.

And the Vancouver School Board said in a statement that the new curriculum mandates “an inclusive model of education,” so “all students will be able to participate in the curriculum fulsomely.”

But parents worry that cuts to programs such as honours courses force students into one-size-fits-all classrooms, and one education professor says eliminating this outlet for gifted children could see them struggle to meet their potential.

Only two Vancouver high schools offered the honours courses: Hamber and Magee Secondary School. Parents said Hamber included the courses in its online materials for the coming school year, but the district said the course planning guide is not a guarantee of what will be offered. Parents whose children chose Hamber and gave up other opportunities want the courses reinstated – at least for those in Grade 8 who believed that was the high-school program they would be attending next year.

Education Minister Jennifer Whiteside was not available for an interview on the matter. Her spokesman, Scott McKenzie, issued a statement saying the curriculum’s goal is to ensure all students have access to enriched opportunities.

“Challenge or advanced placement options may only be available to a limited number of students, or in specific locations. Because of this, not all students will have an equal opportunity to enroll in these courses,” the statement reads.

The district said gifted students would not miss out on opportunities because a change to the semester system means students who want to accelerate their learning can complete their own grade-level work in a subject and then work ahead into a higher grade level – provided there are spaces to accommodate new students.

The district also said students who are interested in extra challenges can apply to a mini-school. There are 18 schools in the district that offer such schools within a school, allowing students to specialize in programs ranging from academics to the arts to hockey to leadership. According to the district’s website, 1,400 students apply for 500 spaces each year. The students are chosen after an application process that can include an interview.

The district said these schools will not be cut because they do not violate equity principles. “The entire population of a mini school attends because they feel it is better suited to their learning. This is different from streaming students of varying abilities who are all part of the same student population at main schools,” it said in its statement.

The province added that there would be no changes to special-needs programs.

The Globe and Mail reached out to the BC Teachers’ Federation for comment, but the union said the request should be directed to the Vancouver Secondary Teachers’ Association, which did not respond to the inquiry.

Some parents say eliminating the honours courses is not the right way to address equity and inclusivity.

Rebecca Deyell’s daughter turned down offers at mini-schools and at a private school to enroll at Hamber, specifically with the goal of taking honours classes. She said her 12-year-old, who has special learning needs, did not always fit in with her peers in elementary school.

“She was asked by teachers not to put her hand up in class too often. She became bored at school … she started to lose some of the joy and love for learning,” Ms. Deyell said.

She said that after her daughter was offered a place in a Multi-Age Cluster Class for highly gifted students, her child’s learning took off.

“She’s really just accepted by her classmates as herself. This is a group of kids [who have] their own challenges. They have some social-emotional challenges, but the class is super accepting of everybody.”

Jennifer Katz, an expert in special education at the University of British Columbia, supports the curriculum changes and has worked as a consultant for the Vancouver School Board. She said students who are strong in some subjects should be challenged. But she dismissed the concerns of parents who say their gifted children struggle to fit in.

“That’s a stereotype,” she said. “I don’t buy that. That is a part of racism and systemic racism. It’s a part of ‘I don’t want my kids in class with those kids.’ And that’s nonsense.”

She said some specialized programs such as advanced placement are “almost always” made up of “middle- and upper-class kids whose parents have had them tutored for who knows how many years. And so you’re really streaming kids by socio-economic status.”

She said teachers should be teaching a curriculum that is “multilevelled,” so students of different abilities can work on the same assignment but with more advanced inquiry for some.

Dr. Katz and Owen Lo, who is also a special education expert at UBC, stressed that it’s important to ensure educators are trained to teach students with a variety of learning needs, but Dr. Lo disagreed with the decision to cut honours courses. He called the move “radical, oversimplified and irresponsible.”

“I don’t think the response should be cancelling the whole programming. It’s not a sensible way. It’s about addressing the equity issue within the program, rather than cancelling,” he said, adding that teachers may already be struggling to meet the needs of multilevelled classrooms.

He said teachers are currently working with students from a variety of racial and linguistic backgrounds, as well as with students with ADHD and autism.

Lina Jung took honours courses when she went to school, and her son now attends Hamber’s mini-school. She and other parents said they are appalled by suggestions their concerns are rooted in racism.

Dr. Jung, a dentist, said neither she nor her son received extra tutoring. “I am where I am because the public school system had the classes that met my needs – i.e., what my own parents couldn’t afford to pay for on their own.”

She is worried that cutting such programs will likely lead to more exclusion, not less.

“I think you’re going to exclude the kids on each end of the learning profile more. It’s not becoming more inclusive. It is going to be more exclusive because those parents who can afford to seek out different resources will take their kids out of the public system to find a private school.” 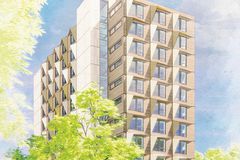 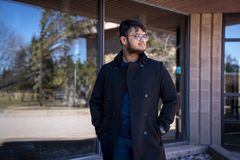