Vancouver’s school board plans to overhaul a program designed for gifted students, leaving some parents worried that their children will no longer have the support they need.

The Vancouver School Board said in a statement that it is proposing significant changes to its gifted and enrichment education at the elementary level, including a program called Multi Age Cluster Class, or MACC.

MACC is a special education program aimed at kids designated as gifted. It has been in place for more than three decades. The program provides academic enrichment and social-emotional support for students in Grade 4 to Grade 7 through a conceptually advanced curriculum.

MACC is currently a full-time, year-round program, but the board is considering changing it to a series of six-week, part-time sessions throughout the school year. The program would no longer be exclusive to gifted students, with its capacity increased to 700 pupils per year instead of 80.

The proposed change to the MACC program follows the board’s decision to phase out honours courses in math and sciences in the only two high schools in Vancouver that are still offering them, which The Globe and Mail reported on last month. The district said it was eliminating the courses to create “diversity, equity and inclusion” in classrooms.

The changes have fuelled a debate about the best way for advanced students to be educated and whether it is better to keep students with diverse learning needs in their own, separate programs or put them in the same classes as everyone else.

B.C. schools hopeful of return to normality in September

The school board said in its statement that it will examine the proposed changes during the coming school year. It said no decisions will be made until that work is finished. The board argues that the proposal would “expand services, increasing equity of access to gifted enrichment for students in the district.”

“The model would enable students to experience full inclusion at their current schools while simultaneously receiving best-practice enrichment programming,” the district’s statement says.

After Lorraine Wong learned about the proposed changes, she and her husband began preparing to apply for private schools for their son, who was assessed as gifted. He just finished Grade 2 at Annie B. Jamieson Elementary School.

“We prefer to stay in the public system, as both my husband and I were a part of [it], but feel we have no choice but to explore options in private schools, where we anticipate a more supportive environment for students with our child’s learning needs,” Ms. Wong and her husband Kevin Leung wrote in an e-mail. They added that they worry that, without a program like the existing version of MACC, their son will “disengage from learning” and begin to act out inappropriately in class.

The Vancouver School District currently offers six gifted-education classes to a total of 110 students. Four MACC classes are held at three elementary schools, two in the west and one in the east. Another program, GOLD, which is designed to meet the needs of gifted secondary students with learning disabilities, offers classes at one East Vancouver high school and another on the west side.

Across the district, there are currently 676 students with gifted designations, according to the school board, which enrolls about 50,000 students in Kindergarten to Grade 12 every year.

Owen Lo, a special education expert at the University of British Columbia, said that while it is good that the VSB is considering expanding MACC to include more eligible students, he was skeptical that six-week sessions will be enough for some students.

While students who are talented in arts, social sciences and languages might be able to gain inspiration during a six-week enrichment program and then continue working on independent projects afterward, he said, a student whose math capabilities are three grades above his or her peers may need longer, more sustained periods of special attention.

The board’s approach to gifted and high-achieving students has been under scrutiny following its decision to phase out honours classes. Some parents have argued that gifted students have not received enough support from Vancouver’s public education system, and experts have questioned the board’s argument that changing or getting rid of such programs is an effective way to address inequities.

“I agree that there is a clear need to take steps to increase racial and social-economic equity in education,” said Carla Elfers, a Vancouver psychologist whose work focuses on supporting the needs of young people who are neurodiverse.

“However, there are no data suggesting that the existence of enrichment programs harms students who are not enrolled in these programs.”

Earlier this month, the Gifted Children Association of B.C. released a statement asking the Ministry of Education and school boards in the province to work together to make specialized classes available province-wide, and to give all students in need of more challenging education chances to apply for it.

The statement also said that cancelling programs like honours classes is likely to “widen the gap between low-income families and those who have the means for enrichment activities. Instead of creating equal opportunity, it limits low-income parents’ options to advance their kids’ learning.”

Jacqueline Specht, director of the Canadian Research Centre on Inclusive Education at Western University, agrees with the Vancouver School Board’s push to ensure gifted and honours students learn alongside the rest of their peers rather than being put into separate streams.

“To me this argument is a red herring. I wonder how many students from low-income families actually enroll at these schools to participate in gifted programming,” Dr. Specht said.

“In general, we see that marginalized groups based on income and race are less likely to be in gifted education. That is one of the arguments for not having many separate streams.”

Advocates for programs for gifted and high-achieving students have pointed to a disparity in where those programs are offered. For example, in Vancouver, of the 10 secondary schools that offer advanced placement, or AP, courses, seven are located in more affluent neighbourhoods on the west side of the city. (The courses are spread out across the schools and no one school offers a complete roster of all AP courses.)

Charmaine Miranda’s daughter, Alexa Bailey, completed all her Grade 12 credits at the age of 15. She wanted to enroll in AP courses, but they weren’t offered at her high school, Sir Charles Tupper Secondary School on the east side of Vancouver. The family tried to cross-enroll her at schools that offered the courses. But their requests were denied, because AP classes are offered on a priority basis to students who are already enrolled at the schools that provide them, Ms. Miranda said.

“This is discrimination based on postal code,” she said. “I’d like to see more AP courses offered on the east side of Vancouver.”

Alison Ogden, a spokesperson for the school district, said decisions on course offerings are based on the numbers of requests received from students.

“In fact, one of our more robust AP programs is actually in one of our east-side schools – David Thompson. So it does depend on students’ course requests, and that is how we are funded by the Ministry of Education,” she said in an interview.

Dr. Lo, the UBC expert, said the disproportionate distribution of gifted programs is a “deep-rooted issue” that has existed in gifted education for decades.

He explained that when gifted programs were first developed roughly two to three decades ago, they were provided in areas where more students with advanced learning needs were identified. Those early decisions, he said, continue to influence which neighbourhoods have access to gifted education and which do not. 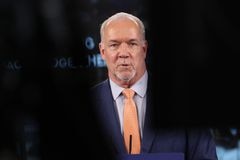 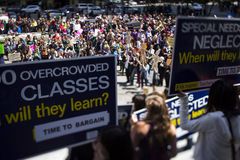