With a new Ontario budget due soon, Premier Doug Ford will spend this month trumpeting his government’s fiscal responsibility.

Unfortunately, he’s also moving ahead with two transit projects that involve waste on an epic scale – and are terrible for the planet.

These are the Scarborough subway extension and an extension of the Eglinton Crosstown LRT west into Etobicoke. Provincial transit agency Metrolinx released further details about these plans on the past two Friday afternoons – the time of the week when governments release information they’d prefer was ignored.

Meanwhile, the Premier is scheduled to make a transportation-related announcement in Scarborough on Tuesday morning.

It’s clear why Metrolinx is sheepish. Each of these projects will be a wildly expensive piece of heavy infrastructure that can’t be justified, even by Metrolinx’s friendly accounting. But they will also have huge environmental impacts.

That’s because each line goes underground. Each involves kilometres’ worth of concrete tunnels, which are totally unnecessary.

Underground tunnelling “takes much longer, and it uses much more construction material, which has a massive environmental impact,” said Shoshanna Saxe, an assistant professor at the University of Toronto’s school of engineering. Prof. Saxe and two colleagues recently wrote a paper on the subject and found that underground rail generates 27 times more greenhouse gases than surface rail.

Sometimes, “there are reasons to build heavy rail underground,” Prof. Saxe said. “But in places in cities where there’s space in the road, and long distances between stations, the advantages of heavy rail disappear, and the disadvantages remain.”

What she’s talking about applies precisely to the two new Toronto projects. They would send a subway through a suburb with lots of open space, and underneath an extremely wide road corridor that has more than enough room to take an LRT line.

Take Scarborough first. This project, years in the making, has been purely political from the start. The Metrolinx business case makes that perfectly clear: It would generate $2.8-billion worth of economic benefits, and cost between $5.5-billion and $6-billion.

The Eglinton project has similarly catastrophic numbers. The transportation agency’s business case cites a number of scenarios; in one of them, the project generates $1.37-billion worth of economic benefits but costs $5.87-billion.

One, the lines run through suburban neighbourhoods that don’t have a high density of homes and jobs. The zone along Eglinton West is largely the Yellowbelt of single-family homes, including the Premier’s house.

The province is making all sorts of rosy assumptions that the lines will create development – we’ll see – but city planning rules still privilege detached houses. So while waves of new apartment buildings should follow transit, they mostly won’t.

“In a world where we’re serious about our climate crisis,” Prof. Saxe says, “we need to build infrastructure that’s fit for purpose, and be cautious with our resources both financial and environmental.”

That means surface light rail. Or, Prof. Saxe says, bus rapid transit, “which would bring higher-order transit to huge numbers of people, and do it nearly overnight.” But that would mean accepting that a new subway can and should run above ground. It would mean taking car lanes away and giving them to LRTs.

A Ford government won’t do that. It’s worth asking why not.

Costs of major transit projects will far exceed their benefits, according to Metrolinx reports
February 28, 2020 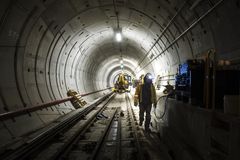 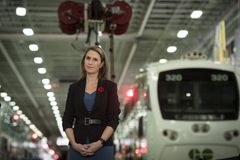 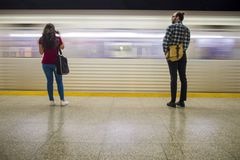