Toronto voters have re-elected Mayor John Tory, handing him a landslide win in a campaign overshadowed by Ontario Premier Doug Ford’s move to rip up the city’s ward boundaries without warning and cut its council almost in half.

Mr. Tory addressed cheering campaign volunteers at a downtown hotel ballroom, taking the stage to the Rolling Stones' Start Me Up after early results showed him with more than 63 per cent of the vote.

“Building on the foundations of the last four years, over the next four years my goal is to make sure that no one anywhere feels like opportunity is a distant point on the horizon,” Mr. Tory said. “We must continue to be a city that is a place of hope for everyone, not a place where people should lose hope.”

He thanked Jennifer Keesmaat for her campaign, and vowed to unify the city and address its growing inequality, while building transit and more affordable housing. He also promised a “renewed effort” to address growing gun violence as well tackling the crisis of mental health and addiction – all while also repeating his mantra about keeping taxes low. 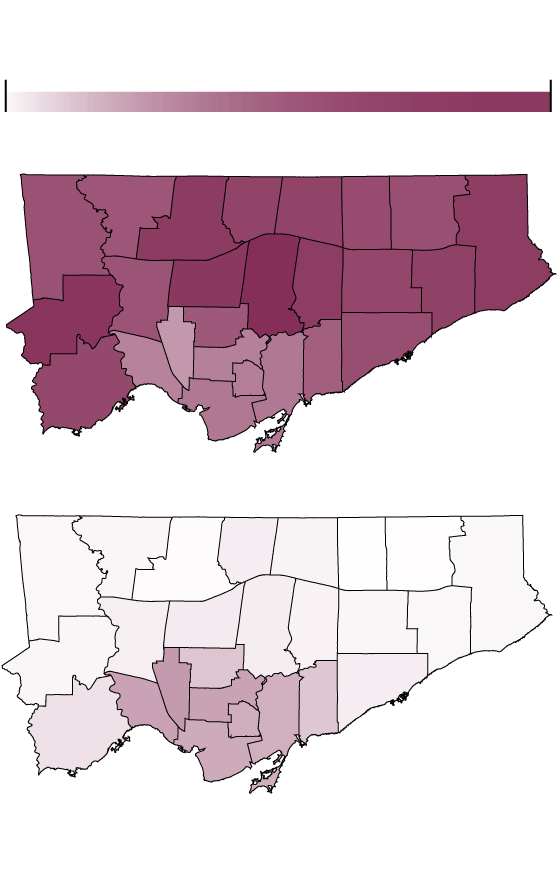 SOURCE: UNOFFICIAL RESULTS FROM THE CITY OF TORONTO 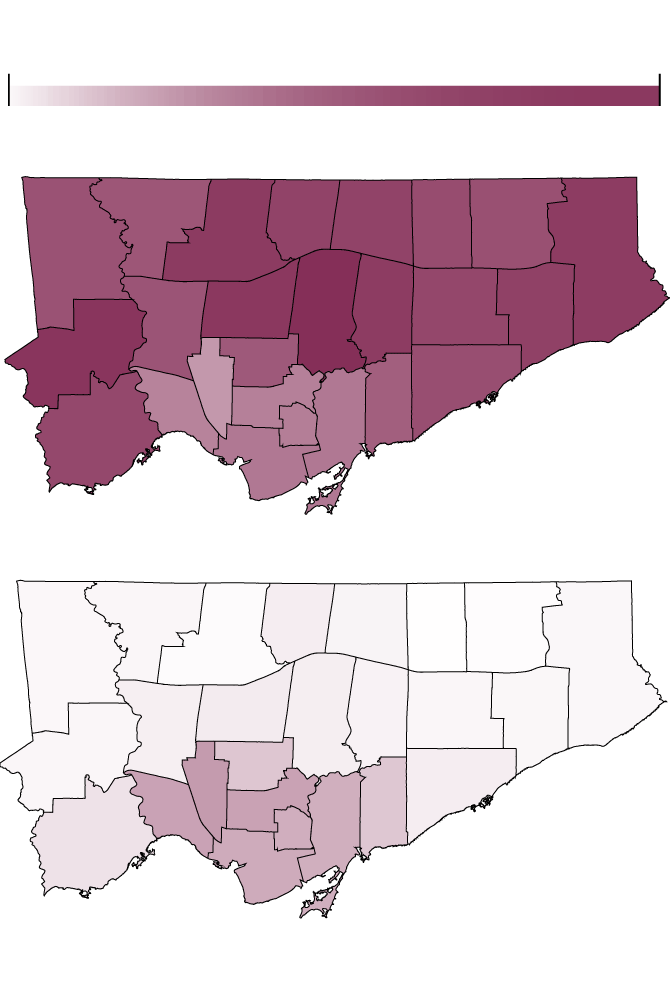 SOURCE: UNOFFICIAL RESULTS FROM THE CITY OF TORONTO

THE GLOBE AND MAIL, SOURCE: UNOFFICIAL RESULTS FROM THE CITY OF TORONTO

Meanwhile, Keesmaat supporters filled a hall on Queen Street West and the crowd was upbeat as the minutes counted down to the polls closing. But it quieted as early results showed her trailing badly. A few groaned audibly when one of the television channels called the race for Mr. Tory.

Speaking minutes later, Ms. Keesmaat told the crowd that together they had made a difference in the campaign.

"I am deeply humbled by your confidence," she told supporters, adding that she congratulated Mr. Tory on his win. "It falls to all of us to wish him every success."

Read more: A look at the 2018 Toronto election results, ward by ward

Once the victory celebrations are over, the 64-year-old Mr. Tory, a former Ontario Progressive Conservative Leader and Rogers Cable chief executive, will face a series of challenges, but the biggest may be waiting at Queen’s Park.

Progressive Conservative Premier Ford, a former Toronto councillor, mayoral candidate and the brother of the late former mayor Rob Ford, has already shown a willingness to meddle in the city’s affairs and has plans to take ownership of the city’s subways. In dealing with Mr. Ford, the centre-right Mr. Tory will have to show that the more diplomatic, less confrontational approach he offered Toronto voters in the election actually produces results on matters such as funding for public transit and social housing.

It was Mr. Ford’s sudden mid-campaign move to cut Toronto’s city council to 25 from 47 wards that prompted Ms. Keesmaat to launch her last-ditch mayoral challenge on July 27, with just hours to spare before nominations closed. She said Mr. Tory’s call for a referendum in response to Mr. Ford’s idea was “tepid,” and said the city needed a mayor who would stand up to Mr. Ford’s agenda.

Mr. Tory’s key pledge in the campaign was to keep residential property-tax increases at inflation, as he did in his first term. But he will have to keep this promise in the face of warnings from many, including the former city manager, that Toronto needs new sources of revenue and should no longer rely on its volatile land-transfer tax to balance its books.

Mr. Tory also said he would continue to use tax and other incentives and city land to build more affordable housing units, promising 40,000 over the next 12 years. Ms. Keesmaat had pledged to build 100,000 in 10 years, by accelerating the handover of surplus city land – a promise Mr. Tory derided as unrealistic.

He also had to defend his move to convince council last term to authorize the rebuilding of the easternmost section of the crumbling elevated Gardiner Expressway. Ms. Keesmaat had pledged to tear it down instead, replacing it with an at-grade “grand boulevard” that she said would save $500-million.

After easily winning a second term as Toronto Mayor, John Tory said he will work with all levels of government to decrease gun violence, increase affordable housing, and build new transit.

Early election returns also showed Faith Goldy, a far-right white nationalist candidate, winning 3.4 per cent or more than 20,000 votes – outpolling other fringe candidates and placing third. Ms. Goldy, who was not invited to debates with Mr. Tory and the other candidates, walked on stage at the first one before being escorted out by security. A handful of her supporters also briefly disrupted a later debate. Mr. Tory had said he would not debate any candidate with a history of hate speech.

Mr. Ford’s move to cut council created a series of hard-fought races in the new larger wards between well-known incumbent councillors across the city. The tight fights prompted Mr. Tory to make a handful of strategic endorsements, supporting candidates who could make the new, smaller council more amenable to his agenda.

In Ward 19 (Beaches-East York) his efforts to help city planner Brad Bradford appeared to pay off, giving him a narrow edge over former NDP MP Matthew Kellway, according to early results. But in Ward 12 (Toronto-St. Paul’s), Josh Matlow – a frequent critic of the mayor and the Scarborough subway extension – defeated NDPer Joe Mihevc, despite an endorsement for Mr. Mihevc from Mr. Tory.

In other races, newcomer Jennifer McKelvie, who ran unsuccessfully in 2014, defeated NDP incumbent Neethan Shan in Ward 25 (Scarborough-Rouge Park). And the outspoken Giorgio Mammoliti, in municipal politics since the 1990s, was defeated by fellow incumbent Anthony Peruzza, a New Democrat.

Mr. Tory’s own re-election as mayor was almost never in doubt. His campaign boasted of raising $1-million by July, long before Ms. Keesmaat had even signed up. He ran a classic front-runner campaign, taking few risks – including refusing to debate Ms. Keesmaat alone – and making few new promises.

The new 25-member council, like the previous 44-member chamber, could see the left try to persuade a small group of centrists to side with it and challenge the mayor's core supporters, on certain issues, or force Mr. Tory to offer them concessions. But key losses for NDPers, including Mr. Shan and long-serving Maria Augimeri in Ward 6 (York Centre), could make this more difficult.

Former Liberal MP and incumbent councillor Jim Karygiannis also defeated long-time councillor Norm Kelly in Ward 22 (Scarborough-Agincourt). Mr. Kelly, who created an outsized persona on Twitter, was the deputy mayor who stepped in when mayor Rob Ford as stripped of many of his powers in 2013.

Having won a second term as Toronto Mayor, John Tory will face the challenge of working with Ontario Premier Doug Ford. But The Globe’s Toronto City Hall reporter Jeff Gray says the results of the election for city councillors may help Tory’s agenda.