Something’s going on out back. A new report from Toronto’s planning department suggests how the city should allow housing laneways. It’s a long-overdue move to loosen up the rules and bring life, and people, to the city’s overlooked alleys.

And while this move won’t change Toronto dramatically, it’s a welcome sign of some flexible thinking about how the city will grow.

Dubbed “Changing Lanes,” the report goes to Toronto East York Community Council this week, and then likely City Council next month. It deserves to pass with strong support. By the summer, the city could be issuing building permits for laneway suites within the Toronto-East York area. “And that’s the goal,” says the city’s chief planner Gregg Lintern. “It should be as easy as converting your basement. We want to see these get built.”

That’ll be welcome news to the activists who have been working on this issue for years, including the local non-profits Evergreen and Lanescape. Together with city councillors Ana Bailao and Mary-Margaret McMahon, they put the issue back on the agenda last year.

Toronto’s government last examined the issue in 2006, and staff shut it down decisively. Among the problems raised were the difficulties of servicing the lots, privacy concerns and a concern about “neighbourhood character,” or disrupting the pattern of buildings and lots in a neighbourhood.

The new proposal solves these problems with one simple move: It only allows laneway suites as appendages to existing houses. They can’t be separate lots, but must be linked legally to houses that front on a street; they will get their water and electrical service, too, via the main house. These units will be limited to one or two storeys, depending on the size of the lot and other factors; they’ll have to keep a certain distance from the main house on the lot.

This is a financial gift to homeowners who will now find themselves unexpectedly owning a site that can accommodate a new house. It will also accommodate “different family structures and different ways of living,” as Mr. Lintern argues.

In one sense, this change is modest. It will result in nearly invisible, and incremental, change to house neighbourhoods. “We don’t expect the numbers to be dramatic,” says Graig Uens, the young planner who has driven this effort for the city; he estimates between 100 and 300 such projects might be started each year, on thousands of possible sites. “But it will be really interesting to see the numbers − and how the character of the lanes changes. We think it will, for the better.”

On the other hand, it’s quite radical in planning terms. The city’s Neighbourhoods, so called in the Official Plan, are the part of Toronto most thoroughly locked down by planning regulation. Any change there, the policy says, “must be sensitive, gradual and generally ‘fit’ the existing physical character.”

That is a policy that city planners are bound to protect, and Mr. Lintern defends its aims. “People expect us to protect that character, and that character is something people value about Toronto,” he says. “Any change has to be nested in the Official Plan,” says Mr. Lintern. “But we’re asking, how can the plan support the gradual evolution of the city?”

Some flexibility makes sense. After all, those neighbourhoods weren’t built to any rule book. They were laid out largely by private landowners between 1870 and 1940, with little regulation and little oversight from government. Planning rules were imposed on this cityscape after the fact, meant to defend the virtues of light and air and privacy.

But the oldest neighbourhoods in the city are full of buildings that never did fit the rules. Houses are too big and too crowded. There are businesses. On my own block, just south of Dupont Street, there’s a long-established workshop and at least two grey-market enterprises operating out of garages.

And there is housing, some of it a century old. These old cottages have provided a point of inspiration for local architects ever since Jeffery Stinson built himself a home in a Kensington Market lane in the late 1980s, followed by Shim-Sutcliffe Architects in Leslieville in 1993.

Some 30 years later, the planners have caught on. What’s taken so long? Partly the politics; Lanescape, Ms. McMahon and Ms. Bailao all deserve credit for coaxing homeowners and residents’ associations along, as Mr. Uens has also skillfully done. “There is a political context that planning works within,” Mr. Lintern acknowledges.

But there is a larger reluctance among many city planners to acknowledge the messiness and variety of these well-loved neighbourhoods. Mr. Lintern cites a bike tour of Toronto laneways he took last year as “a transformative moment” for him personally. “There’s a dishevelled quality back there,” he says. “You really need to go and see it.”

To his credit, the chief planner acknowledges that the neighbourhoods “haven’t been static,” as he puts it. “In the 1930s and 1940s they were denser than they are today, and that has to do with a whole set of social changes.” Mr. Lintern asked planning staff to look at the setup of certain neighbourhoods, and found that the Annex, for one, has more units but fewer people than it did historically. Why? Smaller families, more singles, different ways of living. The way we live keeps evolving, and our buildings must keep changing with us. 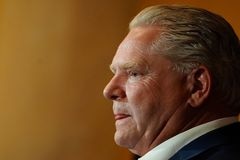