Mike Babins and Maria Petrucci have been operating the Evergreen Cannabis Society store for three years under a special Vancouver permit, but have no idea whether they will be able to open legally when a century of prohibition ends across Canada on Oct. 17. The province’s application process opened in August, but they got approval from the city to pursue a licence only last week.

“It feels like a lot of things are going to be so last-minute,” Mr. Babins said.

Across the Rockies, Angus Taylor, chief administrative officer at NewLeaf Cannabis, says his retail chain expects at least 15 of the two dozen outlets it has planned for Alberta to be open and selling on the first day. The firm has hired store managers for most of these locations, and is in the midst of a job fair blitz to fill out a staff roster of more than 100, he said.

His company has no immediate plans to set up shop further west.

“We decided quite some time ago to concentrate our efforts here. This is our back yard. We came to understand the system that was being deployed here and came to decide that our best value would be created in a market we understand,” he said. “It seems very unclear what the actual policy in B.C. is today and will be six months from now, so we’re taking a wait-and-see approach.”

Despite long being the face of Canada’s underground cannabis industry, British Columbia will have a single licensed retail outlet on the first day marijuana is legal. B.C. has been one of the slowest provinces to get its licensing system started. It was initially delayed because the NDP government that took over last summer had to begin creating a regulatory regime long after other provinces had theirs under way. With a mix of public and private retailers, and the need to include the many micro-growers in B.C., it is also one of the most complex.

And while many operators of the province’s more than 100 illegal cannabis dispensaries say they will close while waiting to join the regulated sector, dozens are expected to keep operating.

Alberta, which has always cracked down on illegal cannabis sales, will have only private stores, has given applicants more lead time, and is poised to have dozens of licensed retailers ready to open.

The province began accepting applications in March, and was in the midst of processing 817 applications as of last Monday, according to Heather Holmen, communications manager for Alberta Gaming and Liquor Commission. It takes up to four months to screen an aspiring retailer for security or financial red flags before sending the application to a municipality for a local business development permit, she said.

Ms. Holmen could not say how many applications have been approved or estimate how many stores will be selling a month from now. But, she said, the province expects up to 250 locations to open in the first year – an estimate based on what happened in Colorado, which has a similar population size and geography.

“Initially, we were working to be ready for July 1 [ the original legalization date], and we have now been afforded more time,” she said. “Essentially, we’re feeling very confident moving into it.

“Will there be some hiccups? Perhaps, but we’re doing as much as we can right now to make sure those are limited.”

Cannabis consultant and lobbyist Jamie Shaw, a former dispensary director in Vancouver, said one example of how B.C. lags Alberta is that no official retail training course has been released. She said she assumes employees of the government outlet that is set to open in Kamloops on Oct. 17 have had some official training, but no program has been released to private applicants that want to begin teaching their workers how the regulator expects them to sell the drug.

“Alberta’s has been up for quite a while,” said Ms. Shaw, who represents a dozen aspiring retailers across B.C., Alberta and Ontario.

Many B.C. communities waited for provincial legislation to pass at the end of May before devising retail rules, and many are waiting until after next month’s municipal elections before crafting their bylaws, the province’s Soliticitor-General said this week. Ms. Shaw expects B.C. to start handing out private licences around next April, the same time Ontario has signaled it will launch its private stores after ditching the previous government’s plan for a provincially run monopoly .

That estimate is too conservative, says retiring Vancouver councillor Kerry Jang, architect of the Vancouver bylaw that permitted marijuana outlets three years ago. Mr. Jang, who co-chaired a provincial-municipal cannabis committee to craft regulations, said he expects “several stores” by the end of this year, adding that at least four communities have completed background and finance screening with the province.

Mr. Jang said B.C. had far more policy wrinkles to work out than Alberta, including the need to develop the capability to shut down illegal dispensaries that operate past legalization.

“It’s not a race to the front, it’s a race to doing this properly, and B.C. has far greater regulations and more thoughtful regulations than any of the jurisdictions we looked at,” Mr. Jang said.

Back at the Evergreen dispensary, a woman tells the budtender at the counter she is worried that if the store shuts down to await a licence, she’ll run out of the THC-infused balm she uses to ease the pain in her foot. The employee says he can’t guarantee any product will be on the shelves a month from how, so she gets three jars, and hopes they will last until the new year. 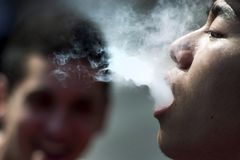 Dear reader: When it comes to presenting cannabis stories, we tried something new
September 24, 2018 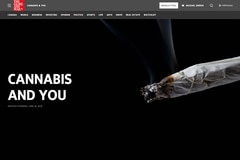 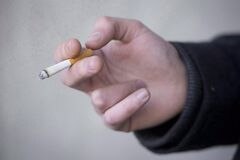