The Toronto-based licensed producer saw revenue more than triple to $5.6-million during the three-month period ended Dec. 31, but operating expenses soared as well.

The uptick in costs was driven by an increase in research and development expenses, talent acquisition and professional and consulting fees for various strategic initiatives, Cronos said.

Its chief executive, Mike Gorenstein, said the company has been investing in areas of the cannabis supply chain that have long-term sustainable value, such as developing branded products and intellectual property, rather than cultivation and production capacity.

“This focused approach is proving successful and analogous industries, such as consumer packaged goods in pharmaceuticals, and we think it will prove successful in the cannabis industry as well,” he told analysts on a conference call on Tuesday.

“In other words, you can expect our focus to be on making the cheese, rather than raising and milking the cows.”

Cronos stock was down as much as 5 per cent on the Toronto Stock Exchange to $25.85 in early trading, compared with its previous close of $27.36, but was closed at $XX.XX.

This was Cronos’s first quarterly earnings to capture sales postlegalization of adult-use cannabis on Oct. 17. Although pot producers boosted production in the lead up to legalization, shortages of product across the country continue to linger.

Cronos’s revenues for the quarter at $5.6-million fell short of the $10.44-million expected by analysts surveyed by Thomson Reuters Eikon.

Its revenues were also below that of its peers during the latest quarter, said Owen Bennett, an analyst with Jefferies. For example, Canopy Growth Corp. and Aurora Cannabis had quarterly revenues of $83-million and $54-million, respectively, while Organigram Holdings and Hexo Corp. posted revenues of $12-million and $13-million, he said in a note to clients.

Given Cronos’s valuation – helped by a recent $2.4-billion equity investment by tobacco giant Altria Group Inc. – these results are “not exactly inspiring,” he said.

Cronos did not break out recreational sales, but Mr. Bennett estimates that it totalled approximately $2.3-million during the quarter, also lower than the adult-use sales reported by peers.

“With capacity remaining limiting (in our view), its main recreational brand still receiving muted reviews, and unclear derivative infrastructure, we struggle to see how sales will materially pick up throughout 2019,” Mr. Bennett said.

Cronos reported a net loss of $11.6-million during the three month period ended Dec. 31, compared with a profit of $2.1-million one year earlier. The company’s quarterly operating expenses were $12.4-million, up from $2.9-million during the fourth quarter in 2017.

Earlier this month, Cronos closed the $2.4-billion equity investment by Altria, which now gives the Marlboro maker a 45-per-cent stake in the licensed producer. Under that agreement, Altria can also invest up to a further $1.4-billion within four years that would increase its ownership stake in the Toronto-based pot producer to 55 per cent.

Although Altria has a stake in e-cigarette maker Juul, when asked whether this could be leveraged to develop a cannabis vape device, Mr. Gorenstein said Cronos sees cannabinoids as distinct from nicotine. However, he said Altria has some innovation and expertise in tobacco that can be useful for prerolled cannabis.

“The [Altria] investment not only provides additional access to financial resources, but also the ability to accelerate and scale our product development and commercialization capabilities globally.” 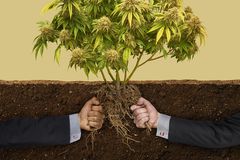 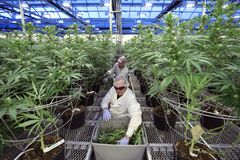 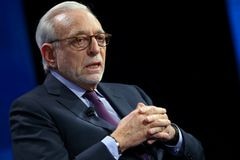