Doug Firby
Calgary
Special to The Globe and Mail
Published May 12, 2021 Updated May 13, 2021
Comments
Text Size

Like it or not, battery-electric zero-emission vehicles (ZEVs) will soon be a common fact of life on Canadian roads. And while that may be good for the Earth, a lot of drivers are asking another pressing question: How good is it for their wallets?

For a typical Canadian driver, not very – at least, not yet.

That’s a simplistic answer to a question that becomes ever more complex as you dive down the rabbit hole of variables. Considering all the factors at play, the answer becomes a very murky, “It depends.”

In the market for a car? Read GlobeDrive's guides for your next vehicle purchase

For some high-mileage drivers in provinces with the highest gasoline prices and generous electric-vehicle purchase subsidies, a business case can be made for owning a ZEV right now. Yet for Canadians who drive the national average of 15,200 kilometres a year and trade in their vehicles every 6½ years, it is still cheaper to own a good ol’ internal combustion engine (ICE) vehicle.

A complete cost-benefit analysis needs to take into consideration literally dozens of variables. Some of the biggest ones are: How many kilometres a year do you drive? What is the local price of gasoline? Do you intend to buy a moderately priced Bolt (at $38,198, Canada’s lowest-priced EV) or a luxury-priced Tesla Model X ($124,999)? What rebates are available in your province? Do you have to fork out several hundred dollars for an at-home charger? How long do you intend to keep the vehicle? What is your driving style? Do you intend to tow a trailer? Do you live in frosty Winnipeg or moderate Victoria? When will you (or will you) need to replace the EV’s battery?

These factors, and more, are all rolled up into a term called “total cost of ownership.” A typical calculation considers many of these factors, including vehicle depreciation, maintenance and insurance costs, and fuelling (or energy) costs.

Fortunately, you don’t have to be a whiz at spreadsheets to figure this out. There are some great online tools to help you do the analysis. The Canadian Automobile Association’s EV calculator not only crunches the numbers for you but also helps you understand the different types of EVs on the market.

Let’s look at the Bolt first and then the Tesla.

The subcompact Bolt is listed at $38,198 and qualifies for an $8,000 provincial rebate in Quebec, plus a $5,000 federal rebate, bringing the cost to the consumer down to $25,198. (British Columbia, Quebec and Nova Scotia offer rebates on new BEVs, while Ontario offers $1,000 on used EVs of all types.) A comparable subcompact with a conventional gas-powered engine is the mid-grade Kia Rio LX+, which lists for $18,245, or $6,953 less than the rebate-subsidized Bolt.

Rebates, however, don’t come into play on luxury vehicles, such as the Tesla Model X. (Quebec offers no rebates on EVs priced at $60,000 or more.) Based on the same criteria cited in the first example – 20,000 kilometres a year and five years of ownership – the annual cost of owning a Model X in Quebec is $17,901.66.

The more kilometres you drive each year, the more EVs will save you money, although there may be the occasional unpleasant surprise. Saskatchewan, for example, recently announced it will impose a $150 tax on EV owners to make up for the road tax not collected from the purchase of gasoline. Several U.S. states have similar taxes.

Yet developing trends seem to favour EVs. Maintenance costs are expected to be lower because electric motors require less care than more complex internal combustion engines. Gasoline prices, driven down by reduced vehicle use during the pandemic, are starting to creep back up, with prices exceeding $1.35 a litre in parts of British Columbia, Ontario and Newfoundland, according to the GasBuddy website. The federal carbon tax will reach $50 a ton by 2022 and $170 by 2030, adding nearly 40 cents to the price of a litre of gasoline nine years from now.

Meanwhile, as the manufacturing of EVs and their batteries ramp up, the cost of production is rapidly dropping. Electric Mobility Canada, an organization that promotes increased adoption of EVs, predicts the purchase price of EVs will reach par with conventional vehicles within three to four years, said chief executive officer Daniel Breton. By then, he said, no subsidies will be needed to assure drivers they’ll save money by driving an EV. 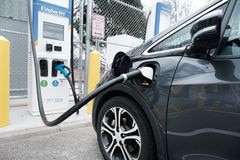 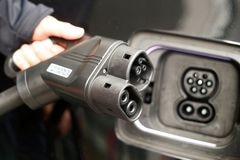