For years now, we’ve been hearing that self-driving cars are just around the corner.

But we don’t have any yet – and it might be decades before you’ll see one in your driveway, experts say.

“I’ve been saying for the last five years that self-driving cars aren’t likely to be here before, I would guess, 2050,” said Kelly Funkhouser, head of connected and automated vehicles for Consumer Reports. “Anyone that’s telling you it’s sooner than that is trying to sell you something, whether it’s a product or a dream.”

At Levels 0 to 2, cars can’t ever drive themselves.

Level 2 has been around for a while. Despite its name, Tesla’s Autopilot is Level 2.

Like GM’s Super Cruise, it provides driver assistance using adaptive cruise control, automatic emergency braking and lane-keeping assist. Even if your feet are off the pedals and your hands are off the steering wheel, you’re still the one driving.

Level 3 and 4 cars can drive themselves under certain conditions. They might only work at low speeds and only on specific, well-mapped routes.

Low-speed self-driving shuttles have been tested in several Canadian cities. In California, Alphabet’s Waymo and GM’s Cruise have just applied to offer paid rides and deliveries after testing autonomous vehicles on roads there.

But, for a while at least, robo-taxi and delivery services will only be in certain neighbourhoods in a few cities. Taxis and car services may still require a human driver as backup.

For instance, despite national TV commercials touting driverless delivery, Dominos is only testing the service on certain days in one Houston neighbourhood.

These services are typically deployed in residential neighbourhoods with lower speed limits and not a lot of traffic.

But at Level 5, a car would be able to drive itself on any road, at any speed, in any weather, without the need for you to ever supervise or take over.

We’re not anywhere close to that, Funkhouser said.

“If you’re talking about being able to order a car from an app on your phone, put in where you want to go and it takes you anywhere at all, that’s obviously further away than a shuttle that takes you the first and last mile,” Funkhouser said.

It doesn’t mean your car can drive itself, only that it might some day.

But, it promises that the tech will get better through “over-the-air software updates.”

In January, Musk told investors that he was “highly confident the car will be able to drive itself with reliability in excess of human this year.”

That would likely mean Level 5. But in March, Tesla engineers told California’s Department of Motor Vehicles (DMV) that Tesla’s cars are still firmly at Level 2.

Musk’s prediction of self-driving tech by the end of the year, which he’d been wrong about in 2020, “doesn’t match engineering reality,” a California DMV memo said.

While Tesla has said that cars need to log more hours of driving experience to become capable of driving themselves using existing sensor technology, others think that capability is still years away.

“To have a self-driving car in your garage, it’s not coming now, it’s not coming next year and it’s not coming in the next couple of years,” said Kristin Kolodge, executive director of human machine interface at J.D. Power. “We’ve asked the experts in the industry and they think it will be upwards of 10 years.”

What’s the holdup? It’s both a software and a hardware problem, Kolodge said.

Cars will have to be programmed to tackle nearly countless scenarios on roads that they’ll share with conventional vehicles. Plus, the sensors we have now still can’t see faded or snow-covered lines on the pavement.

Consumer Reports’ Funkhouser thinks the technology to build a car that can drive anywhere all on its own “probably hasn’t been invented yet.”

“Whoever figures that out will make a whole lot of money,” she said. “There’s a lot of uncertainty and randomness and chaos that these machines will have to deal with – and human drivers won’t be going away any time soon.”

Could self-driving tech come sooner if we give autonomous vehicles (AVs) their own dedicated lanes?

“That’s really, really far from reality,” Funkhouser said. “The highways don’t have the capacity to dedicate a lane to these vehicles.”

Could hype from car companies, including names such as Autopilot, make drivers think their cars can actually drive themselves?

Since 2016, there have been at least three fatal U.S. crashes where Autopilot was engaged.

In 2018, a 38-year-old man was killed when his Tesla Model S crashed into a safety barrier on a California highway in 2018.

The U.S. National Transportation Safety Board (NTSB) determined that he’d been using Autopilot and playing a game on his phone at the time of the crash.

“You can’t read a book, you can’t watch a movie or a TV show, you can’t text, and you can’t play video games and yet that’s precisely what we found that this driver was doing,” said NTSB Chairman Robert Sumwalt in a hearing.

After a Tesla Model S crash in Texas last month that killed two people, local authorities said nobody was in the driver seat. That fuelled speculation that the driver may have been treating it as a self-driving car.

But in a preliminary report released this week, the NTSB said home security camera footage showed the driver getting into the driver’s seat. Also, it said Tesla’s Autosteer doesn’t work on the road where the crash happened because it doesn’t have painted lanes.

J.D. Power’s Kolodge thinks the name Autopilot is misleading – and it’s part of a trend of companies promising buyers more than the technology can deliver.

That might hurt consumer confidence in future self-driving and driver assistance technology, she said.

In J.D. Power’s most recent consumer confidence study, only 13 per cent of Canadian consumers who drive a personal vehicle said they would be comfortable riding in a self-driving car.

“Overpromising is a risk for the brand and for the entire industry,” Kolodge said. “What we’re calling these technologies and how we’re explaining them is a really big deal.” 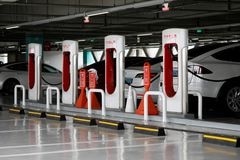 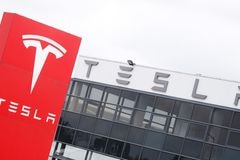 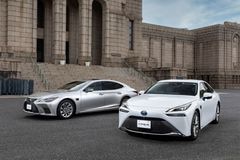