Anyone who considers buying a full-size SUV these days probably doesn’t lose sleep over climate change. Even if they do accept climate change is real, and that somebody should do something about it, they mean somebody else.

Either way, they were likely unconcerned when General Motors reinvented its biggest SUVs for 2021 and their fuel consumption was, depending on the engine, virtually unchanged or worse.

However it turns out GM wasn’t indifferent to the carbon footprint of the Tahoe (or its Suburban sibling and their respective GMC Yukon and Cadillac Escalade cousins). Late last year, it added a diesel engine option – the only diesel in its segment – to the whole family of bruiser SUVs.

Its claimed 277 horsepower is well down on the gas 5.3′s 355 horsepower, but its thumping 460 lb-ft of torque exactly matches that of the gas 6.2. However the diesel achieves its peak outputs at much lower (read: real-world) engine speeds: peak power requires only 3,750 rpm compared with 5,600 rpm for the gas engines, while peak torque arrives at just 1,500 rpm versus 4,100 rpm.

The “Duramax” diesel asks a relatively modest premium of $1,997 over the 5.3 V8 that’s standard on most trims, or is a no-charge alternative to the standard 6.2 V8 on the top-trim High Country. Only the Z71 trim can’t be Duramaxed, apparently because of a hardware packaging conflict behind the off-roader’s tucked-back-for-clearance front fascia. The test sample was the penultimate Premier trim.

There’s also a good business case for the diesel option. According to the federal government’s EnerGuideannual fuel-cost estimates, the Duramax would pay for itself in less than three years versus the 5.3 V8, and save $1,600 a year right from the get-go compared with the 6.2 V8. The government math is based on paying $1.09 a litre for gasoline and $1.20 for diesel, although at time of writing diesel was cheaper than gasoline in most of Canada.

If an official 10.6 litres per 100 kilometres is impressive for a beast of this size, that actually appears to understate its real-world fuel efficiency. When I picked up the test truck, the trip computers showed an average 9.0 litres over the previous 1,000 kilometres and a barely credible 7.8 litre average over the most recent 400 kilometres. Was the on-board computer lying through its teeth?

Maybe just a little, but a bigger factor is that those who drove the truck before me had accepted a challenge from GM to maximize their miserliness. Their stint included 250 kilometres of “hypermiling,” which produced 6.9 litres per 100 kilometres. Another Canadian reviewer reported the same result for a 300-kilometre mostly freeway drive at 105 to 115 kilometres an hour. Down in the United States, Car and Driver measured 8.7 litres per 100 kilometres over its standard 320-kilometre highway test at 121 kilometres an hour.

My own test involved no special exercises in feather-footing, though I did avoid overtly aggressive driving. Over six days of mixed use, including multiple cold starts, I saw 9.5 litres per 100 kilometres on the trip computer, or 9.9 litres as calculated from my brim-to-brim fill-ups.

Either way, that’s better than the official 10.6 litres combined (diesels often do better relative to their official numbers than do gasoline vehicles). It is also, in absolute terms, astonishing for a vehicle of this size and capability.

As an in-line six-cylinder, the engine is impressively smooth; likewise, the action of the auto stop-start feature. On the move, the gravelly character of the diesel voice is apparent, but it’s hardly bothersome, and the alternative gas engines aren’t particularly tuneful either. And any are silenced once the transmission slips into 10th gear on the highway and you enjoy sublimely laid-back cruising with the tachometer showing 1,600 rpm at 120 kilometres an hour.

Performance? With “only” 277 horsepower and half a heartbeat of turbo lag on a hard launch, the diesel won’t dominate the drag strip. We had no opportunity to attach our test gear, but having previously measured zero to 100 kilometres an hour in 8.5 seconds on a GMC Sierra with the same powertrain, we predict about nine seconds for the somewhat heavier Tahoe. Whatever. In real-life driving, it feels effortlessly effective as you surf its tsunami of low-end torque.

The maximum tow rating, incidentally, is 8,200 pounds with two-wheel drive or 8,000 pounds with four-wheel-drive – 200 pounds less in each case than the highest-rated gas model.

On the other hand, diesels usually consume and emit less in the real world than predicted by the official lab numbers. Combine that with pocketbook savings, a potential cruising range of 800 to 1,000 kilometres, and the all-round good-naturedness of the engine itself, and the diesel option seems like a no-brainer.

That is, if you must buy a full-size SUV at all. 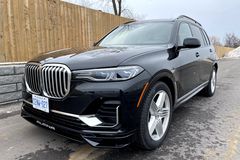 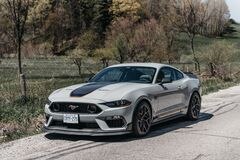 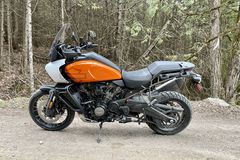