When it comes to evaluating the economic and fiscal proposals of Democratic President Barack Obama and his Republican challenger, Mitt Romney, in the U.S. election battle, economist Richard Duncan takes a firm pox-on-both-their-houses view.

The Democrats "have no discernible ideas at all," Mr. Duncan was saying the other day from his home in Bangkok. Which is not surprising coming from a bearish adviser and author of conservative bent who thinks the world went off the rails when it abandoned the gold standard. His latest book is called The New Depression. But he is even harder on the Republicans, who have been "kidnapped by this far-right fringe, the Tea Party. The Tea Party wants the government to cut the budget deficit right away. If they do that, we will immediately collapse into a new Great Depression."

Even worse, the Tea Party crowd still harbour the illusion that market forces can right the economic ship if government gets out of the way. But the private sector is pretty much tapped out, and laissez-faire capitalism ceased to exist long ago. Economies, he argues, "are like bicycles. They either move forward or they fall over." And right now, the only things holding the American bicycle up are deficit spending and huge quantities of monetary stimulus from Federal Reserve chief Ben Bernanke and his crew.

After the election, Mr. Duncan expects the winner, regardless of party, to pretty much maintain a Japanese-style approach – with whopping trillion-dollar-plus budget deficits and aggressive monetary stimulus to shore up consumption. "The good news is that that's better than option 1, which is to balance the budget immediately and we all spiral into a new Dark Ages. If you spend $1-trillion less, 10 million or more Americans lose their jobs, consumption collapses and business investment collapses." And if the U.S. turns into another Greece, it's sure to take the rest of the world with it.

But he isn't wandering the streets of Bangkok carrying a sign reading: The end is nigh.

Quite the contrary. "If I thought the world were doomed, then I'm not really sure I would write these books. I would just depress myself," he says, sounding somewhat tired after nearly three months travelling the globe to promote his new book. "But I believe that we're repeating exactly the same process that we went through in the Great Depression. … This time, we've got to do better. We have to learn from our mistakes."

He comes armed with what seems a politically impossible solution that involves governments taking full advantage of record-low long-term interest rates to borrow vast sums and then funnel the cash on a massive scale into new industries such as solar energy and other cutting-edge technologies. Such investments, he argues, have the potential to transform economies, rebalance global trade and produce a high enough return on capital to bring public budgets back into balance.

Rather than the current focus on refuelling the credit-based consumption that got us into the current mess, government needs to use its money-printing clout to promote productive investment and restore sustainable growth.

"I'm not running for president, so I can go way out on a limb with really radical proposals," he says. "We can't just begin by saying that this solution is politically impossible: 'Therefore, we're doomed.' I think it can be solved and I think that it is politically possible to persuade people that austerity is ridiculous, but at the same we can't spend this money forever and that there is a third option – to spend it wisely."

Meanwhile, back in the real world, his advice to investors is to focus on cash flow, specifically by building a portfolio of rental properties financed without a great deal of debt – and then only at fixed rates in locales that have avoided or are recovering from housing bubbles. "If at all possible, buy houses or apartments that you can rent out. You've got five to 10 years before things become really bad, if they do indeed pan out that way."

Asked if recent improved U.S. economic numbers and confidence readings have eased some of his concerns, Mr. Duncan laughs: "I believe we're all genetically designed to be optimistic. I apparently missed out on a bit of that gene. I'm glad that there have been a few positive numbers out of the U.S. lately. [But] the only reason we are not in a 1930s-style depression is because we have these massive budget deficits and we're funding them with paper money creation."

Still, he emphasizes he is not declaring that the U.S. is on the verge of collapse. "I'm saying that in about 10 years we will be. Then we'll be bankrupt like Greece. And if we don't take advantage of this window of opportunity that we have to spend this money in an intelligent way, rather than as we are, on too much consumption, then we are going to have a very unhappy future." 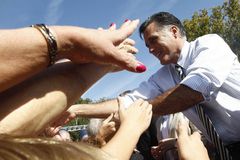 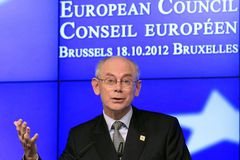 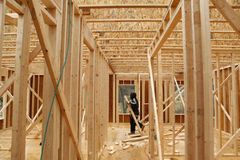