How do we describe millennials? Try civic-minded, entrepreneurial, multitasking – and glued to their phones. They also make up the biggest generation in Canada's work force today.

But are they worth the financial industry's time and marketing dollars? As many financial firms launch apps, bolster their digital presences, build low-fee robo-advisor businesses and market toward the Gen Y crowd – those born roughly between the early 1980s and mid-1990s – some experts think it's a waste of resources, or, at best, premature.

"The thing that irks me is going to every marketing conference and people are saying, 'Oh, the millennials! Oh, the millennials!' Well, here's the story: In 20 years, millennials are just going to be, 'Oh the humans,'" says Mark Satov, strategy advisor and founder of Satov Consultants, a management consultancy firm in Toronto.

Millennials aren't exactly rolling in dough, he points out.

According to a November, 2016, Manulife Financial survey, millennial homeowners have an average of $3,500 squirreled away in emergency funds, the lowest median amount among respondents. Slammed by high student-loan debt, unaffordable housing in major cities and shaky employment, young Canadians are feeling the pinch.

But going after millennials is not necessarily about the here and now anyway; the financial industry is playing the long game. Persuade a 23-year-old recent graduate to start a registered retirement savings plan (RRSP) and the hope is he or she will become a client for life.

"The millennial segment should not be underestimated," says Michael Letsche, managing director of marketing at the Bank of Montreal's Wealth Management arm. "In Canada, they now make up the majority of the working population. Many are entering into the formative earning, borrowing and saving years. We need to be relevant, credible and add value by being there at the important moments of transition."

Last year, BMO teamed up with edgy Vice Media to create Vice Money, a digital platform delivering financially focused content to a largely millennial audience. Through the Web and social media, it is creating a two-way conversation with these customers.

"Social platforms allow us to target the millennial audience, but more importantly, the platforms give us the opportunity to listen to what the customer is saying about us," says Mr. Letsche.

Yet, even if a bank entices young people to become customers after reading an article about mortgages on Vice Money, sticking with a bank for the long haul is not necessarily how millennials think, says Mr. Satov. There's a reason they're called the "Me Generation."

"If you're going to get their loyalty now and then keep it later, then okay," he says. "But by the time they do [have money], they won't care about you anyway."

Jessica Moorhouse, a 30-year-old personal finance blogger and podcaster, says she hears from many of her audience that they are not married to one specific bank or investment firm. If the financial industry doesn't deliver low cost and convenience, there's little reason to be loyal to a brand.

"It's very similar to careers and staying with one company," she says. "Why should we be loyal if we don't feel valued or we're not getting what we're asking for, and we can get the same thing, if not better, someplace else?"

She says she has done business with many of Canada's banks, and she recently switched from holding a traditional portfolio of mutual funds that she bought through a bank to exchange-traded funds (ETFs) with a robo-advisory.

According to a 2016 survey conducted by the market research firm Fresh Intelligence and Yahoo Canada, millennials are more likely to switch banks than anyone else and are also more likely to switch based on promotional offers. "If they can save five dollars per month on a chequing account, why would they stay with this one institution that's charging them more?" Ms. Moorhouse asks.

Either way, there's another reason the financial industry might do better focusing on another potential market segment, experts say: the upcoming intergenerational wealth dump.

A bequest boom is coming – to the tune of $750-billion over the next decade, according to data from the Canadian Imperial Bank of Commerce. Those most likely to receive the inheritance windfall are the baby boomer generation and young seniors, Canadians aged 50 to 75.

These boomers will likely need help managing all the newfound money. They are also often earning their peak salaries in these later years and are more likely than younger generations to have company pensions.

Mr. Satov suggests that financial institutions focus on psychological profiles instead. What would convince a 31-year-old saver to move his growing pile of assets to another firm? How should a bank approach a debt-ridden medical student with a bright and lucrative future? What about the 53-year-old mom who's more tech-savvy and app-happy than the average teen?

Some companies are trying to market and understand their customers this way, he says.

BMO's "Investing is as personal as how you take your coffee" messaging, for example, encourages online investors to "tell us about yourself" from the start. Wealth management firms that work with high-net-worth people also tend to dig deeper to address clients' wants and needs.

But painting entire age groups with a wide brush and ignoring demographic and attitudinal nuances is a mistake, Mr. Satov says, particularly when targeting a generation that tends not to have much money anyway.

"It's like saying, 'I'm a marketer so I'm telling people that I get millennials' because that's a sort of buzzword," says Mr. Satov. "Well, you'll have a great brand with millennials – which will be financially useless." 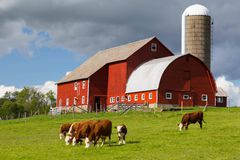