Rob Kilner gets a lot of visits from cash-strapped millennials. The Barrie, Ont.-based licensed insolvency trustee says there's been a decided uptick – 20 per cent over the past five years – in the number of twenty- and thirtysomethings who are seeking solutions to their debt woes.

"I'm seeing more and more [millennials]. It's a substantial increase. Every time you see a millennial walk into your office – it's disturbing," he says.

Part of the problem, Mr. Kilner says, is how easy it is to borrow money these days. Credit cards are all-too-easy to obtain, and payday loans are just a click away. Those issues, combined with a lack of financial education and soaring housing costs, are laying the groundwork for a troublesome financial future, he says.

Our tool: Is your mortgage leaving you house poor?

Research highlights this trend. Thirty-one per cent of millennial respondents feel it's not a "big deal" if they carry a balance on their credit cards, according to a November, 2016, survey by Manulife Financial. The survey also showed that millennial homeowners, those between ages 20 and 34, report the lowest median amount of emergency funds among those surveyed at just $3,500.

Mr. Kilner says the bulk of his younger clients come in after they have defaulted on a high-interest loan on a vehicle or on a payday loan. "Millennials are very susceptible to that – because they've grown up [with debt]."

Although the Office of the Superintendent of Bankruptcy Canada doesn't track millennials specifically, there was a 4.4-per-cent jump in the number of consumer debt-settlement proposals to creditors. Such appeals are made as a last resort before being forced to file for personal bankruptcy. Across Canada, that number increased to 125,907 proposals in September, 2015, from 120,261 a year earlier.

"The credit card companies grant them the credit cards, and they use them and they don't have the means to pay them back," he says. "They also have student loans that are not dischargeable, which complicates their situation," he says, in reference to debts that are not eliminated by declaring bankruptcy.

Dave Bryant, a Toronto-based mortgage broker, spends a lot of his time talking millennials out of buying homes. "It has cost me business," he admits.

He says most of his younger clients have between $20,000 and $30,000 in student debt, have low-paying jobs or work on commission – which means their earnings can vary wildly year to year.

But despite being laden down with debt, many still aspire to home ownership. "Most millennials are looking to buy the preconstruction condos," says Mr. Bryant, following the advice of a realtor who tells them it's a good investment plan. Armed with a down payment from their parents, they then apply for a letter of preapproval for a mortgage.

And that's where they run into trouble, he says.

"You actually have to qualify for that letter of pre-approval," says Mr. Bryant, something that can't happen if a person has only worked for six months to a year – a category many millennials fall into.

Plus, "they need to create that credit file," says Mr. Bryant, adding that millennials need to demonstrate they have a solid credit history with a card of their own – not a joint account with a parent. He suggests establishing good credit by putting small purchases consistently on a credit card – and paying them off entirely each month.

Mr. Bryant also counsels millennials to pay their debt off before taking on the financial burden of a condo or house. "You need to pay that down," he says. "[Debt from student assistance programs] is not going to go away."

For those millennials who have taken the plunge and bought a home recently, the debt can quickly become insurmountable. "If we see a millennial and home owner –and they're bought recently – these loans are very high," says Mr. Kilner. "To own a house right now, there's a very high mortgage. And the income stream hasn't kept pace."

He says many millennials are spending over half their take-home income on mortgages. But they still have to cover utilities, living expenses and food. That's where the Visas and MasterCards come in. "They end up living off credit," says Mr. Kilner.

Click here to see if you can afford a mortgage, and the rest of your real life expenses.

Mr. Pringle says that although he does see clients who are house-poor, "one of the reasons people have been able to avoid insolvency is that they've been able to leverage their equity in their houses with rising house prices."

That situation likely won't last. "At some point down the road, they're going to be in a situation where house prices aren't rising and they won't be able to leverage that equity and they're going to have to deal with it," says Mr. Pringle.

Mr. Kilner is bracing for more clients when interest rates rise. Right now, he sees six to seven millennials a month – up from one every six months just a few years ago – who come in to file a consumer proposal, an appeal to creditors, or file for bankruptcy.

"As interest rates start to increase, that's when we will see a lot more losing their houses," he says.

Millennials with part-time or contract work: We want to hear from you
This is the danger of helping your Gen Y kids buy a house 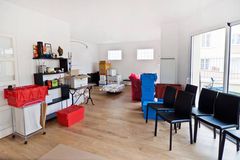 Is your mortgage leaving you house poor? 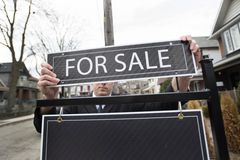 Why a mortgage that leaves room for retirement saving is a must-have
Follow us on Twitter @globeandmail Opens in a new window
Report an error Editorial code of conduct
Due to technical reasons, we have temporarily removed commenting from our articles. We hope to have this fixed soon. Thank you for your patience. If you are looking to give feedback on our new site, please send it along to feedback@globeandmail.com. If you want to write a letter to the editor, please forward to letters@globeandmail.com.
Comments