How can I find out how much CPP I will receive when I retire?

The estimate will show how much you could receive if you start CPP at the age of 60 (the earliest you can apply), 65 or 70. The earlier you start, the less you will receive. For a 65 year old, the maximum CPP monthly retirement pension is currently $1,154.58.

Now the bad news: The estimate won’t necessarily be accurate. If you’ll be starting CPP soon – say you’re 58 and plan to retire at 60 – the estimate should be pretty close to the actual amount you will receive. But if you’re retiring at 55 and want to know how much CPP you’ll get if you wait until 65, the government’s estimate could be too high. That’s because the estimate formula effectively assumes that your average annual pensionable earnings – adjusted for inflation and low-income years that you are allowed to drop out – will continue until you start CPP. If you don’t contribute for a decade, your actual benefit will be lower – perhaps much lower – than the estimate.

The Service Canada estimate has other limitations. It doesn’t take into account the child-rearing provision, which lets you drop out low- or no-income years when you were the primary caregiver for a child under the age of 7. Nor does it necessarily provide accurate results if you’re collecting a CPP survivor’s pension and plan to apply for regular CPP benefits.

Adding to the confusion, the government does a poor job of explaining how to interpret the estimates. “Most people, including a lot of the financial planners that I talk to, don’t understand what the numbers mean,” pension consultant Doug Runchey said in an interview. For example, if a person is 45 and the estimate says he or she “could” receive a monthly retirement pension of $1,000 at 65, “people assume that if they don’t contribute another dime, that’s what they’ll get. That’s probably the most common misunderstanding.”

So how can you obtain a more accurate and useful CPP estimate? One option is to try the free CPP calculator at. Developed by financial blogger John Robertson (and based on published work by Mr. Runchey), the calculator lets you try out different retirement scenarios to see how your CPP benefits would be affected. You’ll need your Statement of Contributions so that you can enter your contribution history into the calculator.

Mr. Robertson doesn’t claim that the calculator is perfect. But “it should give you your CPP benefit to the nearest 5 per cent or so,” he said on his blog.

Want an even more accurate calculation? Mr. Runchey will do a custom report for whatever retirement scenario you desire. His fee starts at $50 for two calculations (for example, comparing what your CPP payments would be if you start at age 60 versus 65). His report also explains all of the numbers and provides a “breakeven” analysis showing how long a person would have to live to make a particular starting age the optimal choice.

Mr. Runchey provided me with a sample report based on my own situation, and I was impressed with the clarity and level of detail. This is perhaps not surprising, given that Mr. Runchey spent more than three decades with the federal government, where he specialized in CPP and Old Age Security legislation, regulations and policy. After retiring from the government 2003 and then doing a stint at Home Depot, in 2013 he started DR Pensions Consulting, which he runs out of his home on Vancouver Island.

“My calculations are accurate to the penny,” he told me. “I’ve got about 30 financial planners who are dealing with me on a fairly regular basis. That generates about a third of the business, and the other two-thirds is clients coming directly.”

Out of curiosity, I compared Mr. Runchey’s report with the estimates provided by Mr. Robertson’s free calculator. For the five different scenarios I checked, the CPP estimates differed by an average of about $33 a month and were all within 5 per cent of each other, just as Mr. Robertson said.

My take: If you’re exploring what-if scenarios and simply want some ballpark figures, use the free calculator. But if you’re doing more serious retirement planning and want accurate numbers and some helpful analysis, check out Mr. Runchey’s service.

The CPP estimates provided by the government are still useful – but treat them as a starting point for further research, not the last word on how much CPP you’ll get.

Got a question about CPP (or any other money topic)? E-mail your questions to jheinzl@globeandmail.com. 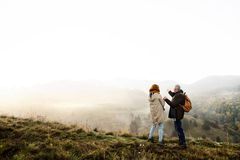