This article is the fourth article in a Globe Advisor series on the client-focused reforms, which will place investors’ interests first in their dealings with financial advisors and dealer firms and have a consequential impact on advisors and the investment industry.

Investment industry firms and financial advisors need to be working proactively on updating their client relationship policies and procedures in order to stay on top of anticipated future changes above and beyond the new client-focused reforms (CFRs) set to take effect later this year, experts say.

As part of the current set of CFRs that the Canadian Securities Administrators are bringing in, firms have until June 30 to comply with new conflict-of-interest rules and until Dec. 31 to meet other requirements for know-your-client (KYC) and know-your-product (KYP) documents, among other changes.

However, the CFRs don’t include several other proposals that have been discussed in recent years, such as a more rigorous KYP and investment suitability processes and restrictions on referral arrangements, which many industry players believe are coming.

“You just have to look at the continuously rising trend of increased accountability, transparency and professionalism that is happening in other jurisdictions around the world, which are further ahead than we are here in Canada,” says Jason Pereira is a partner and senior financial consultant at Woodgate Financial Inc., a financial planning firm under the IPC Securities Corp. umbrella in Toronto. “The question isn’t if it will happen, it’s the speed at which it will happen.”

For example, he says there’s a “gaping hole” in how referral fees are handled in the industry that he believes should be addressed. Proposals to cap referral payments, prevent the payment of referral fees to unregistered parties and restrict the time period in which they can be made were left out of the changes taking effect this year.

Mr. Pereira believes referral fees should be audited annually to ensure there’s an ongoing service, or clients should be allowed to reapprove the fees on a regular basis.

He would also like to see the elimination of embedded compensation.

“The idea of buried trailers has to die,” he says, believing it will happen “eventually,” as more advisors move to a fee-based structure and investors start to demand more transparency as they have with other consumer products. “Full transparent reporting is something that will happen, it’s just a question of when.”

Ken Kivenko, an investor advocate and president of Kenmar Associates, describes the CFRs as “an incremental step forward.”

As such, he says that “many good ideas were killed, watered down, deferred or moved into guidance, [which is not enforceable].”

Mr. Kivenko would like to see more aggressive changes in the future, including getting rid of deferred sales charges and updating what he sees as an ineffective and outdated investor-complaint system, among other moves.

“Most retail clients lack the skills to detect material conflicts on their own,” he says. “Progress toward a fiduciary standard is the end goal.”

Mr. Kivenko also believes governments need to get more involved in advocating for change on behalf of investors and encourages regulators to work more closely with investors and advocacy groups to understand the issues they face better.

“The key issue is fiduciary duty,” he says. “Relying on ‘suitability’ is difficult in that suitability is variable and not the same for everyone. Representatives with a fiduciary duty should be able to select suitable products and provide suitable recommendations.”

“A regulator that regulates an industry and is also responsible for client protection is faced with an inherent conflict of interest,” he says.

Dan Richards, chief executive at Clientinsights and an instructor at the University of Toronto’s Rotman School of Management, thinks another potential change could be a move toward mandated financial planning for investors buying investments from their advisors.

“That is something you may very well see coming in five years or sooner ... and something that advisors will need to prepare for,” he says. “Because some clients don’t see the value of financial planning, you can’t force it unless regulators mandate it.”

Michael Thom, managing director of CFA Societies Canada, believes the majority of firms across the country are working on adopting the CFRs and understand there’s likely more regulatory evolution to come.

For example, the additional clarity and action on title reform provisions in the CFRs, designed to remove misleading titles in the investment industry, will also be coming sooner rather than later. “The progress has been slower than some would like,” he says.

An example is the broad use of titles such as vice-president, which implies a corporate officer position when it may not be the case at some firms. “It will cause a lot of adjustment across the industry,” Mr. Thom says.

He also expects to see changes in the product selection and recommendation processes, with an additional focus on value-added services such as portfolio management and financial planning instead of simply just transactional advice.

“I think there’s room for incremental differentiation there,” he says.

Mr. Thom is also hoping for more work to differentiate and reconcile the difference in duties and requirements between investment and insurance-regulated products.

“I do worry for the potential for regulatory arbitrage and the impact on client experience there,” he says.

He suggests firms not only implement the minimum requirements of CFRs, but also “embrace the spirit” of the changes.

“I encourage firms to take this opportunity, to the extent it’s not already embedded in their business practices, to re-orient themselves toward their clients and their clients’ interests in everything they do,” he says. 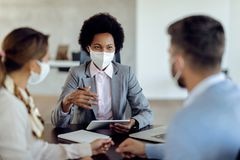 What Canada can learn from the fallout of Britain’s financial services overhaul
March 16, 2021 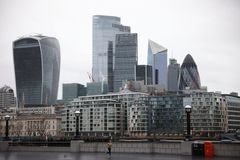 How investment firms are tackling the adoption of the client-focused reforms
March 18, 2021 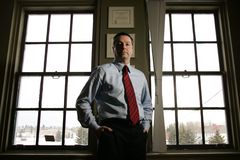