Ian McGugan
Published May 3, 2021 Updated May 3, 2021
For Subscribers
Comments
Text Size
Please log in to listen to this story. Also available in French and Mandarin. Log In Create Free Account

If Rule No. 1 of career planning is to always follow an underperformer, Greg Abel has not planned well at all.

The Edmonton-born executive, now tagged as Warren Buffett’s successor, faces the daunting prospect of eventually replacing the greatest investor of all time at the helm of giant Berkshire Hathaway Inc.

To be sure, Mr. Buffett is still being cagey. He told CNBC on the weekend that “the directors are in agreement that if something were to happen to me tonight, it would be Greg who’d take over tomorrow morning.” Careful as always in his wording, the 90-year-old billionaire left the door open to changing his mind and set no timetable for any transition.

However, what is clear is that one of the longest-running mysteries in U.S. business finally has at least a temporary resolution.

The question that remains is whether Mr. Abel – or anyone else – can succeed at the job. After more than a half-century of Mr. Buffett’s inspired but idiosyncratic leadership, Berkshire is both massive and in need of an overhaul.

Any new leader at the company is likely to be assailed, whatever they decide to do. That holds true even for an executive like Mr. Abel, 59, who has been with Berkshire for more than two decades and now runs all of the empire’s non-insurance operations, from power generation to candy making.

Consider the touchy matter of whether Berkshire should pay a dividend. Mr. Buffett refuses to consider such a thing.

His reasoning on the topic hasn’t budged in decades. He insists that any Berkshire shareholder who wants cash immediately can satisfy their itch by selling the appropriate amount of their Berkshire holdings. And if they don’t need cash at the moment? Then they should leave the money invested in Berkshire, which can grow it on their behalf.

This stance can sound reasonable enough when the money is being invested by Mr. Buffett, who has compounded Berkshire’s value by an average 20 per cent a year over the past 56 years. But it is still a contentious issue – especially at a time like now, when Berkshire is wallowing in a cash pile of US$145-billion.

Mr. Buffett can get away with the no-dividend policy because he controls around 30 per cent of Berkshire’s voting shares and he has earned the right to do whatever he wants. His successor won’t enjoy the same licence.

If Mr. Abel, currently a vice-chairman of Berkshire, were to take over as chief executive officer tomorrow, he would find himself in a no-win position: He could institute a dividend and be seen as betraying Mr. Buffett’s legacy. Or he could refuse to consider a dividend and be labelled a prisoner of the past.

Once Mr. Buffett’s iconic status no longer shields Berkshire from criticism, other problems are also going to demand attention.

There is, for instance, Berkshire’s geriatric board, which is both ancient (four of 14 members are 90 or over) and packed with long-time Buffett loyalists. Another issue is the company’s patchy disclosure policy in areas such as climate risk, social issues and diversity.

Most worrisome of all is Berkshire’s fading performance. Up until 2000, it reliably outpaced the benchmark S&P 500 index. Since then its returns have bounced up and down. Over the past decade, it has generated returns similar to the broad market.

Many of its recent moves have flopped, including bets on Kraft Heinz Co. , Precision Castparts Corp., IBM Corp. and Occidental Petroleum Corp. Its decision to dump its airline stocks early in the pandemic was also badly mistimed, resulting in a multibillion-dollar loss.

Some critics blame the missteps on Berkshire’s elderly leader. Maybe so, but the recent setbacks underline how difficult it is for anyone to concoct a growth strategy for a company this big and this sprawling.

Berkshire takes in revenue of about a quarter of a trillion dollars a year. Few acquisitions are big enough to significantly swell its size.

Boosting sales the old-fashioned way, with new products or marketing, is also difficult. Three of the company’s four “jewels” – insurance, railways and power generation – are mature, slow-growth businesses. The fate of the final jewel, a minority stake in Apple Inc., lies outside Berkshire’s direct control.

All of this poses a fundamental question: What purpose does a conglomerate such as Berkshire now serve? Back in the 1960s, when Mr. Buffett took over Berkshire, corporate empires that rambled across multiple unrelated industries offered investors an easy one-stop way to buy a diversified portfolio of businesses.

That role no longer makes sense. Any contemporary investor who wants diversification can achieve it in seconds simply by purchasing a plain-vanilla index fund. Granted, the index fund may lack Mr. Buffett’s stock-picking talents. However, it will be open to the new tech-focused businesses that Mr. Buffett tends to shun.

So long as the great investor is still around, shareholders are likely to remain patient with Berkshire’s sprawling portfolio and oceans of cash. However, any successor will feel pressure to do some serious corporate re-engineering.

Breaking off parts of the conglomerate and floating them as stand-alone propositions could generate a quick return. Alternatively, making a few major acquisitions might offer new avenues for growth.

Either strategy involves a high level of risk as well as the near-certainty of being accused of despoiling Mr. Buffett’s grand legacy. Mr. Abel deserves congratulations for his impressive rise. He may also deserve some sympathy. 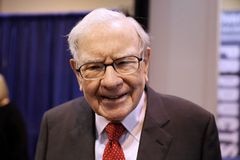 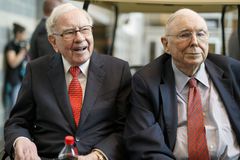