CAE Inc. has a problem: Its shares have performed too well.

The Montreal-based company, which trains pilots on its flight simulators in more than 35 countries, has seen its share price surge 38 per cent since the start of the year. The rally has pushed the stock’s valuation well above its historical range, raising some concerns about future performance.

Two analysts responded to the rally by dialling back their enthusiasm for the stock over the past week, joining four others who are essentially sitting on the sidelines. Both Desjardins Securities and BMO Nesbitt Burns cut their recommendations to the equivalent of hold from buy.

“Overall, while we remain bullish on CAE’s long-term prospects, we believe the stock is fairly valued,” Benoit Poirier, an analyst at Desjardins Securities, said in a note.

But the downgrades appear to be weighing on CAE, given that the stock has retreated a total of 6.2 per cent from last Friday’s intraday high – and the decline could set up the next buying opportunity.

The company is clearly enjoying the current infatuation that investors have with just about anything associated with airplane travel, amid the widely held belief that airlines are not as susceptible to economic downturns as they once were because there are fewer players competing for customers.

Recent deals appear to underscore this belief. Air Canada shares have risen fourfold over the past three years, and its bid for Transat A.T. Inc. last week lifted the national carrier’s share price to fresh record highs. Onex Corp. struck a deal last week to buy WestJet Airlines Ltd. at a 67-per-cent premium to its share price prior to the announcement.

CAE has other things going for it, though. While it competes with a number of companies, including L-3 Technologies Inc., a maker of defence systems, CAE has the world’s biggest market share in its particular niche. It added to its heft last year by snapping up Bombardier’s Business Aviation Training for US$645-million, its largest-ever acquisition.

Some observers believe that the two recent crashes of Boeing 737 Max planes may be putting an even greater emphasis on pilot training.

What’s more, CAE is capturing secular growth as global air-travel expansion increases the need for more pilots, and airlines are happy to outsource the training to save costs.

Some of the forecasts here are staggering: According to the consultancy ICF International, airlines will need to recruit and train 440,000 pilots over the next 20 years (factoring in growth and turnover because of retirement). Boeing Co. pegs the number even higher, at 790,000 – not a bad figure to mull when you consider that CAE is the largest civil aviation training and simulation company in the world.

At the same time, the company’s downside exposure to the global economy is becoming increasingly limited because of more recurring revenue from multiyear training contracts, rather than hardware sales. According to Kevin Chiang, an analyst at CIBC World Markets, CAE’s operating income fell about 60 per cent in the aftermath of the 2001 recession, but just 14 per cent (from peak to trough) during the financial crisis a decade ago.

“Since the financial crisis, CAE has further improved its sales mix, suggesting that its revenue base should be even less cyclical during the next downturn,” Mr. Chiang said in a note.

Add the fact that CAE reported a year-over-year earnings-per-share gain of 55 per cent in its fiscal fourth-quarter report last week (after one-time adjustments) – beating analysts’ expectations – and you can see why the stock’s valuation has exploded.

The price-to-earnings ratio rose to a high of 28.4 last week. That’s the highest valuation for the stock in at least 10 years and up from a recent low of just more than 17 times earnings in July, 2016, according to Bloomberg.

The long-term outlook for CAE is good. But patient investors might want to wait for the current euphoria to fade a bit more before jumping in. 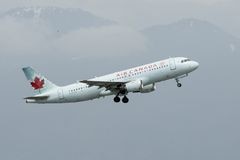 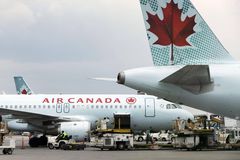