The price of crude oil remained severely depressed on Tuesday, one day after U.S. crude futures plummeted well below zero dollars a barrel, underscoring deep concerns about the global economy.

Yet Canadian energy stocks largely shrugged off the deepening gloom.

The iShares S&P/TSX Capped Energy Index exchange-traded fund, which tracks the sector, fell just 1 per cent, outperforming the broader market. What’s more, the sector is still more than 50 per cent above its recent record low in mid-March.

“It’s typically difficult to call a bottom for any asset class but, it should go without saying, when [crude oil] reaches into negative territory, we are increasingly confident that a recovery will follow shortly,” Michael Loewen, an energy strategist at Bank of Nova Scotia, said in a note.

Crude oil prices plummeted as low as negative US$40 a barrel on Monday, in the case of the futures contract for May delivery of West Texas Intermediate (WTI) crude, a U.S. benchmark.

This was the first time that crude oil traded for less than zero, a bizarre scenario that meant traders were paying to have oil taken off their hands.

There are three key reasons behind the drop into negative territory: The novel coronavirus pandemic has sapped global energy requirements, global oil production is too high relative to demand and oil storage levels are nearing full capacity – both on land and at sea.

The headwinds buffeting oil prices aren’t likely to dissipate over the next few months, he added, which will likely affect other futures contracts.

“There is little reason to believe why June [futures] would not follow a similar trajectory as the May contract,” Mr. Tran said in a phone interview.

The futures contract for WTI delivery in June, now the most active, fell to US$11.57 a barrel on Tuesday, down 43 per cent. Crude oil traded for more than US$60 a barrel at the start of the year.

The decline extended well beyond WTI. Brent crude, the North Sea benchmark, traded at US$19.14 a barrel on Tuesday, down 25 per cent. And Western Canadian Select, the heavy crude that is produced in much of the Canadian oil sands, traded at just US$3.81 a barrel.

The wild moves coincide with renewed volatility in global equity markets this week, interrupting an impressive rebound since March 23.

But the bottom did not fall out of the Canadian energy sector, suggesting that investors are looking beyond the near-term turbulence and shockingly low prices for oil.

Suncor Energy Inc., for example, closed at $20.64 on Tuesday, down 1.2 per cent. But its price had touched an intraday low of $14.02 on March 18 during a particularly tumultuous time for equities as much of world economy shut down in response to the pandemic. In other words, Suncor shares are up 47 per cent from their recent lows.

“Though the extremes of Monday’s [May contract] price action may appear to be a death sentence for the oil market, it is actually quite the opposite and very constructive for the oil market in the medium-term, in our view,” Mr. Loewen said.

Why? Since the current low price of crude oil is clearly unsustainable for energy producers, he expects that Canadian and U.S. companies will be forced to suspend oil production over the next several weeks.

Lower production levels could hang over the sector’s output for years, creating a better supply-and-demand balance, especially after the pandemic passes.

Mr. Loewen said he believes that’s why the longer-term outlook for crude oil prices is actually improving. He expects that WTI will trade at US$47.50 a barrel by the fourth quarter of 2021.

On Monday, Crescent Point Energy Corp. announced that it was cutting its oil production by 25,000 barrels a day. The shares rose 3.1 per cent on Tuesday.

“We believe Crescent Point made the right decision to preserve its liquidity and protect the long-term value of its inventory,” Scott Van Bolhuis, an analyst at Desjardin Securities, said in a note. 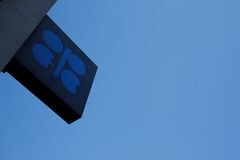 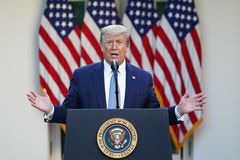 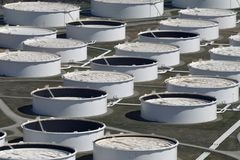