Charlie Munger studies the market for years before loading up on select stocks at good prices. He then sits on them for decades. It’s a pattern mimicked by few investors, but it helped him become a billionaire.

Mind you, Mr. Munger was assisted by his long-term business partner Warren Buffett, who has one of the best track records in business. Mr. Munger is the executive vice-chairman of Buffett’s firm, Berkshire Hathaway Inc. (BRK.A), which represents one of his three major investments.

The others are Costco Wholesale Corp. (COST) and a partnership in Himalaya Capital Investors LP, run by hedge fund manager Li Lu (which is generally closed to new investors).

Much like Mr. Buffett, Mr. Munger recommends that most investors stick with diversified low-fee index funds. But he suggests that skilled investors should concentrate their bets in a handful of stocks they know a great deal about.

Concentration can pay off big time but it often leads to disaster. Mr. Munger is right, the vast majority of investors should opt for diversified low-cost portfolios. But contrary to his other advice, I believe stock pickers should hold at least 20 stocks. That doesn’t mean diversified investors are destined to achieve poor returns. But their portfolios are likely to fluctuate less wildly over time, which should allow investors to sleep better at night.

To demonstrate the dampening effect of diversification I took a look at the total returns of Canadian stocks from the start of 2020 through to the close of June 25. I selected stocks with their primary listings on the Toronto Stock Exchange that had market capitalizations in excess of $500-million at the start of the year using S&P Capital IQ’s screener.

The 300 stocks that fit the bill form my Canadian universe.

Stocks in the universe lost 13.9 per cent on average in a little less than six months and half of them fell by more than 16.4 per cent. The worst performer tumbled 79 per cent, while the best gained 107 per cent.

A monkey randomly picking from the Canadian universe would have had a 24-per-cent chance of selecting a stock with a positive return since the start of the year. Conversely, they would have selected a loser 76 per cent of the time. Picking a loser was more likely than not because of the COVID-19 crash.

If the monkey added more stocks to their portfolio, their returns would move toward the average return for the universe assuming an equal amount was invested in each one.

I employed some monkey modelling to highlight the general pattern. That is, I started with 1,000 portfolios that each held one stock. The stocks for each portfolio were selected randomly from the Canadian universe.

The process was repeated for portfolios holding two, three and more stocks. (Randomly picking the same stock more than once was allowed.) With thousands of portfolios in hand, I calculated the variability (or, more technically, the standard deviation) of the returns of the portfolios.

Investors inspired by Mr. Munger’s success should think thrice before buying just a few stocks. Such portfolios tend to either do very well or very poorly, but the odds favour the poor side of the ledger. While performing poorly is unfortunate for billionaires, it can be devastating for those of us of more modest means. 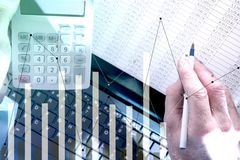 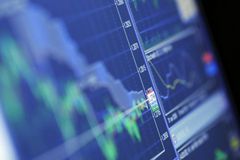 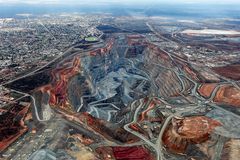