Standing on the shoulders of giants.

That’s the secret elevating a new generation of value investors. They’ve learned from the greats of the past, adapted to the modern world and achieved sky-high returns in the process.

Portfolio manager Trevor Scott is a case in point. He learned the trade for eight years as an investment analyst at Peters MacGregor Capital Management where he focused on global equities.

He then launched his firm, Tidefall Capital Management, on Jan. 21, not long before the economy ran into the COVID crisis. The subsequent market decline came as bad news to most investors, but Tidefall’s hedge fund climbed by a whopping 28.5 per cent from inception through to the end of May.

Such gains would be extraordinary for most, but Mr. Scott has been managing his family’s money for years with similarly excellent results.

His family’s portfolio gained an average of 21.4 per cent annually from Jan. 1, 2012, to Dec. 31, 2019, and vastly outperformed the S&P/TSX Composite, which climbed 7.7 per cent annually over the same period. (His results were independently audited and are presented in Canadian dollar terms.)

The strong gains came from the sort of focused value portfolio that Warren Buffett might appreciate. That is, the portfolio was built from good quality companies trading at fair prices. Mind you, the younger Mr. Scott is much more comfortable with high-tech firms, which has given his returns a lift.

Mr. Scott also took a page directly out of Mr. Buffett’s playbook by adopting the fee structure Mr. Buffett used when he ran investment partnerships. Tidefall’s fees are entirely performance-based. They represent one quarter of returns in excess of a 6-per-cent annual hurdle-rate. No fee is charged should returns fall below 6 per cent. For instance, when Tidefall makes 10 per cent before fees, it gets a fee of 1 per cent – one quarter of the excess return of four percentage points. Mr. Scott will have to continue to perform well to earn his keep.

He hopes to profit from Match Group Inc. (MTCH), which Tidefall bought when the fund was opened and held as a direct investment until recently; it now has an indirect stake. Match is a giant in the online dating business and owns Match.com, Tinder, Meetic, OkCupid, Hinge and other dating brands. The firm says that Tinder is the most downloaded and highest grossing dating app worldwide. It proved to be particularly popular in the depths of the COVID crisis this spring.

Match boosted its revenue from US$910-million in 2015 to $2.05-billion in 2019 while increasing its net income from US$120-million to US$535-million. The phenomenal growth led the firm to a dominant position in an attractive industry.

To get a better bargain, during the spring downturn Mr. Scott moved from a direct investment in Match to its parent company, media and internet conglomerate IAC/InterActiveCorp (IAC). It has a remarkable record. IAC’s stock climbed from US$20.48 a share at the end of 2009 to US$249.11 by the end of 2019. It currently changes hands near US$280 a share.

The switch to IAC was made when IAC traded for less than the value of its position in Match. Mr. Scott explains that, even today, IAC trades at a discount to its breakup value and says that Match is due to be spun out of IAC later this month. It is a case where there is value to be had, and the spinoff is a near-term catalyst that should help unlock it.

Full disclosure: I’ve known Mr. Scott for the better part of a decade. We first met at the Fairfax Financial annual general meeting, which is itself part of the build-up to the Berkshire Hathaway meeting for many value investors. His approach to investing represents an evolution from Mr. Buffett’s style, which was built on that of Mr. Buffett’s mentor, Benjamin Graham. I hope Mr. Scott generates a similar long-term track record.

He’s off to a good start so far.

How has the ‘hot potato’ portfolio been performing? Let’s just say the bull market is back
Subscriber content
June 1, 2020 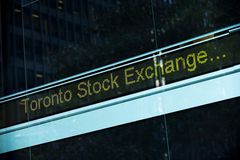 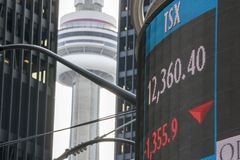 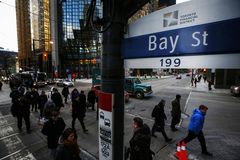