Lou Eccleston is retiring early as chief executive of TMX Group Ltd., adding one more concern to a stock that has a high valuation and a company that reported weak trading volumes and financial activity last year.

Are the risks outweighing the potential gains here?

The company, which most famously operates the Toronto Stock Exchange, has certainly been performing well for investors in recent years. Under Mr. Eccleston’s leadership, the share price soared 59 per cent in 2019 and it has tripled over the past four years.

These gains arrived amid a challenging environment, though.

Through the first nine months of 2019 (investors will get a look at full-year numbers when TMX Group reports its fourth quarter results on Feb. 10), trading volumes for Canadian equities declined 6 per cent, year-over-year. The amount of money raised by TSX-listed companies fell 16 per cent.

The number of Canadian initial public offerings in 2019 fell 44 per cent, according to Refinitiv. The total number of Canadian-listed companies has declined by 35 per cent since 2008. Technology companies, in particular, are discovering that they can avoid IPOs because they have access to private capital through venture funds and private equity.

But investors have preferred to focus on other aspects of TMX’s business model, such as its diversification from TSX transaction-based revenue.

In 2017, for example, the company acquired London-based Trayport Holdings Ltd. from Intercontinental Exchange Inc., giving TMX a network and analytics platform for global wholesale energy markets and a new source of recurring revenue. Sales at Trayport rose 17 per cent in the third quarter compared with the same period a year ago.

“TMX appears well positioned, with a balanced mix of transactional and recurring revenue streams that we view as an important factor in reducing the near- to medium-term cyclicality of its profitability,” Phil Hardie, an analyst at Bank of Nova Scotia, said in a note last week.

What’s equally important, though, is that stock exchange companies have become hot properties as they consolidate and expand globally.

Early last year, Nasdaq Inc. made an offer for Norwegian stock exchange Oslo Bors VPS Holding ASA, before conceding the battle to Euronext NV. In November, the Madrid stock exchange found itself in the middle of a bidding war between Euronext and SIX Group AG of Switzerland.

Also last year, London Stock Exchange Group PLC agreed to buy Refinitiv Holdings Ltd. for US$27-billion, expanding its market data capabilities. And the LSE itself was briefly the target of a US$37-billion takeover attempt by Hong Kong Exchanges & Clearing Ltd. in the fall.

Amid this frenzy of deal-making and global expansion, and anticipation of more deals to come, stock valuations have soared. After trading at an average price-to-earnings ratio of 13.9 over the past five years (based on estimated forward earnings from analysts), TMX shares now command a valuation of 20 times estimated 2020 earnings.

The bullish view here is that TMX shares are still a bargain compared with Nasdaq or LSE. Mr. Hardie noted that TMX shares trade at 13.2 times EV/EBITDA (enterprise value to earnings before interest, taxes, depreciation and amortization), which is considerably lower than the 18 times multiple for Nasdaq and LSE.

“TMX has gone through a significant transformation and realignment, and we expect the benefits of those efforts to further crystallize,” Mr. Hardie said.

He estimates that the company’s EBITDA should rise by nearly 17 per cent in 2020, reflecting its push into global analytics and derivatives. A new CEO is unlikely to affect this outlook, he says, given the strong management team at TMX.

TMX has delivered huge gains for investors amid a shakeup in the global exchange business. Now, investors may need some persuading to stick with this winner.

Here’s what you’re giving up if you choose a government bond over a GIC
Subscriber content
January 14, 2020 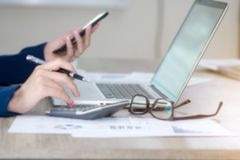 Market movers: Stocks that saw action on Tuesday - and why
Subscriber content
January 14, 2020 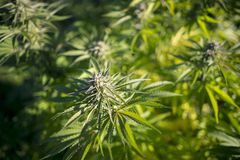 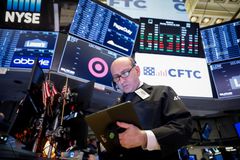