Modern portfolio management tools give today’s investors control over their own savings, insight into fees and performance, and the luxury of watching their money vanish in real time when markets plunge.

With immediate access to their holdings through online investment platforms and mobile apps, retail investors have the ability to continuously track fluctuations in their personal wealth.

That’s a temptation many long-term investors seem unable to resist.

Canada’s largest robo-adviser, Wealthsimple, said about one-third of its clients log into their accounts daily, for example.

“We definitely don’t recommend checking your portfolio every day. But some people do it, so we try to combat emotion through education, to try to keep people disciplined,” said Michael Allen, a Wealthsimple portfolio manager.

Staying disciplined appears to be more difficult for investors who check in on their accounts most frequently. Research shows that higher login rates are associated with reduced risk appetite, higher levels of trading and lower long-term returns.

A study conducted by U.S. robo-adviser SigFig found that its investors who checked in on their portfolios every day earned 0.2 per cent less each year in return than the average. Twice-a-day logins doubled the performance gap.

The reason overvigilant investors seem to underperform might be explained by one of most-observed behavioural biases in investing – loss aversion. People hate losing money, to the extent that the psychological impact of a loss is much greater than the satisfaction felt from a gain of the same magnitude.

Watching losses pile up is a good way to get investors to second-guess their long-term investment plans, said Kathryn Del Greco, an investment adviser at TD Waterhouse.

“It forces a client into the present.” The thinking becomes: “Obviously the market is going down, why aren't we just getting out?” Ms. Del Greco said.

That’s a question many advisers have likely had to field over the past few months. Starting in early October up to around Christmas, investor fears reverberated through stock markets around the world, as the S&P 500 index declined by almost 20 per cent.

It’s not surprising that investors tend to pay more attention to their holdings in times of market turmoil. In the month of September, prior to the beginning of the global sell-off, the average Qtrade Investor client logged in 14 times. That rose to 18 to 19 times a month in October and November, according to data provided by the discount brokerage.

Some of that increased activity can be attributed to active traders taking advantage of heightened volatility, according to Manmeet Bhatia, senior vice-president for online brokerage and digital wealth product at Aviso Wealth, the parent company of Qtrade.

But buy-and-hold investors were likely also tracking their losses through the correction, Mr. Bhatia said.

A few decades ago, long-term investors had few options but to follow the market through newspaper stock quotes from the previous day. Today, any investor can open up their portfolio on their smartphone in a matter of seconds.

“It is a double-edged sword – the power to look at your portfolio in real time,” Mr. Bhatia said.

On the upside, the technology allows active investors to continually tailor their portfolios to their needs.

Furthermore, investors have the right to know how their money is allocated and how those investments are doing, Wealthsimple’s Mr. Allen said.

Still, these tools and apps can foster, and arguably promote, an unhealthy level of investor engagement.

The nature of the stock market is such that it delivers a fairly reliable return over the very long-term – over close to a century, the S&P 500 has returned, on average, nearly 10 per cent annually before inflation – but with a whole lot of noise and volatility in between.

As Nassim Nicholas Taleb pointed out in his book, Fooled by Randomness: The Hidden Role of Chance in Life and in the Markets, a 15-per-cent market return with 10-per-cent volatility, or level of uncertainty, adds up to the likelihood of positive returns in any given year of 93 per cent. But, in any given second of that trading year, the odds of success are basically a coin flip.

“Over a short time increment, one observes the variability of the portfolio, not the returns,” Mr. Taleb wrote.

The more often investors log in, the more likely they are to observe a material loss, providing the impetus for the kind of trading that erodes long-term performance.

As the famous money manager Barton Biggs wrote: “Continual performance monitoring is not good for your mental health or for your portfolio’s well-being.”

An investor making 4% asks, ‘Should I be aiming higher?’ Subscriber content
January 9, 2019 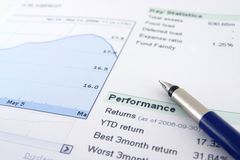 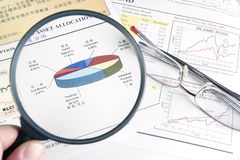 How a big deal in the ETF industry could mean better returns and lower fees for investors Subscriber content
January 9, 2019 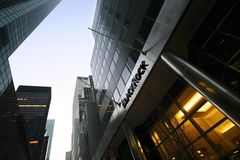