Being a member of a defined contribution pension plan is like taking a long train trip that lets you off at a station called Retirement.

When you disembark, you’re on your own. Good luck finding your way.

DC pensions help you save for retirement – employees contribute and their employers add a matching amount. But on retirement, it’s up to individuals to turn their accumulated investments into retirement income. Making this pivot is one of the most overlooked aspects of retirement planning.

About 37 per cent of workers had a pension in 2017, the most recent year for which Statistics Canada has data. Most of these people have defined benefit pensions, where your years of contributions, salary level and age are computed into a monthly retirement benefit you’ll get for life.

The first matter to consider if you’re a DC plan member approaching retirement is how conservative to make your mix of stocks and bonds. “Probably two-thirds, give or take, of your retirement income is derived from returns that you get on your investments after your retire,” said Tom Reid, senior vice-president of group retirement services at Sun Life Financial Canada. “It’s important that people don’t de-risk all of their portfolio after retirement.”

Fifty to 60 per cent stocks and the rest in bonds is a good starting point. Make adjustments based on the extent to which you’re willing to exchange the higher risk and return potential of stocks for the lower returns and greater stability of bonds.

Next, think about how you want to manage your retirement savings. Holdings in DC pensions can go directly into an annuity, which is an insurance contract that turns a lump sum amount into a set monthly income payment for life.

But Sun Life’s numbers show that only 4 per cent of people who keep their DC pension investments with the company after retirement choose an annuity. For the rest, the money is typically transferred into a life income fund (LIF), which is like a registered retirement income fund in setting an annual minimum withdrawal based on age.

Unlike an RRIF, however, an LIF also imposes a limit on the maximum amount you can withdraw. The point here is purely paternalistic – to prevent you from using up all or most of your savings in one go.

The good news on LIFs is that some provinces allow you to transfer a limited amount of money from your LIF into a RRIF, which would be helpful if you wanted more control over your annual withdrawal maximums. “There has been a lot of unlocking [of LIFs] allowed over the last number of years,” Mr. Reid said. “The rules are a lot more liberal with respect to locked in funds than they used to be.”

DC plan members also need to think about the kind of investments they hold in retirement. An increasingly popular investment choice in DC plans is the target date fund, which automatically adjusts a mix of stocks and bonds to get more conservative as you approach retirement.

Mr. Reid said the investment industry is working on a target-date-fund equivalent for retirees’ DC pensions, which would manage their needs in a single product. But for now, retiring DC plan members must choose investments that deliver the results they need, be they income, growth, capital preservation or combinations of some or all these goals.

The beauty of DB pensions is that you know exactly what your lifetime monthly pension income will be, whereas DC plan members typically know only how much they have saved in total. Mr. Reid said Sun Life has worked with some employers to produce DC plan statements for members that include estimates of how much yearly income their pension assets might produce.

The federal government’s Canadian Retirement Income Calculator (A quick google search will find it online) can help all retirees, not just DC plan members, get an estimate of how much retirement income they can expect. Give it a try – your tax dollars were well spent in producing this tool. 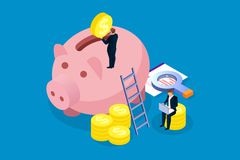 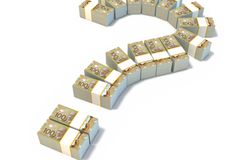 Opinion
It’s time to stop acting like retirement past age 65 is a failure
February 6, 2020