Policy-makers are finally righting a glaring wrong in the mortgage market.

Effective April 6, Canadians applying for default-insured mortgages will no longer be subject to an improperly devised “stress test.”

This change will affect anyone getting an insured mortgage, including those putting down less than 20 per cent on a new purchase – for which default insurance is generally mandatory. It’ll also move the goalposts closer for borrowers trying to qualify for a mortgage with 20 per cent equity or more.

What exactly is changing

Today, people getting insured mortgages must prove they can afford a payment based on the benchmark five-year posted rate. The Bank of Canada calculates this rate from typical big-bank rates, and it’s currently 5.19 per cent.

Starting on April 6, a new and improved benchmark rate will be used. It’ll be based on the country’s median five-year fixed insured-mortgage rate, plus two percentage points. If that rate were in existence today, it would be about 4.89 per cent, says the Department of Finance. That’s 30 basis points less than the current (minimum) stress-test rate.

(There are 100 basis points in a percentage point.)

If you’re a mortgage shopper wondering whether any of this matters, here are nine reasons why it does:

1. The stress test is no longer determined by the biggest banks

Prior to this, the Big Six banks determined the benchmark rate, which serves as a minimum stress-test rate. It’s taken a few years, but officials have finally realized that’s not a good idea. For well over a year, banks have refused to cut their posted five-year rates enough to reduce this all-important qualifying rate. That’s kept the stress test unnecessarily difficult, blocking thousands of borrowers from qualifying for the best mortgage – or qualifying at all.

This new benchmark rate is more flexible. As economic prospects dim and rates decline, more people will qualify for a mortgage, and vice versa. That gives our housing-dependent economy a boost when it needs it most and slows economic growth when it gets too hot.

Canada’s banking regulator, the Office of the Superintendent of Financial Institutions (OSFI), is expected to use the same benchmark rate for the uninsured stress test, which applies to borrowers with 20 per cent equity or more.

It said on Tuesday, “OSFI is proposing that the new [uninsured] benchmark rate for qualifying uninsured mortgages be the greater of:

Assuming rates stay the same by April, by my calculations a 30-bps reduction in the stress test would give most borrowers upward of 3 per cent more buying power. That won’t send home prices to the moon, but it should take them higher into the atmosphere.

Already, the national average home price is up 11.2 per cent in the past 12 months. This news creates unequivocally bullish market psychology, particularly heading into the high season for homebuying.

Other things equal, the buying-power boost discussed above could be magnified if mortgage rates fall further. The market implies that’s a good probability given Canada’s yield curve is inverted – long-term rates are lower than short-term rates. That’s traditionally been a sign of even lower rates ahead.

Some economists are predicting a Bank of Canada rate cut as soon as this spring or summer. That could drop the stress-test rate floor once again. (Although an easier stress test might arguably reduce the central bank’s desire to lower rates further.)

And then, of course, there’s the coronavirus, an unquantifiable wild card that could further weigh on rates.

When all’s said and done, we could potentially see a 50- to 100-plus-bps reduction in the stress-test rate by sometime next year.

6. The timing’s not ideal

There’s usually not a bad time to right a wrong, and the stress test did need fixing. But heading into a spring market with housing supply shortages, bidding wars in big markets and falling rates, this change could further fuel housing imbalances and over-indebtedness. For that reason, it might have been wiser to wait until summer to ease the stress test.

Then again, no one can predict home prices, and regulators may have something else up their sleeves to counterbalance the stimulative effect of this change. Based on OSFI’s Jan. 24 speech, the government is clearly concerned about the resurgence in borrowers with high loan-to-income ratios. More credit-tightening could eventually be on the way, particularly if home prices keep soaring.

In short, it’s not a given that the timing of this announcement is “bad.”

7. It takes pressure off banks to cut posted rates

This is one potential negative. Banks have been under the spotlight because their inflated posted rates adversely affect the stress test. Now, with policy-makers decoupling the stress test from posted five-year rates, banks will face less pressure to lower those rates.

That means the gap between posted and actual mortgage rates could widen, given that actual rates fall quicker than posted rates and given that banks are incentivized to keep posted rates elevated. This could result in bigger and more painful “interest-rate-differential penalties” for people who break fixed-rate mortgages early.

If you’re someone with high debt ratios, an easier stress test helps. Now that we’ll have an objective and responsive stress-test rate, it’s possible we’ll see more borrowers – those who almost qualify for a mortgage – trying to time rates. Folks whose debt ratios are too high under the then-current stress-test rate might defer their mortgage application until rates fall “enough.”

Conversely, some people could be caught waiting longer than anticipated if rates unexpectedly jump. The moral for those considering this strategy: Don’t try rate-timing.

9. The new benchmark is useful for rate shoppers

This is the first time the government will be publishing median market-wide insured-mortgage rates. Insured borrowers will be able to use that info to quickly compare the rate they’re being offered with the rates other people are getting. This could result in fewer lenders getting away with quoting inferior rates.

Opinion
Just when the housing market needs a firm hand, Ottawa makes it easier to get a mortgage
February 20, 2020 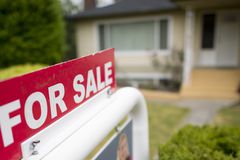 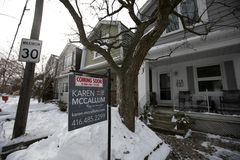