Retirement brochures should include pictures of grandparents caring for their grandchildren, going to soccer matches with their adult children and shopping for houses to accommodate multigenerational households. Instead, we get Robert Redford and Helen Mirren sitting on a beach, happily wondering if they should run a half-marathon or set off on a kayaking adventure from their isolated island retreat. Heck, maybe they’ll do both.

Reality check: One of the golden rules of personal finance, “Pay yourself first,” may not resonate with most of the world.

“It is estimated that 70 per cent of the world identifies as collectivist or falls into a collectivist culture,” says Avni Shah of the Rotman School of Management at the University of Toronto.

Along with other researchers at U of T and Ideas 42, a non-profit consulting firm that applies behavioural science to social problems, Dr. Shah has been trying to crack the old problem of increasing retirement savings.

She and her colleagues have found that messaging that speaks to self-actualization may work for some, but for a growing number of people, reframing the purpose of retirement savings to reflect family security may have a bigger impact.

“It is possible that individuals may have avoided putting money into savings because they view that savings decision to be more self-focused and individualistic, a goal not in line with taking care of one’s family in the present," Dr. Shah said. “For some individuals, decisions that look like the present bias or myopia may not be due to failures due to self-control but, instead, spending in the present may be due to pro-social, altruistic desires of improving family welfare.”

In other words, the decision for an individual to choose to save for their own future consumption may be perceived to be in potential conflict with the value of consuming with one’s family in the present.

Changing economic conditions and migration mean many people in Western countries may respond better to collectivist messaging. Western families are seeing children living at home longer and parents moving back in with their children later in life – things that have been the norm for families with collectivist roots for generations.

Dr. Shah and her colleagues tested framing the idea of saving for the future as not for one’s own benefit but for the benefit of the family. They also tested whether this particular nudge might be more effective than traditional nudges in this space.

In one field experiment, regular mailings to active members of a retirement company were manipulated into different conditions. A control mailing contained the regular account statement. Traditional nudges such as a “gain frame prompt” condition (which showed how much more a contribution to a retirement account would yield than one to a savings account) and a “loss frame prompt” condition (which showed how much less they would have if they made a contribution to a savings account versus the retirement account) were tested.

Two additional conditions were also tested: a “wallet cut out” condition (in which a wallet-sized card that listed step-by-step instructions on how to make a contribution) and a “family salience prompt” condition (the mailing contained a picture of a family enjoying a vacation together and a question about how members would like to plan for the future of their families).

The traditional nudges increased the number of contributors relative to the control group, as expected. But for members who made contributions after receiving a mailing (and having been prior contributors), those who received the family-oriented or wallet cut out nudge made the biggest contributions. And perhaps most importantly, those who received the family-oriented nudge who then decided to sign up for automatic contributions did so at a rate 152-per-cent higher than the control group.

An even larger field study was conducted with a separate retirement company. Family-oriented text message prompts were shown to have a significant increase in the number of contributions, and the likelihood of making a contribution was still higher three months later.

“Previous research has attributed low rates of contribution largely to failures in self-control, limited attention and even failures to cognitively compute the necessary contributions to adequately secure one’s financial future in retirement for the lack of savings. However, much of this past work has been conducted in cultures which are more individualistic in nature,” says Dr. Shah.

Preet Banerjee is a management consultant to the financial services and founder of MoneyGaps.com.

Our kids got RESP money for Christmas. How should we invest it?
January 14, 2019 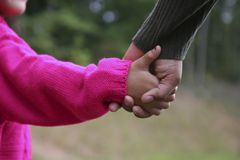 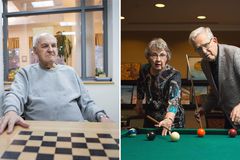 Living with grandma and grandpa: One family’s retirement plan
December 10, 2015
Video: Carrick Talks Money: How big of a problem is poverty in retirement?
1:36
October 18, 2016 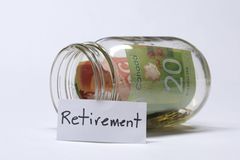