At 62 and on her own, Monica is growing apprehensive about her future in Calgary’s ailing oil and gas industry. She earns about $103,000 a year, owns her home outright and has no debt.

Monica has just found out that one of her contracts won’t be renewed, so her income is about to drop by 40 per cent. She has a daughter living at home who will be starting her final year of university this fall.

“I’m a bit stressed, wondering if I can still live comfortably without having to start to draw on my savings,” Monica writes in an e-mail. “Can I still travel? Do I have the right asset mix?” If possible, she would like to continue working part-time until she is 68 or even 70.

Her goals are to retire with $1-million in investments and to spend $60,000 a year after tax. “I have investments and believe I am well equipped financially for retirement,” Monica writes.

Is she on track?

We asked Morgan Ulmer, a financial planner in the Calgary office of Toronto-based financial planning firm Caring for Clients, to look at Monica’s situation.

As long as she’s working, Monica’s income appears to be enough to cover her expenses as well as contributions of $500 a month each to her tax-free savings account (TFSA) and registered retirement savings plan (RRSP), Ms. Ulmer says, but there’s nothing left over. She recommends Monica review her budget regularly to ensure her spending estimates are accurate.

In assessing how prepared Monica is to retire from work, the planner starts with certain assumptions: that Monica retires at the age of 65, lives to be 100 and earns a rate of return of 3 per cent on her investments. Ms. Ulmer chooses the 3-per-cent rate of return based on Monica’s risk profile, which shows her to be a “conservative income” investor.

With these assumptions, Monica’s plan “does not fully accommodate her retirement goals,” Ms. Ulmer says. She suggests some alternatives.

First, Monica could continue to work three days a week to the age of 70. Monica is willing to do that.

Second, she could earn a higher rate of return than the planner’s 3 per cent. Monica’s current asset allocation is that of a “growth” investor, which suggests she may be comfortable holding enough stocks in her portfolio to generate a 4-per-cent return, Ms. Ulmer says.

With these three adjustments, Monica would reach her goals, the planner says.

She also explored two other “sub-scenarios”: One, Monica retires at 65, perhaps involuntarily, earns a 4-per-cent rate of return and sells her home at the age of 85, the first year in which she would have a cash shortfall. This would achieve 89 per cent of her spending goal.

“Calgary’s fickle economy could put an unwanted halt to her earnings, and ageism would be an unfortunate reality for her to deal with in securing future work,” the planner says.

In the second sub-scenario, a “middle-of-the-road approach,” Monica quits working at 68, earns a 4-per-cent rate of return and cuts her spending by 9 per cent. She does not have to sell her house.

Monica has about $60,000 of unused contribution room in her RRSP. If she thinks she might retire before 70, she could contribute more now and then withdraw some funds during the lower-income years before she begins CPP and OAS (at 70) and making mandatory withdrawals from her registered retirement income fund (RRIF) at the age of 72, Ms. Ulmer says. She could increase her contribution by transferring some of her non-registered guaranteed investment certificate (GIC) funds to her RRSP. Taxpayers must convert their RRSPs to RRIFs the year they turn 71 and begin making mandatory withdrawals the following year.

The planner suggests Monica continue contributing to her TFSA even after she has retired because income earned within the TFSA is sheltered from tax. She also recommends Monica convert enough of her RRSP savings to an RRIF at the age of 65 to take advantage of the federal pension income credit. The credit is worth up to $2,000 a year, which, at a federal tax rate of 15 per cent, would equate to $300 in federal tax savings.

At some point in the future, Monica may want to use some of her savings to buy a life annuity to ensure she doesn’t run out of money, Ms. Ulmer says. “Keep in mind that annuities require a trade-off.” They provide a fixed, secure income for life, no matter how long a person lives, but the money is gone, so flexibility is limited and the estate is reduced by the price of the annuity.

The problem: Can she maintain her lifestyle and meet her retirement goals now that her hours have been cut?

The plan: Watch spending closely, be prepared for the unexpected and adjust plans as necessary. Revisit her portfolio to make sure her investments are in line with her risk tolerance.

The payoff: Being prepared financially for whatever comes. 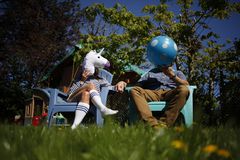 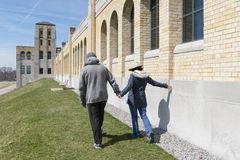