The dismal performance by global stock markets in recent months might prompt some investors to ditch stocks in favour of fixed-income investments, such as bonds, mortgages or Treasury Bills. Computer simulations, however, suggest that could be a mistake.

Investment professionals will tell you that long-term success in investing is all about asset mix. Stock picking may seem sexier, but over the long run, your investment results will depend primarily on your equity weighting. It is therefore critically important to get that right.

Over the past half century, the go-to asset mix for pension fund managers has been 60-40 – meaning 60 per cent in stocks and 40 per cent in fixed income. Most pension funds were invested 60-40 back in 1969 and little has changed in the intervening period. But a change may be called for since fixed-income investments don’t make as much sense as they used to.

Thirty years ago, the real annual yield on Government of Canada bonds (net of inflation) topped 4 per cent, but in recent years it has plummeted to less than 1 per cent. And thanks to the indirect effects of an aging population, real yields will probably stay low for many years to come. Even if yields do start to climb, it may not help much since rising yields on long-term bonds produce capital losses not gains. In short, it is hard to see how long-term bonds can do well given where they are today.

To illustrate, let’s compare two portfolios. Portfolio 60-40 invests a constant 60 per cent of assets in stocks and 40 per cent in bonds while Portfolio 70-30 has a more aggressive 70-30 mix. Let’s look at how these two portfolios are likely to do over a 20-year period, which approximates the investment horizon for someone who is close to retirement.

A Monte Carlo simulation involves feeding all known information about the behaviour of capital markets into a computer and running a couple of thousand simulations to see what patterns unfold. (Many thanks to Lisa Bjornson and the actuaries at Morneau Shepell for running the simulation for me.) The table illustrates the results of the simulation under three possible scenarios:

a) Worst case – when investment returns each year are worse than 90 per cent of all the simulations that were run (which means it is not quite the worst case, but close to it).

b) Middling – when investment returns each year are the median return among all the simulations.

c) Best case – when investment returns each year are better than under 90 per cent of the simulations run.

Annualized returns over a 20-year period

I have to temper my findings with two disclaimers. First, the results of the Monte Carlo simulation are only as good as the input into the model. A great deal of care is taken in modelling the behaviour of capital markets but no simulation is infallible. Real life has a propensity to surprise.

Second, the above analysis ignores the “tails.” That is to say, we defined the worst-case scenario based on 10th percentile returns, but that still leaves a 10 per cent chance that actual results can be worse. This is what transpired in 2008 and it can happen again.

If a 60-40 mix has long been the choice of pension funds and mid-career investors, then a slightly more conservative mix like 50-50 is what the typical new retiree might choose.

These disclaimers aside, anyone who was previously comfortable with a 60-40 mix should be thinking hard about switching to a 70-30 mix. Indeed, no matter what your current equity weighting, you should be considering shifting another 10 per cent into equities.

I would caution, however, that this is a long-term decision; whether you make a switch in asset mix now or in six months’ time is a separate question and one that has no easy answer. It may be time to have a discussion with your portfolio manager.

The spelling of Lisa Bjornson’s name has been corrected in the online version of this story.

Frederick Vettese was formerly chief actuary at Morneau Shepell and is the author of “Retirement Income for Life: Getting More without Saving More”.

Opinion
The expanded CPP will not narrow the gap between public and private sector pensions
November 26, 2018 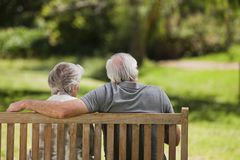 How much do you need to save for retirement? Here’s what historical data show
Subscriber content
November 8, 2018 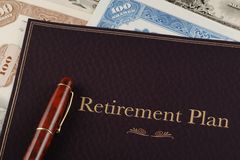 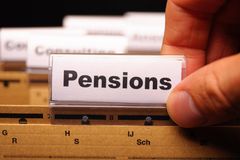 Carrick Talks Money: It's okay to spend some savings during your healthiest retirement years
1:57
January 11, 2019 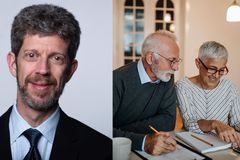