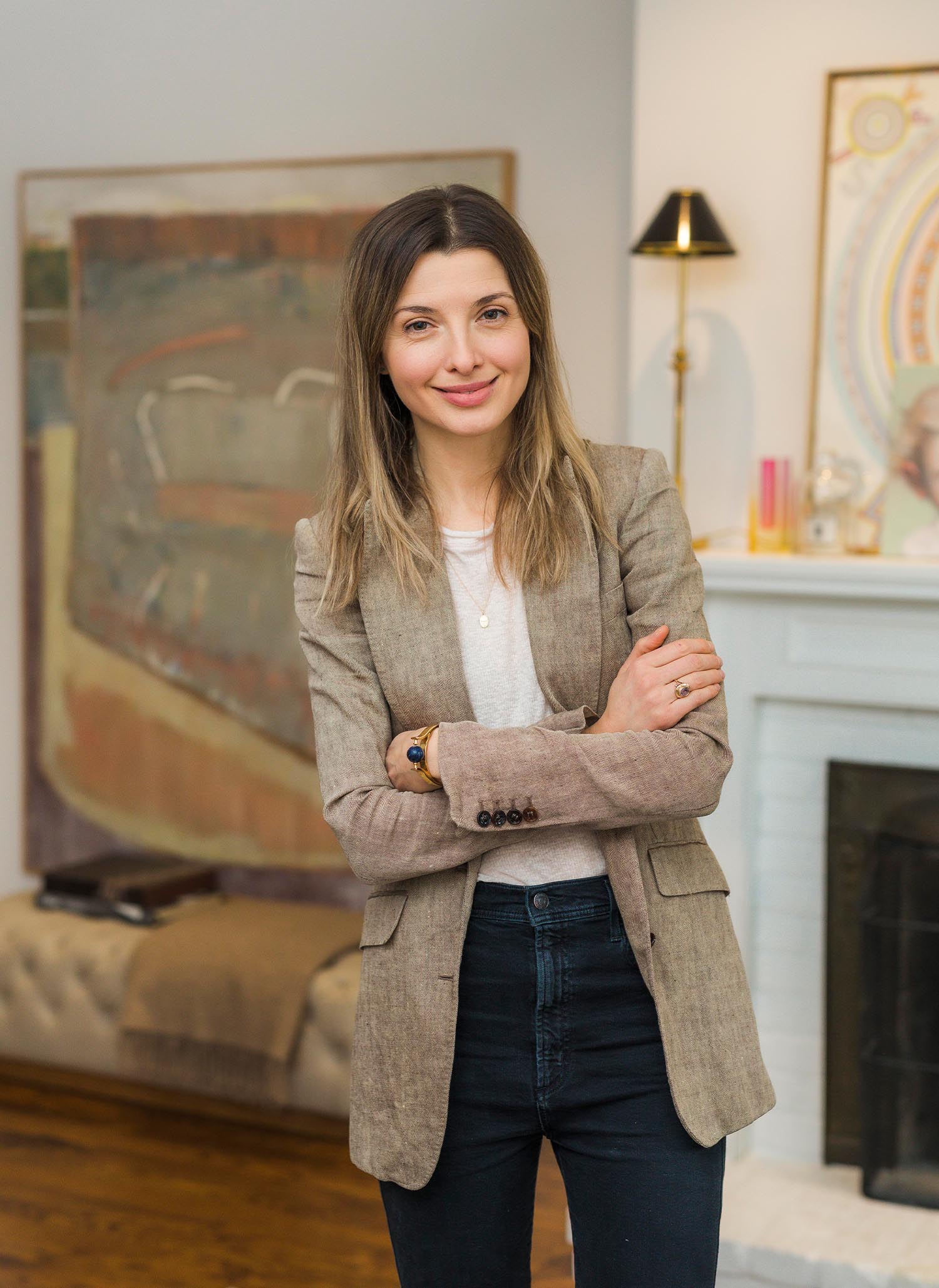 Creative Havens is a five-part series where Canadian leaders in design, architecture, film and fashion share what fuels their creative spirit and how they unwind and recharge.

BROUGHT TO
YOU BY

Creative Havens is a five-part series where Canadian leaders in design, architecture, film and fashion share what fuels their creative spirit and how they unwind and recharge.

BROUGHT TO
YOU BY

Working as an accessories wholesaler for British luxury fashion house Burberry, Aldorsson, then in her 20s, was introduced to the powerhouse designer by a mutual friend. Coincidentally, his studio was just a few blocks away from where she lived in London.

“We were neighbours and I didn’t even realize it! He took the time to look at my sketches and drawings and said, ‘go for it,’” recalls Aldorsson, who had previously worked in PR for Hermès in Toronto, where her love of leather and bags first took shape. “He saw my passion.”

Inspired by the resounding endorsement, she decided to follow Choo’s advice, returning to Toronto and launching Ela luxury handbags in 2005. As an emerging designer, she set the fashion world buzzing with her MILCK bags (an acronym for money, identification, lipstick, cellphone, keys). 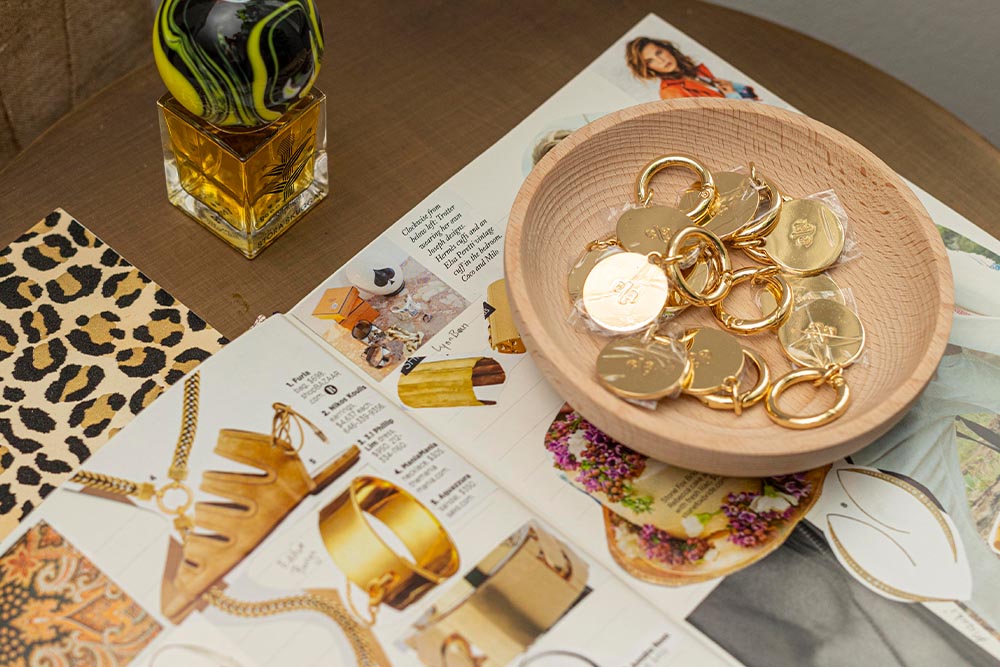 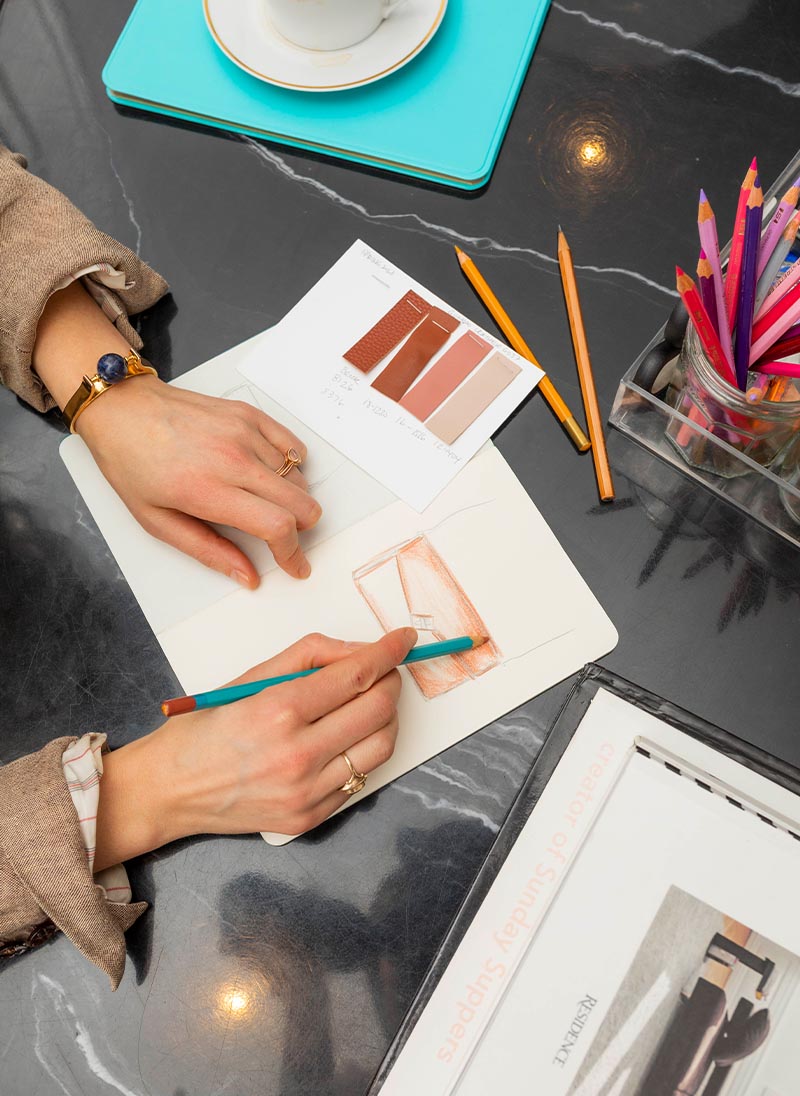 You’ve got to turn it off sometimes. We’re just running and doing so many things – we don't really get to reflect.

Her signature asymmetrical bags have been worn by the likes of Gwyneth Paltrow and Sophie Grégoire Trudeau, and she has collaborated with such big-name companies as Club Monaco, Holt Renfrew and Saks Fifth Avenue. In 2018, she received a Canadian Arts and Fashion Award for Accessory Designer of the Year. 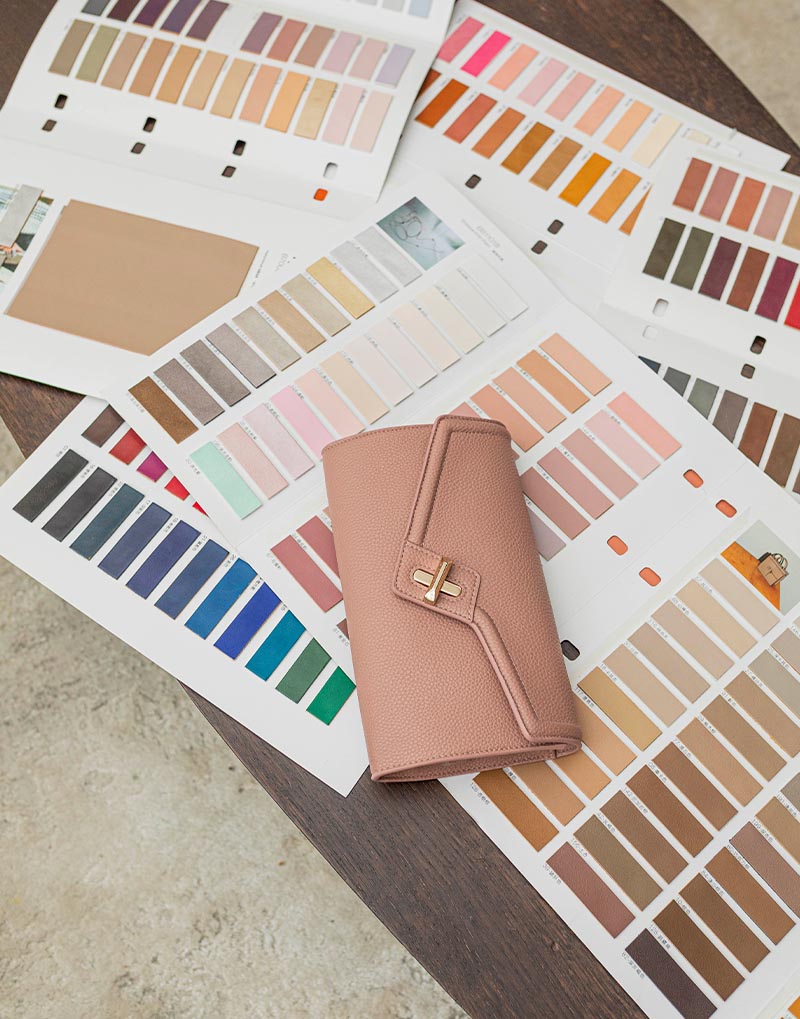 Last fall, building on the brand’s philosophy of “humble luxury,” Aldorsson relaunched her collection in vegan leather at a price point of $48 to $150.

Changing a functioning business was risky, she admits, and required a completely different approach to design. “The shapes that were performing the best in leather were MILCK, but in the vegan bigger functional bags are now more interesting.”

The clean designs of her spring collection in navies and earth tones of tans and blushes have a “timeless appeal,” she says, and are designed to be worn all year round.

Previously, the leather for the line of classic pieces, including handbags, satchels, totes and knapsacks – all designed for form and function – was made in Tuscany, Italy, and then flown to China for production. “It was such a wasteful process,” she admits. Since then, she has implemented a “more responsible” system, switching to a vertical business model, where the vegan leather fabrications and the hardware are made in China, followed by production nearby. 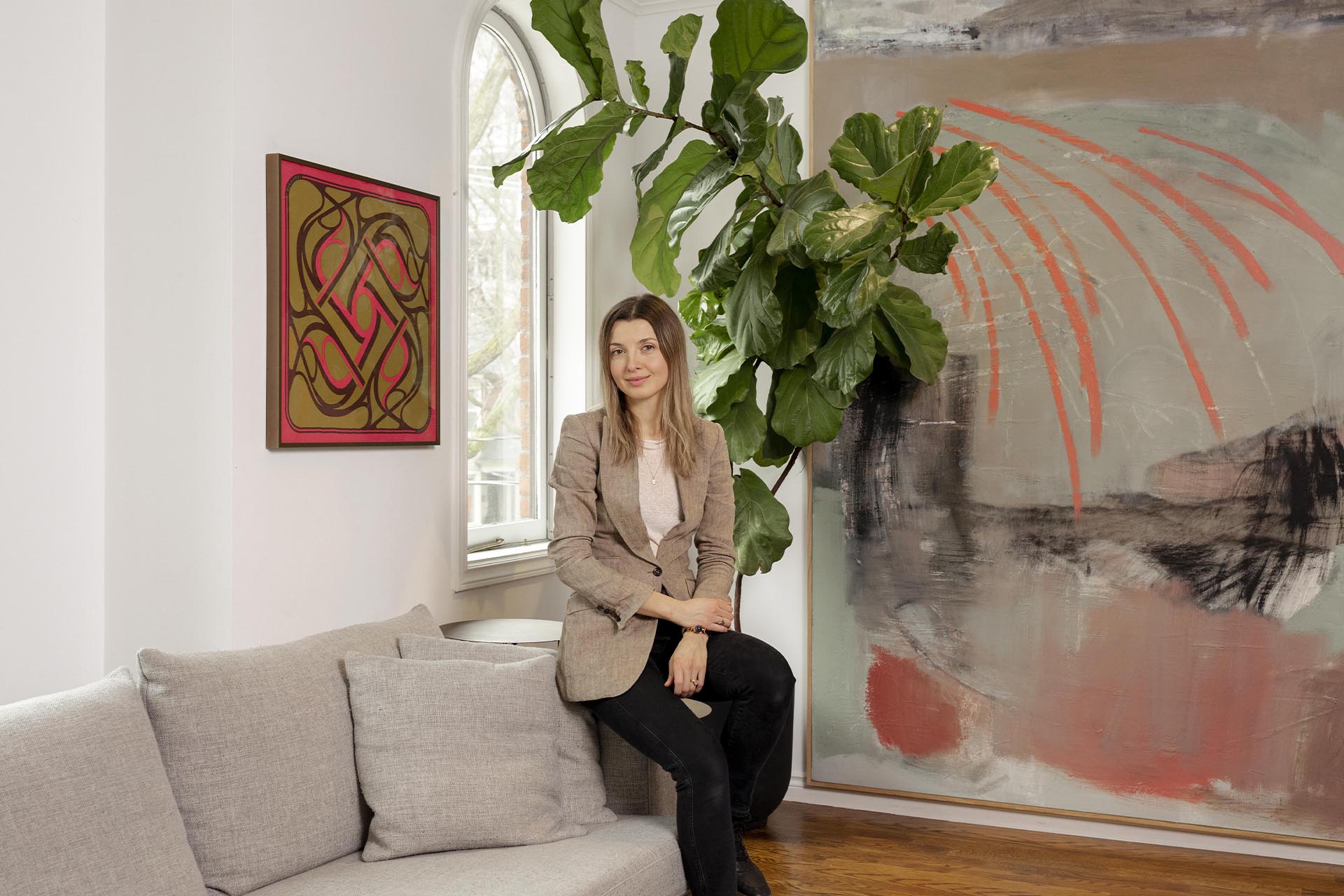 The striking visual art pieces found throughout Aldorsson's house, such as this large abstract painting by Toronto-based artist Louis Philippe Chapdelaine, are a source of inspiration for the designer.

“I wanted to reduce my footprint but still offer awesome quality without cruelty to animals,” she says. “After having a family, my own beliefs changed and shifted to how I want to leave this place for my kids,” says the mother of two. 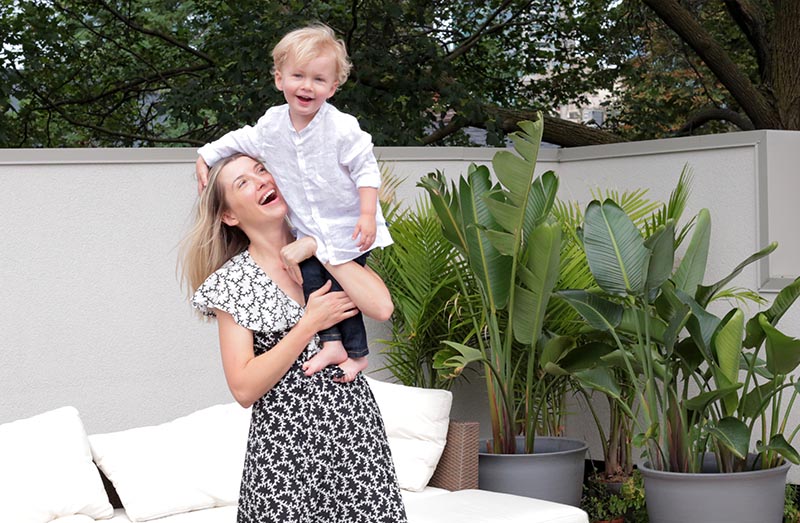 Her centre of gravity is the time spent with her family, often on the terrace atop her historic home nestled in Yorkville, in the heart of Toronto. “The backyard has massive trees and form a canopy over it in the summer,” she says. “It’s like being in a giant treehouse. It’s our little sanctuary, a place to reset.”

When she needs to engage in the physical creative process, Aldorsson retreats to a 500-sqaure-foot custom office one floor below.

The first thing she does is declutter the room. “I start with a blank canvas. I don’t mix work with home stuff. You live your life and then come back into [the idea.]” 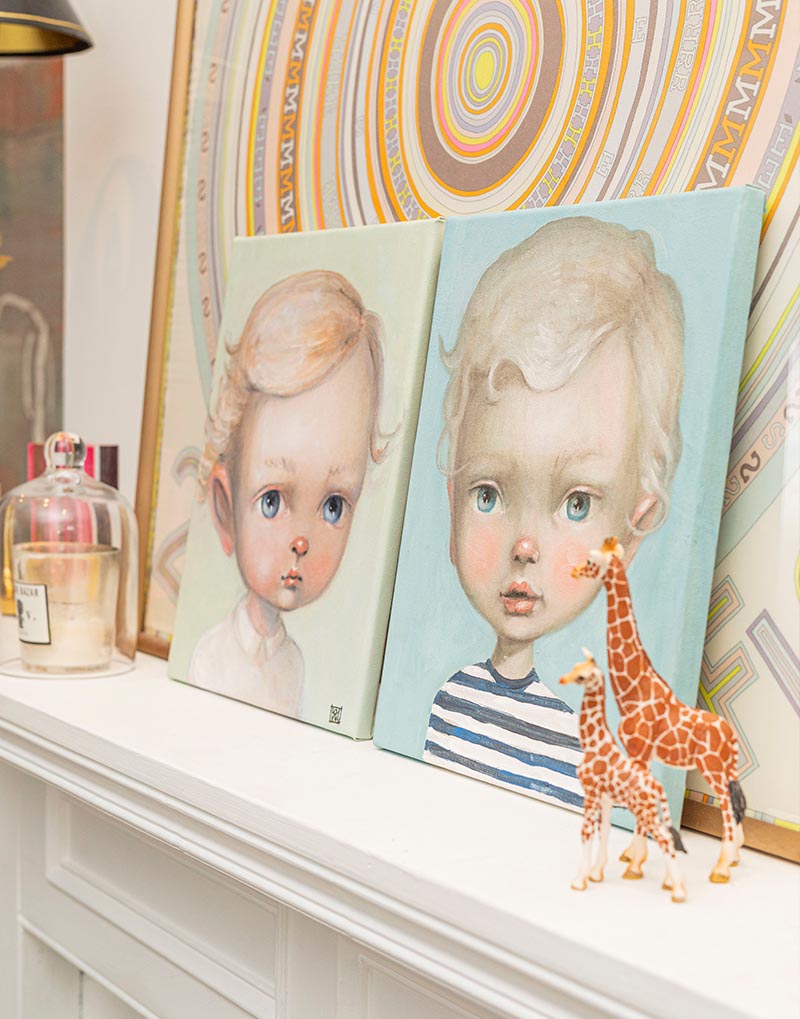 Portraits of Aldorsson's two children, painted by Kate Romina, have a place of honour in her living room.

After having a family, my own beliefs changed and shifted to how I want to leave this place for my kids.

“I work like an architect, coming up with the structure of the bag” she says. “If I’m starting a new shape, I’ll draw it on cardboard, then cut out the shape to spec. It also avoids too many samples being made.” 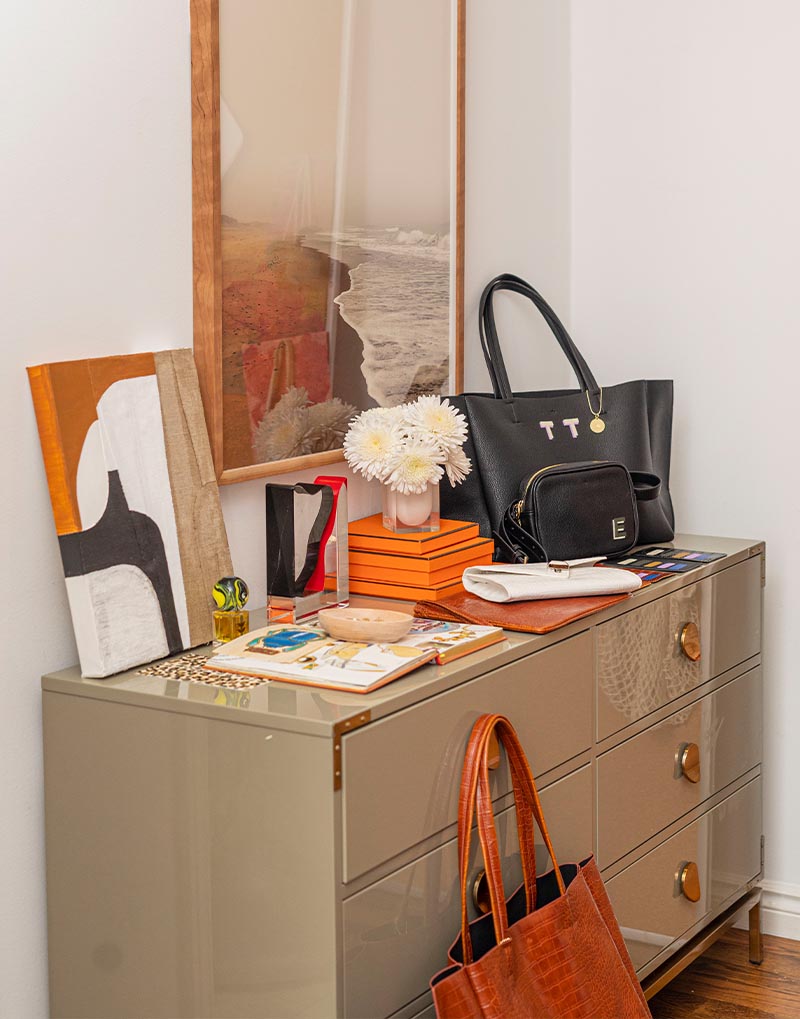 Aldorsson's own acrylic-on-Belgian-linen work (on the left); she finds painting is an effective way to recharge her creativity.

Aldorsson’s creative outlet and influences started young. As a child growing up in Poland, she took drawing classes and classical music, and one of their neighbours was an oil painter. “I would just sit and watch her for hours; I couldn’t believe what she could do with her hands.”

When she’s not working out handbag designs in her office, she doesn’t let the creative well run dry – she paints, scrapbooks, meditates, does yoga, reads poetry and listens to music – classical symphonies, upbeat Taylor Swift and Whitney Houston, and old soul R’n’B.

“You’ve got to turn it off sometimes. We’re just running and doing so many things – we don't really get to reflect,” she says, adding that when she’s in her office, “it all comes together here in a nice way. The universe comes full circle.”

BROUGHT TO YOU BY

A proud sponsor of Creative Havens, Lincoln has long recognized the power of a personal sanctuary. Our vehicles are thoughtfully crafted with beautifully serene interiors, rich amenities and revitalizing comfort. Our ownership services further elevate that experience by keeping Lincoln owners moving effortlessly through the world, leaving them feeling uplifted, not depleted when they drive a Lincoln. Discover more at LincolnCanada.com.