The scene in Kim Smiley’s dining room is not exactly what you might expect to find in a Forest Hill home on a Tuesday afternoon. Far from some upscale luncheon for Toronto’s social elite, the designer and social entrepreneur’s dining table is surrounded by a handful of seamstresses and artisans, all females and all refugees, steadfastly crafting one-of-a-kind works of art in the form of lace and Swarovski crystal-embellished cuffs, rings, and necklaces.

Since 2015, Smiley has been building her eponymous jewellery line and she hasn’t done it alone. The designer empowers vulnerable groups by providing meaningful employment that pays a living wage of $18 an hour. For the Montreal-born designer, offering this kind of opportunity — and, quite literally, opening her home — to Canadian newcomers just made sense.

“I have always been really interested in meaningful employment opportunities for individuals, but primarily for women,” says Smiley. “The women that I work with bring out my A-game because they are so talented and so creative, and we just have such a good time working together.”

While Ms. Smiley spends much of her day wielding delicate textiles and gems into jewellery, the crux of her company is more than sparkly accessories. The mother of one built her style brand on the pillars of fine arts, social justice and poetry. Fine art, in that each piece of handmade jewellery is a unique, wearable work of art; social justice, in that women who are marginalized or newcomers who might be struggling with poverty have work that they feel good about doing; and poetry, as each piece of jewellery is named after established or up-and-coming poets, and married with a poem from their body of work.

Ms. Smiley is also the founder of a non-profit called The Empathy Effect, a social movement that encourages people to choose kindness and consciously take part in an act of empathy once a day.

Humanitarian work is a thread that has been tightly woven throughout her life. Before making the leap into entrepreneurship, Ms. Smiley worked as an executive in the nonprofit sector, focusing on affordable housing, human rights, and the advancement of women.

She is a modern social equality crusader, though she is the first to admit that her business model does have its challenges, including the sometimes sizable language barrier. However, her latest hire, Sylvie Aknadossian, who arrived in Canada from Aleppo, Syria, eight years ago — and whose native tongue is Armenian, the same as her co-workers — has a handle on the English language and has been an asset to the team. With Sylvie acting as a translator, in addition to her role as a skilled artisan, the collaborative process has become more fluid and Ms. Smiley can ensure that all of her staff understand a pattern that needs to be cut or a stitch that needs to be made. The designer has been making an effort to learn some Armenian, too.

While language can be a challenge, art, she points out, is internationally understood.

“One of the great things about fashion is that you actually don’t need language,” she says. “Just by using a needle and thread, you can show [someone] what you mean by placing certain gems in certain places on a piece of lace.”

The brand has been growing organically, but thanks to the Trudeaus and what has been dubbed as “The Sophie Effect,” Kim Smiley was recently been catapulted into the international spotlight. Earlier this year during the Trudeaus’ February visit to India, Sophie Grégoire Trudeau was photographed on several occasions draped in the designer’s jewellery. On the same trip, while at an elephant conservation centre, Ms. Grégoire Trudeau was spotted in a handmade Kim Smiley dress, encrusted with colourful Swarovski crystals, placed vertically down the front of the dress, that correspond to the seven different chakras. It was originally called “The Empathy Effect Dress,” but has since been renamed “The Sophie,” for obvious reasons. (Apparel is the next chapter in the Kim Smiley tome, and pieces from the new clothing line will be available for purchase online later this year, including “The Sophie” dress.)

Seeing images of Ms. Grégoire Trudeau standing alongside her husband and three children, wearing items that were handmade by Ms. Smiley and her team at her dining room table, was a surreal moment for the designer. Thirty-five years ago, a young Ms. Smiley and her family — consisting of two boys and a girl, and nearly the same age as the Trudeau children are now — had similar photographs snapped while on vacation in India.

“It was so meaningful for me to see her in India, and at the Taj Mahal wearing my earrings,” she says. “It was just a complete full circle and unbelievably emotional.”

This month, Ms. Smiley and her six staff (soon to be eight) moved from the cozy confines of the designer’s dining room digs to an expansive atelier on Wingold Avenue in Toronto, an 1,800-square-foot space with 20-foot ceilings, which Ms. Smiley says is the culmination of her dream.

“Fashion is a wonderful way to spread beauty, and not just aesthetic beauty,” she says. “[It’s] a very powerful force to create social change.”

As the rich get richer, we’re witnessing a ‘global age of philanthropy’
April 26, 2018 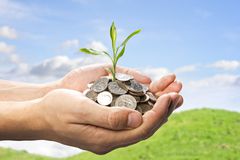