In downtown Kamloops, B.C., on a narrow patch of land near the hospital thrift shop and a tanning salon, there's a vegetable garden. Its raised beds are planted with kale, peas and squash – a whole variety of produce, growing in the open, with no fences to keep out passersby.

Which is exactly the point. The garden is called the Public Produce Project and has an official open-picking policy: Anybody is invited to come in and harvest food for free. There are signs instructing people what to take, when and how.

Chelsea Bailey, who runs the nearby restaurant The Ploughman's Lunch with her family, took advantage of it on her breaks last summer, as a refuge from her busy job. "I would go to the garden, pick a couple pieces of lettuce and sit on a bench and eat them," she says. "It was so freeing. You could just go outside and eat something."

There were always a lot of people coming, particularly children and university students, as well as the homeless. And the garden had a lasting influence on Ms. Bailey's own diet: "Since then, I have eaten more fresh foods, because I realized how lovely they are."

While governments in Canada have been distancing themselves from food production (as with the recent scrapping of the federal Canadian Wheat Board), the garden in Kamloops is part of a growing movement.

It advocates using public lands for food instead of flowers – creating spaces in cities for vegetable beds and fruit trees rather than lawns and dog walking. While the work may be done by volunteers, it requires the support of the state and the community at large. And despite critics who fear that food in common space will create messes or attract vermin and vagrants, it's spreading rapidly across the continent.

These initiatives come at a time of rising food awareness in the culture and a burgeoning need in the population. According to the U.S. Centers for Disease Control, only about a quarter of us eats three servings of fruit and vegetables a day. Obesity rates continue to climb and large swaths of cities are classified as "food deserts" – areas where there is little or no access to healthy, fresh foods.

"The state has a responsibility to make sure the community is fed adequately," says Laura Kalina, co-chair of the Kamloops Food Policy Council, which started the garden with a group of residents. "There should be policy in place to make sure land is available to grow food."

While the garden was launched on land donated by people in the community, the municipal government was quick to join in, opening two more this summer, including a raised bed at City Hall with strawberries and pumpkins for all to harvest.

Elaine Sedgman, who is with the local chapter of Master Gardeners, an organization that teaches gardening to the public, saw how quickly people took to the idea. "There were ladies across the street who worked at the hospital thrift store who would pick. There would be homeless people and business people who picked the produce. … Whenever I went to work there, there wasn't anything ripe because it was so well-picked."

For decades, city-dwellers have worked together to grow food in community gardens, which are often found in parks on plots allotted by the city. However, these plots are typically kept secure from anyone who is not a member of the community group. With public produce gardens such as the one in Kamloops, urban agriculture in North America is being transformed from a private grassroots activity to a public project with a whiff of social welfare.

There are many permutations. In one midtown Toronto city park, volunteers care for a public orchard of apricot, apple, pear and cherry trees, and harvest the fruit to share. This spring in front of City Hall in Baltimore, cold-tolerant greens such as collards and chard were grown by Master Gardeners and sent to a local food bank. Volunteers have replaced flowers with veggies at the capital building in Madison, Wis., and donate the produce to a social-services agency.

In Seattle in 2010, there was enough food grown on parkland to provide almost 42,000 produce servings to non-profit agencies. Now a parcel of land owned by Seattle Public Utilities is being transformed, with municipal grant money, into the Beacon Food Forest, where the public will be able to forage for berries, nuts and fruits. Last month, the Office de consultation publique in Montreal held public hearings into urban agriculture.

Even when Michelle Obama sowed her kitchen garden on the White House lawn, it was a symbolic gesture in the same direction – although those vegetables supply the presidential kitchen, not the public.

Growing food on public ground has roots in history. It recalls the "commons" that people who lived in rural communities shared for agriculture. Before the Industrial Revolution in England, villagers grazed their animals in public fields, until they were taken over by private landowners.

Today, the urge arises in response to multiple crises in North America – economic, nutritional and environmental, says Darrin Nordahl, an urban designer who lives in California. He coined the term "public produce" in his 2009 book of the same name.

"We've finally realized that the way we eat and procure our food is drastically affecting our quality of life," Mr. Nordahl says. "Even government officials are recognizing that we have an opportunity to bolster our cities' quality of life."

The amount of state involvement can vary from simply permitting volunteers to produce food on public land to providing labour and supplies. In Baltimore, public employees raise the seedlings for the City Hall vegetable beds in municipal greenhouses before they are planted by Master Gardener volunteers.

Mr. Nordahl recently worked with the city of Davenport in Iowa, where he enacted some of his ideas. "Probably 30 to 35 per cent of the real estate in every city boundary is publicly owned, and that's huge. We have an opportunity here."

What he identifies as public land includes hospital grounds, university campuses, school fields as well as the obvious parks, road boulevards and the government-building grounds – anywhere the public has free and open access.

In this way, publicly funded landscaping can play many roles beyond city beautification. It can fill hungry stomachs, improve health and ease the financial burden for struggling families.

"There is a whole lot of ornamental landscaping which isn't serving more than our visual appetites," says Deborah Lakowicz Dramby, a student at the University of Maryland who helped start a Public Health Garden on campus last summer. "Imagine if you could walk to a park and pick apples because you can?"

Public-produce gardens also can save the city landscaping fees, since volunteers do most of the work and there is no need to buy tulip bulbs. In 2008, when Provo, a city of just over 100,000 in Utah, cut its budget and decided not to put flowers in the planters at City Hall, a few planners sowed vegetables instead. They borrowed tools and compost from the city, tended to their planter gardens on their own time and donated the produce to the local food bank.

Some gardens even earn money. The beehives on Chicago City Hall's green roof produce honey that is sold to the public. At the University of California at Davis, where fallen olives on campus once caused bicycle accidents, the university now collects and presses them for oil, the proceeds of which are used to finance industry research and education.

Not everyone likes the idea of food being produced in their urban neighbourhoods. Currently in Annapolis, Md., a dispute has erupted between people who want to open a community garden in a park and those who want the green space to be left alone rather than produce food for a less-prosperous area nearby. According to a local newspaper, the fight is so vicious that neighbours aren't on speaking terms.

In Toronto, there was acrimony in the Eglinton West neighbourhood near Ben Nobleman Park when the idea of launching a public orchard was first proposed. Some tried to stop it, fearing that the fruit trees would be neglected and attract bees that could sting children.

"It was tense and it was uncomfortable," says Susan Poizner, one of the founders. Nevertheless, the orchard of 14 trees was planted and the community has seen a transformation. "Suddenly, Ben Nobleman Park is a destination. It's not a just a park you walk through."

Over all, though, Mr. Nordahl has found that the idea of growing food on city land appeals to people on both sides of the political spectrum. "I thought this would be a liberal-versus-conservative issue, but everyone supports this," he says. "The liberals think of it as social welfare and the conservatives love it because it is a bit of agrarian tradition. We are teaching some measure of self-sustenance."

Perhaps surprisingly, there have been few reports of vandalism or hoarding. When gardens are picked clean by people hungry for free food, their caretakers see it as proof of a need to plant more, rather than to put up restrictions.

Certainly in Kamloops, there has been no opposition, according to city councillor Donovan Cavers. "There is definitely strong support," he says. "The symbolism is caring for your neighbour and pulling a few weeds for their benefit. It's a small idea, but the concept behind it is pretty profound."

Inspired by the Kamloops example, Cranbrook, B.C., started its own public produce garden this year. That's the way Mr. Nordahl believes this idea will spread across the continent. He predicts that within two decades public produce will be like recycling is today – an urban imperative.

"Wherever you live, there should be food growing. This has to be something that is much larger than it already is."

Sarah Elton is the author of the bestseller Locavore. Her new book Consumed will be published next year by HarperCollins. 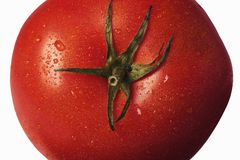 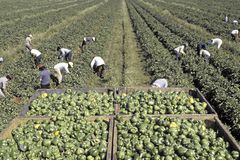 Grow better lettuce in your backyard garden
May 1, 2011 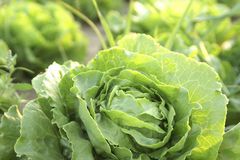