The three buzziest celebrity substance-abuse stories of the past couple of weeks tell the sad tale of why we can't quit the star-in-recovery habit.

Considered separately, the news that a long clean-and-sober Robert Downey Jr. checked his son into a rehab clinic in Los Angeles, that recovering addict-alcoholic Robin Williams had admitted himself for a pre-emptive treatment top-up, and that Toronto's stupor-prone Mayor Rob Ford had completed his rehab, emphasized what may be the most irresistible aspect of star-addiction stories: They never really go away.

So addicts will not be dissuaded by the sad loss earlier this year of actor Philip Seymour Hoffman to a drug overdose. We will still hear of recurring struggles and random airport drug busts and roadside DUI arrests.

The possibility of falling backward is a reality every addict must face. But for celebrities, "relapse" has a more sinister and sensational function. In some sad cases, celebrities keep themselves visible by agreeing to appear on reality TV shows about addiction treatment. And like the gun introduced in the first act of a play, it catches our breath in anticipation of it going off in the third. Once addiction is identified as part of a public figure's repertoire of character defects, it functions as a kind of permanent hair-trigger humiliator that can bring down the mighty at any moment. It's a reminder that, for the uncareful celebrity addict, the distance between a red carpet and a roadside breathalyzer is never more than an impulse away.

Celebrity fixation – itself, one might argue, a form of addiction – has long been an ambivalent desire. It's as much about the cruel pleasure of watching the famous humiliated as it is about the worshipful admiration of exceptional people. Indeed, it's likely we need both: the glamour and the dirt, the ascent and the crash, the high and the hangover. Maybe our appetite for celebrity news, which has never been more readily and ubiquitously fed than in the digital-media era, is inherently split between love and hate, attraction and repulsion, need and disgust. The same cycle, come to think of it, that defines the addiction roller coaster.

In addition to wealth, it is the very fame of the famous that presumably excuses public revelling in celebrities' foibles, as if they deserve what they get because they've got too much. But when it comes to addiction, which can introduce an element of almost explosive instability to anyone's equilibrium, it's difficult to feel too smug without crossing wholesale into the inhumane.

When I look at Downey Jr. presiding over his own 20-year-old son's admission to rehab, I can't help but wonder how painful, as both a father and a famously recovering addict himself, that must have been. How much guilt must he bear? What must it have taken for Robin Williams to take the step of admitting himself for more treatment, knowing full well that it would be public news? What kind of abyss was sucking at his coattails?

And what's to become of Ford, who is perhaps the most vulnerable and fragile of the current A-list addicts, because it's unclear that he really believes he has a problem. If some troubled public figures (think Nick Nolte, Lindsay Lohan and Mel Gibson) are shadowed by the looming possibility of relapse, others – like Ford – seem to be running headlong into the storm itself, lightning rods raised high above their heads.

Recovery isn't easy, not for anyone, and certainly not for people who believe they're going to get "cured." But it may be especially difficult if you're in the spotlight. Where addictions once took their toll privately and off-stage, they are now part of the show, or at least the part that spotlights the star's private life. If you can stay sober, or at least appear to be trying, you can cast yourself as a repentant survivor with an effective public-relations spin. But as a public figure, you're also both a professional pretender and an ego-gratification magnet, and there's nothing more likely to block the road to recovery than a flair for pretense and a sense of superiority.

This is the reason humility is given such a high priority in most 12-step recovery programs, and it is also the reason programs also stress anonymity. Until you get over yourself, you'll never get over your problem. It's why recovery might well be harder for the famous than most other garden-variety addicts. So our regular doses of celebrity relapse won't dry up any time soon.Special to The Globe and Mail

Shia LaBeouf to be treated for alcohol addiction
July 2, 2014 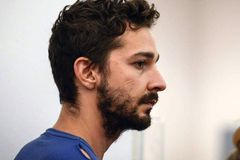 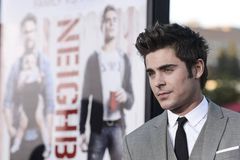 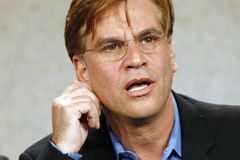 Four addiction experts on why recovery and abstinence is a lifelong commitment
February 6, 2014 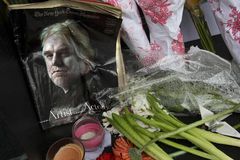