"Play me, I'm yours," tempted the piano perched outside the Royal Conservatory of Music. "Play me," it flirted in bold white letters adorning its sun-baked lid. It stopped me dead in my tracks, challenging my sense of social correctness as if I were staring at a tattoo on a toddler.

I had heard of these street pianos, art installations designed to bring the public together over the launch of an event, but I had yet to see one up close.

As one of 41 uprights scattered about Toronto this summer in anticipation of its 2015 Pan Am Games, this particular piano held a certain magic for me, given its noble backdrop. The Royal Conservatory has stood not only as a stunning architectural landmark in the city, but also home to some of Canada's most accomplished musical talents: Glenn Gould, Oscar Peterson, David Foster, Diana Krall.

On a far less distinguished note, I, too, have a history at the Conservatory, as did my mother. However, hers ended with her receiving an Associate of The Royal Conservatory (ARCT) diploma, in sharp contrast to mine, which, after untold years of piano lessons, amounted to the crowning glory of a Grade 1 graduation triumph.

Nevertheless, I fell victim to the piano's charms, diverted from my path by its naughty invitation to boast my musicality in scorching daylight, right there on Bloor Street. A familiar rush of exhilarated terror washed over me as I sauntered over to my long-time adversary, my old friend.

I sat down on the hard wooden bench, chained loosely to the foot petals of the Heintzman upright, and gazed at the keys in the sunlight. Their greying ivory was worn, even chipped in spots from the touch of a multitude of aspiring musicians, if not misguided percussionists.

They reminded me of the occasional chip I drummed off the keys of my mother's Mason & Risch growing up, carelessly practising paradiddles over the keyboard, infuriating her no end. Mum was an outstanding pianist who could not only fluidly sight read, but also play by ear, transposing any song into any key at the drop of a hat. Phyllis Duncan was the belle of the ball in her day, when parties were born out of little more than a group of merry voices and a pianist who could blow the roof off of the top 20 Hit Parade.

I ran my fingers softly over the keys; my hands hovered in the ready position, uncertain of what I would play, could play. The moment seemed right to call on a master: Bach, Beethoven, Mozart. I closed my eyes and raised my wrists, but all I could summon was Leila Fletcher's Dance of the Mayflower, Book One. Not exactly an orchestral flash mob waiting to happen.

If mum were still alive, she would have knocked it out of the park. A crowd would have gathered, and I would have stood beside her, beaming with pride. But I sat alone that day, thinking about my mother and her immense talent. I suddenly longed to hear her play again, and felt a twinge of sadness realizing just how much I had missed it.

Phyllis had played professionally at the CBC in her youth, spending nights moonlighting in lounges, not only for the money, but also for the sheer love of playing. Then she married my father, had her two daughters, and gave up her career as a musician. She would still play from time to time, at home when she thought no one was listening or at parties after a few drinks. But the feeling was never the same.

As I splayed my fingers for the opening chord of The Girl From Ipanema, one of mum's favourites, I was struck by an indisputable familiarity. There is no denying that I have her middle-aged hands now: blue veins running overtop protruding little bones under faintly wrinkled skin, my mid-finger knuckles now more bulbous, just as hers had become. I'm quite certain that these are not the hands I used to play with in my career. Oh, I did have one, just not with classical music.

I wrote contemporary songs and sang them, and for a time, had the chance to play them for artists I never dreamed I would get the chance to meet, let alone open for: kd lang, Jann Arden, Joe Cocker, even the girls at Lilith Fair. It was quite a ride. But it did come with its bumps, not the least of which were the pre-show jitters that plagued me nightly. My hands would literally shake backstage. I knew I could sing, could talk to an audience; maybe even get a laugh out of them. But I didn't trust my hands. They would betray me. I can't play. I had said it my whole life. That was hers, not mine, and mothers and daughters should never compete. No one ever said it; I just knew it in my heart.

A lazy patch of cloud ambled overhead, offering a welcome respite from the sun's sizzling rays. I sat quietly, somewhat stuck to the bench in the 44-degree humidex, when a warm breeze suddenly wafted over me. It broke the stillness in the air, urged it, and I smiled, feeling my mother's spirit passing by.

As I got up to leave, I read the words one more time. "I'm yours," the piano had promised. But it never really was mine. It had always been hers.

Facts & Arguments
In her memories, I hope my mother is still driving
August 8, 2012 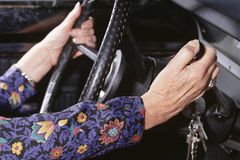 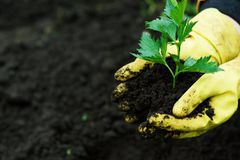