Science is based largely on observable concrete facts. When I work with students at the University of Waterloo, I explain enthusiastically that credit must always be given in their essays to those men and women who have discovered some earlier truth about the subject they are writing about.

Science progresses from one generation to the next by research carried out "on the shoulders of giants," I pronounce.

Students may wonder what shoulders have to do with anything, but they remain silent.

Yet recently, while writing a second scientific book on the giraffe (itself a giant), I noticed that this adage is not necessarily true at all.

The first such book was written in 1976 – by me and Bristol Foster, a classmate in biology from the University of Toronto. It was the bible of giraffe information for a while, and it sold so well that I was asked to update it in 1982. These books were stuffed with facts, but now, to my horror, I realize that some of them were wrong!

For our first book, much of the content was supplied by our own research. I had been the first to study giraffes in Africa, from 1956 to 1957, while Bristol had been the second, in the 1960s.

With no budget, I had documented obvious features such as the time of day for various activities (feeding, ruminating, sparring, resting, mating) and filmed the gaits of giraffes, which would become part of my PhD thesis.

Bristol, who worked from the University of Nairobi, had financial backing. In one 20-month study, he drove through Nairobi National Park each week, noting all the giraffes he encountered. He photographed each animal from the left side so that he could recognize individually the 241 giraffes that visited the park during that time.

His analysis of which animals were present on any given day, which was taken as reflecting possible friendships, found that females were almost always in groups, unlike the loner males, but that the members of these groups changed each week. Apparently, available food trumped friendships: Females congregated near tasty forage trees, but that did not make them good buddies. In our book, we noted that giraffes had little social interest in each other.

Subsequent scientists could not build upon this information because it was wrong. It did reflect what we saw in Nairobi National Park in the 1960s, but not how giraffes in general see each other.

In recent years, more long-term studies by other researchers have shown that female giraffes do have buddies with whom they may hang out for six years or more. We now know that giraffes, like elephants and rhinoceroses, may communicate with each other by sounds too low for us to hear. They may seem to be scattered indifferently over a large area, but they are probably communicating by infrasounds. Giraffes inhabiting a large area are familiar with each other, but spend their days in smaller groups that often change their composition. Like people.

Giraffes have excited biologists because of their unusual shape. The brain is far above the heart, so how do they manage blood-pressure issues, the scientists wondered.

Knowing that the heart must be very strong, researchers weighed the heart of a young giraffe, then managed to make a mistake in calculation, reporting that the weight was 2.5 per cent of total body weight.

This number was far too high. The truth is, giraffe hearts are similar in size to those of other mammals (about 0.52 per cent of body mass), but their thick walls make them extraordinarily powerful.

Other research giants provided incorrect information about giraffe youngsters. Calves are seldom seen being born in the wild, but giraffe births in zoos are major events. It is well documented that these mothers can behave badly. Some refuse to suckle their young, others step on and injure them. Others kick them. Even in the field, newborn giraffes have been seen all alone, no mother in sight, and the inference has been made that she abandoned them. Giraffe mothers had a bad rap.

This was most unfair. We now know that a few months after giving birth, a female may again be pregnant. Her body provides milk for her youngster even as it is organizing the gestation of her next infant. And if her newborn calf dies, she may be distraught, circling the small corpse, sniffing it, standing guard for days, long after her female colleagues have wandered off. Giraffes are actually exceptional mothers – few women would want to emulate their productivity.

Maybe I shouldn't push the "shoulders of giants" scenario so enthusiastically at my students.

All scientists must be aware of what has been accomplished earlier in their field, and usually they can build on these findings. But sometimes they have to correct them instead.

Facts & Arguments
I dreaded taking students on a travel study to Africa
July 13, 2011 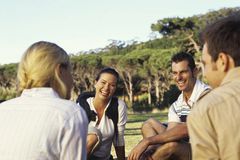 Facts & Arguments
How dolphins call out the names of their friends
February 24, 2013 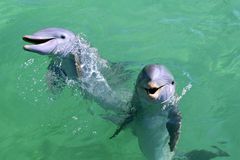 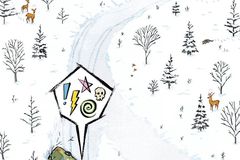