When 35-year-old Francesca Zielinski stepped out of her dermatologist's office after her first Erbium laser treatment, her face felt "really hot – like a bad sunburn." The Toronto-based receptionist raced home and spent the next several hours applying washcloths soaked in ice water to bring down the heat. But the next day was even worse.

"Your skin looks pretty gnarly," she recalls. "There's no blistering, but you're really, really red and it feels very rough. Then it starts peeling."

And even though the entire healing process took seven days, she can't wait to do it all over again. Erbium is one of several new "fractionated laser" treatments, a group of anti-aging skin resurfacers that dermatologists such as Jaggi Rao, an associate clinical professor of dermatology at the University of Alberta, believe are the best way to treat brown spots, scarring, sun damage, fine lines and uneven skin texture on women of any age.

While the typical patient seeking improved tone and texture is in her 40s or 50s, women targeting acne scars or uneven pigmentation tend to be in their teens, 20s and 30s.

Even celebrities are getting onboard: In a July interview with Oprah Winfrey, Kim Kardashian, who is 32, admitted that the Fraxel – a laser similar to the Erbium – is the secret behind her camera-ready complexion.

According to the American Society of Plastic Surgeons, it's also one of the fastest-growing categories of non-invasive procedures, rising 173 per cent between 2000 and 2011. Given the buzz and the growing number of users, is laser resurfacing poised to become as common as facial sin the average woman's beauty regimen?

Ablative fractionated lasers – the procedure that Zielinski chose – represent the latest advancement in anti-aging. During the treatment, light penetrates deep into the dermis to stimulate collagen while also removing a percentage of skin tissue on the surface. A typical session takes less than 30 minutes, although most patients opt for a topical an esthetic that must be applied 30 to 60 minutes beforehand. Post-treatment, redness sets in right away, but it's not until the days that follow that most patients will experience swelling and peeling.

Once the skin heals – a week of recovery time is typical, says Rao, who recommends a series of three to five sessions, spaced one month apart – "you can see the collagen-building effects immediately." Treatments cost from $400 and up; the effects, if bolstered by maintenance visits every six to 12 months, are touted to last several years. As with any laser procedure, the main risk is an overly aggressive approach by an unqualified practitioner.

"If you apply too much heat to the skin, it can burn and cause serious damage," Rao says.

As daunting as that sounds, however, cosmetic lasers have in fact come a very long way: The older ablative lasers vaporized the entire top layer of skin and required several weeks of painful recovery time.

What's more, Rao explains, "when lasers were first devised for the purpose of skin rejuvenation, they treated 100 per cent of the surface area [at once]," resulting in a far more intensive treatment.

Fractionated lasers changed that. The first to arrive, in 2004, was Fraxel, which delivers less heat but penetrates the skin more deeply. It also targets no more than 15 per cent of a patient's skin at a time, reducing damage and healing time, practitioners say. This new breed of laser can also be used on all skin types, widening the treatment's reach; previously, laser resurfacing could only be performed on fair-skinned clients.

In fact, the treatment has become so popular that the word "Fraxel" is now used to describe fractionated laser resurfacing of any kind – even though other medical aesthetics manufacturers, such as Cutera, Lumenis and Cynosure, have come outwith their own versions.

Nowell Solish, a Toronto-based dermatologist and assistant professor at the University of Toronto, explains the appeal: "People know they can get an improvement of crow's feet and heavy lines with Botox and fillers," he says. "But then they plateau and realize that, even though the wrinkles are better, they still have the same sun-damaged skin."

Others, such as Alex Kuczynski, author of Beauty Junkies: Inside Our$15-billion Obsession With CosmeticSurgery, see the movement toward lasers as a backlash against the "puffed-up, balloon-looking faces[that are] perfectly smoothed out by Botox and then engorged with fillers. Once one trend wanes, another has to fill the void, and now we have a focus on pores, on dark spots, on flawless skin."

Blame the trend, too, on high-definition television, which has prompted not only celebrities but viewers to scrutinize their faces through a less forgiving lens. Among fans, a procedure that alters the texture of skin but doesn't distort its contours isn't any more worrisome than the everyday use of moisturizers and eye creams, but it should be, says Vivian Diller, a clinical psychologist and the author of Face It: What Women Really Feel AsTheir Looks Change. "There's something understandably more appealing about making smaller, gradual changes that create the effect of looking healthy and the best we can for our age," she says. "But these procedures are so accessible that they are becoming a part of everyday maintenance for millions of people."

In the U.S., 466,238 people had fractionated laser resurfacing in 2011. And it's not just a North American phenomenon. "It's popular in Europe, in Scandinavia and in Asia," says Diller. "What is that telling us about our culture? The concern I have is that there's an enormous pressure on women of all ages to keep from looking like their natural selves."

A natural look, however, was exactly what 62-year-old Wendy Turner of Caledon, Ont. was after when she underwent a series of five laser resurfacing sessions. "I'm not trying to look like something I'm not," she says. "I'm just trying to look like a 62-year-old. I had done a lot of damage to my skin, but people are more educated today about smoking and sunscreen. Maybe 10 or 20 years from now, people won't need this."

It's true that resurfacing is usually a corrective – not preventative – measure.

Still, as younger women increasingly take their beauty cues from celebrities like Kardashian, laser treatments could become a normal part of upkeep – even among women who grew up shunning the sun.

"By addressing minor anomalies[such as fine lines] early, you may be able to slow down their progression," Rao says. "Despite the use of sun protection, the desire for smoother, thicker, tighter skin will always come into play."

The wrinkle revolution: Are older women embracing their age?
April 7, 2012 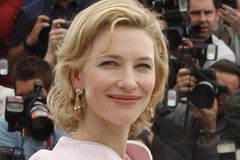 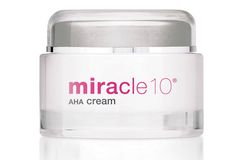 The Canadian skin-care industry's latest hot ingredient? Maple syrup
April 2, 2011
Follow us on Twitter @globestyle Opens in a new window
Report an error Editorial code of conduct
Due to technical reasons, we have temporarily removed commenting from our articles. We hope to have this fixed soon. Thank you for your patience. If you are looking to give feedback on our new site, please send it along to feedback@globeandmail.com. If you want to write a letter to the editor, please forward to letters@globeandmail.com.
Comments