Perfume "isn't just a list of ingredients," Bruno Fazzolari is telling me over the phone from California. "There's a synergy that happens with the notes and it turns into something else." Fazzolari, a San Francisco artist who now incorporates scent into his studio practice, knows whereof he speaks. In 2013, he launched his first fragrance, Lampblack, in a gallery setting, since both the concept and the notes were inspired by the India ink paintings that lined the walls. It has since become a hit.

Niche fragrances such as his, Fazzolari says, have been catching on fast with the public because the makers of more commercial perfumes are getting it all wrong. "Scent is so deeply connected to our lives in really beautiful ways and the [mainstream] perfume industry has dumbed it down," he sighs. "People have much more complex relationships with it."

The big perfume players, however, are catching on, even if most aren't tinkering with their most popular commercial brands. Instead, they are bringing the niche stars into their folds. Estée Lauder, the beauty behemoth that produces such fragrances as White Linen and Youth-Dew, recently bought Le Labo (the renegade, bottled-on-demand range started by two former L'Oreal executives) and Editions de Parfums Fréderic Malle (the respected "publisher" of the more experimental passion projects of renowned perfumers). In January, the Spanish company Puig, which already owns major prestige brands such as Paco Rabanne, Jean Paul Gaultier and Nina Ricci, followed suit, acquiring the British perfumer Penhaligon's (established in the 19th century) and L'Artisan Parfumeur (the storied modern French company).

Interestingly, it took longer for the beauty corporations to catch up to the niche revolution happening around them than it did the fashion world. J.Crew, the retailer who popularized party sequins for day, launched a pair of its own idiosyncratic perfumes last fall with the help of Arquiste, a relatively new boutique brand whose scent notes are rooted in storytelling. The Arquiste for J.Crew duo are called 31 and 57. Both were inspired by a 1943 exhibition of 31 women artists hosted and organized by Peggy Guggenheim at 31 West 57th St. in Manhattan. Carlos Huber, Arquiste's creative director and a former architect, says it was the first all-female modern-art show in the United States. The scents are intended to evoke the oak that lined the gallery's walls, the drinks that were served (especially "vermouth, an essential part of the American cocktail in the 1940s") and the commingling of perfumes worn by guests in attendance. (Arquiste's perfumer is Rodrigo Fleures-Roux, best known for Tom Ford's Neroli Portofino.)

As Huber admits, this backstory to the perfumes, which include notes such as cinnamon bark and labdanum, is a tad "theatrical." But, he also laughs, "I don't like bullshit." The results "have to be pleasing."

For its part, J.Crew has established its own kind of niche by being an early adopter. It remains to be seen, though, if it and even larger brands can remain true to the niche-fragrance ethos, keeping both their own market entries and their acquisitions sufficiently unique. In the case of 31 and 57, J.Crew says that the fragrances will be produced in small-scale, limited batches, thus avoiding a mass-market feel. By evoking artists and artistry, it also seems to have struck the right thematic chords, echoing painter/perfumer Fazzolari's belief in the similarities between scent and art.

In any case, it is highly unlikely that any big beauty or clothing brand will produce anything as eccentric as Fazzolari's newest scent, which is called Room 237 and was inspired by the Stanley Kubrick thriller The Shining. According to the artist, he has long been obsessed with that movie (especially its green-tiled bathroom) and wanted to base a perfume on it. In order to supply me with a sample vial, Fazzolari talks me through the trap door on his website and provides a password that leads to a hidden page and a form to request the work-in-progress. It's an odd but compelling perfume that is both floral and medicinal.

"Mass-market perfumery has created a lot of expectations about how perfume should be; small perfumers operate according to different rules," he says.

"That's a big part of what attracts me to this – the democratic nature of it, then how it changes the concept of what's original. There's something kind subversive about that." 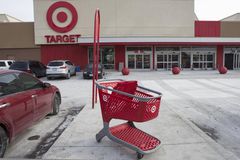 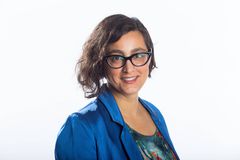 Nathalie Atkinson: Haute couture goes kitsch? I like it
December 19, 2014 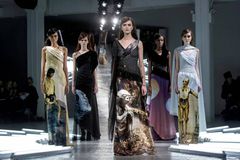