"Is it too wishful to hope fashion fans will pick up a book now that Joan Didion is the face of Céline?" That snarky comment, tweeted recently by Julie Zerbo, founder and editor of popular blog The Fashion Law, had to do with the French fashion house making the award-winning American author, 80, the star of its spring ad campaign. In the days after the petite woman of letters appeared in the February fashion magazines, sporting her trademark oversized glasses and an elegant Céline outfit, she dominated social media, eliciting clucks of approval from certain corners in a way that dewy Natalia Vodianova for Stella McCartney never will.

If women of a certain age were in vogue last season, this one adds intellect to the mix. But much of the commentary about Didion – that she's "the thinking person's fashion icon," etc. – has left me vaguely annoyed. The fact that, in 2015, we are still having the conversation about smart people who might actually like clothes is deeply depressing. Worse is that it's being encouraged by the likes of Zerbo, who is both a lawyer and a devoted follower of fashion. That's right, she's both. At the same time!

To paraphrase Zerbo's own statement, is it too wishful to hope that people will ever stop making quips like hers? Even if they're just for effect? The suggestion that having an interest in fashion and a sharp intellect are mutually exclusive has become a flashpoint for me. Over a decade of covering the industry, I have certainly become thick-skinned, but only to a degree: You can insult my shoes, but my brain? I can't help but take it personally. Then I regret taking it personally even as I get sick of being a Cassandra.

The kind of exclusionary snobbism witnessed after the Didion announcement arises every time cultural worlds collide. Think of the eyebrows raised when the formidable Angela Lansbury appeared on the cover of the cult fashion magazine The Gentlewoman or the Downton Abbey star Dan Stevens was appointed one of the jurors of the Man Booker Prize. Such overlapping of milieux challenges our preconceptions about high and low art, the trendy and the timeless. To adherents at both ends of the pop spectrum, a National Book Award winner posing in current fashion messily blurs the cultural lines we have drawn in Western society for decades. Poor Marilyn Monroe, for instance, was rarely seen as anything more than a sexpot in her lifetime, no matter how many books she was photographed reading.

Thanks to Netflix, I recently rewatched myself in an episode of Kenny vs. Spenny from that show's first season, in 2002. In it, the younger me embraced the 'it's fabulous, dahling' caricature of the front-row fashionista with enough levity to lampoon it, playing a version of myself that anyone who remembers Kay Thompson's fashion editor in Funny Face recognizes. If I had to do it again, though, I wouldn't play it that way. Clearly, many assume such stereotypes to be true and don't get the joke.

It's a blind spot that characterizes many cultural spheres. Articles about graphic novels, for instance, continue to open with the declaration that "comics aren't just for nerds/kids any more!" In recent years, the fashion world has begun striking back, assembling exhibition upon book upon exhibition, from the anthropological to the intellectual, to assert its relevance and heft. The savviest of these – Women Fashion Power, on view at the Design Museum in London until April – makes sure to incorporate the looks and views of a female CEO or two.

The thing is, these CEOs still tend to tone down their fashion sense or self-censor their interest in order to be taken more seriously at work. Men don't do it with cars. Nobody does it with cocktail culture. Or theatre. Of these pursuits, a passing or serious interest in clothes is the least privileged, the most unappreciated and mocked. There are those who study it. Some just enjoy it. To be sure, the fashion industry has a lot to answer for, but being dumb isn't one of them. And backhanded praise for Didion just seems one more way to encourage everyone to wrongly judge a book by its cover.

What our objects – from mailboxes to coffee grinders – say about us
May 12, 2018 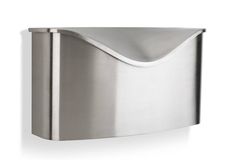 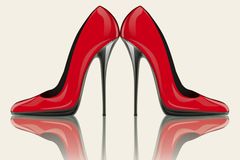 On TV shows like Downton Abbey, class strife unfolds in gorgeous fashion
May 12, 2018 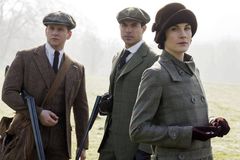