That old nugget about how friends may come and go, but family is forever? Well, social science researchers beg to differ. Your family can give you the boot from your cozy perch on the family tree at any moment.

"Oh yes they can," says family gerontologist Katherine Allen. "They can kick you out and bring somebody else in."

Allen, a professor of human development at Virginia Polytechnic Institute and State University in Blacksburg, Va., studies the ways in which people tweak and redefine their family structures to reflect their personal reality. Acting like a personalized human resources department and redrawing the family organization chart is becoming far more commonplace. You've probably already done it: Do you consider that someone is "like a brother to me?" Or does your elderly neighbour boast that you're "like a daughter" to her? Bingo.

Social scientists call this the creation of "fictive kin." We promote, say, a distant family member or someone not related to us by blood, marriage or adoption, into our inner circle. It's a strategy that is poised to become even more widespread as the number of solo households in Canada continues to rise. Families are also smaller, with fewer siblings. People are living longer and families are stretched geographically, so we are more likely to embrace substitutes and additions to fill familial rosters.

"This is a very common experience," says Allen. "Relationships are impermanent. They can change over the life course. People are highly adaptable when they need to be and they want to be."

While forging new bonds may alleviate loneliness, tangible health benefits are also starting to accrue. Allen points out that in addition to emotional connections, research suggests that strong social support from a broader network of friends and family aids in recovery from illness, longevity and in keeping active.

Allen is known in her field for mapping and naming five methods by which middle-aged and older people commonly redraw their family ties. In the most common scenario, called "kin promotion," a person elevates a distant relative to a closer connection, as if by blood or adoption – a step-granddaughter is considered a full granddaughter, or a cousin is more like a brother, for instance. When people promote someone to whom they are not related to a family-like position, that's dubbed "non-kin conversion."

"This is just how people 'do family' today," says Allen.

Of course few of us would refer to someone as our fictive kin – we use common family terms instead. Allen explains that we say "like a sister" or "like a daughter" to bridge the distance between old notions of the ideal family, for which sociologists use the acronym SNAF (Standard North American Family), and a more complicated reality.

Margaret Nelson, a professor of sociology at Middlebury College in Vermont, points out that using this language emphasizes the power of traditional family template, even as it seems to undermine it. "It is very interesting that people do it so much – even when their own families are a mess," she says. "It draws on an idealized notion of what a family should be."

The practice of enlisting "family" members can be spurred on by practical or logistical needs. In her current work, Allen says, she's observed tight bonds that are forged simply because someone has a driver's licence and can ferry another person to and from doctor's appointments.

At the same time, family scholars continue to look for ways to further clarify the terms of kinship. When the field of family study emerged in the 1970s, it was used to explain trends among African-Americans – ethnographer Carol Stack's 1974 book All Our Kin: Strategies for Survival in a Black Community was a major influence. Related theories included characterizations of West African traditions that predated slavery, and the effects of slavery itself on the family unit.

In her current paper Whither fictive kin? Or, What's in a name? Nelson critiques the received wisdom that fictive kinship is a custom particularly common to the African American community as a function of what's been studied, not necessarily what's true.

Later, the gay and lesbian community altered the language somewhat to explain their pursuit of family, using terms like "chosen" or "intended" kin. Newer terms include "voluntary kin" and "situational kin" and refer to an ever widening sphere of documentation, such as in prisons and among street kids.

"These kinds of changes in families are not just happening among those who are marginalized, they're also happening in the middle class and the upper middle class because their families, too, are changing," says Allen, adding that her research suggests that men appear to be less skilled at creating fictive kin than women.

And Allen hopes that by understanding these relationships, she and others can help normalize and encourage the forging of beneficial ties, especially as we age.

"If we're prepared for the fact that life changes, if we're prepared in advance for the narrowing, the thinning of the kinship network, we'll have better skills and better anticipate that we're going to have to find our own replacements," she says.

In the process, she adds, we also might buck the stereotype that a person living alone must be lonely and have a less fulfilling life. "There can be loneliness, but you can be pretty lonely living in a household where there's other people," she says. "It's a question of quality."

The ties that bind
Five ways we remake our family trees, according to gerontologist Katherine Allen's 2011 study of middle-aged and older people

This is the most common form, in which non-biological kin are "promoted" to a closer relationship. People take a pre-existing bond such as a cousin or step-granddaughter and tighten it up, often as a result of death, divorce, remarriage or residential relocation. A step-granddaughter is referred to as a granddaughter, for instance.

In this practice, biological ties are exchanged in the family hierarchy. Brothers will say an older sister was more like a mother, which suggests that maternal care-giving defined the relationship, Allen writes.

Here, close ties are "retained" despite events such as divorce – a son-in-law's relationship with his ex-father-in-law, for example. Allen says it's a recognition that we don't have other language to explain these relationships so we hold on to outdated terms.

Friends, students, neighbours or work colleagues are are "converted" to close kin in recognition of their perceived closeness and value. Someone is "like a sister."

This category is about losing, rather than adding, a person to one's family structure due to death, divorce or relocation. Can be voluntary or involuntary. 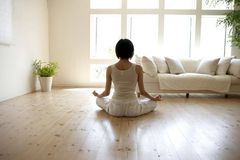 Table for none: How the solo generation dines
January 15, 2013 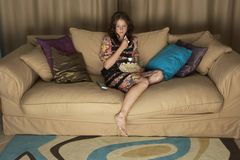