It was almost two in the morning when I entered my parents’ house, reeking of marijuana. I disabled the alarm, pulled off my shoes, and sprayed a little Lysol on my sweatshirt. Then I tiptoed out of the laundry room like I always used to when I’d come home late and didn’t want to wake anyone from one of the many groaning floorboards.

It all felt so normal, reminding me of those Saturday nights in high school when I’d return from a party, or when I was visiting from university and back from a bar, ready to sleep in my old bed, attempting to slip through the shadows unnoticed.

No matter how sneaky I’d be, though, my father would always greet me at the top of the stairs. Standing there in his boxers, his eyes groggy, his posture slouched, he’d ask me how my night was. I’d ask him why he was up, already knowing the answer – that he could never sleep until he knows I’m home safe. No matter how late and no matter how old I got, he needed to check on me and make sure I was okay.

Charley was fast asleep on his mat near the staircase, reaffirming my family’s suspicion that he’d make a horrible guard dog. I stroked his curly white hair and made my way up the stairs, avoiding the creakiest steps, feeling a little guilty that I had been out for so long.

I had been walking around the neighbourhood with my friend Sam, smoking separate joints, keeping six feet apart and struggling to process my dad’s recent diagnosis. I wasn’t able to cry during that walk; in fact, I haven’t been able to cry for the last couple weeks. Discovering Stage 4 cancer is scary enough, but it’s even scarier during a pandemic. All of it was too overwhelming to understand, too impossible to interpret. Life throws many curve balls, but rarely at the velocity and frequency of the last month; now I was shocked at home plate, feeling as if the universe had struck me out. Maybe what I needed was a hug, but in a world that required distance, hugs were no longer available.

His diagnosis came suddenly, a couple weeks after my 25th birthday, during a time people were afraid to enter a grocery store, let alone the emergency room. Maybe that was the problem. With our biggest fear being the invisible enemy outside, we were blindsided by the one growing inside him.

The result was a switch of roles; when it was typically my father who would check on me, I was the one now checking on him. It was me who would tuck him in at night and make sure he was okay, who would bring him water when he’s thirsty, food when he’s hungry, morphine to mask his pain, Zofran to ease the nausea. My attentiveness was around the clock, except for the occasional moment when I slipped away to go on a walk. I was grateful to return the favour, to be there for him the way he’s been there for me my whole life. But as I made it to the top of the stairs that night, I was really hoping I’d see him standing there in his boxers. I was hoping for just one more moment where he was the father and I was the son.

I wasn’t surprised that he wasn’t there. After his first treatment, he’d been getting weaker and more fatigued. Some days, it was difficult for him to even leave his bed except to go to the bathroom. I had been walking with him down the upstairs hallway once a day to prevent too much atrophy. With my arms prepared to hold him, we’d head toward my bedroom at the end. Sometimes, as he’d make it the whole length, he’d do a little dance to make my sister and my mom laugh, but his pain and exhaustion quickly brought him back to bed.

After walking down that hallway, I stepped into my childhood room and closed the door softly. My chest shuddered and I suddenly felt cold. I got under the covers, feeling my emotions competing. A part of me worried that I would never have someone who cares that way again; a part of me felt thankful that I had someone who cared that way for all those years. Not all sons are so lucky. As I gazed at the dark ceiling, steadying my breathing, I told myself it’s not over, that there’s still some fight within him. Searching my mind for evidence, I remembered the day my family went hiking in Charlevoix, Que., a few summers ago.

Green leaves rustled around us as the four of us trekked through rough terrain. My dad was getting tired; stamina was never his strong suit. He found a bench at the halfway point, shaded by pine trees, and took a seat. A little too comfy, he insisted we go on without him. But once my mom, my sister and I made it to the view, overlooking a summit ignited by late-afternoon sunlight, we heard the crunching of footsteps and turned to find my dad tiredly proceeding our way. He never failed to surprise us, mustering strength we never knew he had. I could only hope that strength will return.

A floorboard groaned at the end of the hall, and a bar of light glowed through the bottom of my door. He’d been getting up to pee at least once an hour lately, and my sister and I had been alternating each night to check on him. Tonight was her shift, but maybe I’d go anyway. Checking on him when I wasn’t on duty would be a small demonstration of the care he always served.

I rolled out of bed, opened my door, and stopped midstep. There he was, standing before my bedroom in his underwear, about to walk in after making the trip down the hall.

“I just wanted to make sure you were home safe,” my dad said, as if nothing had changed in the last month, reminding me that it will take more than cancer to hold him back. That he will always be my father and I will always be his son.

I hugged him tightly, and that coldness I felt was replaced with a familiar warmth. For the first time in weeks, my eyes began to well. 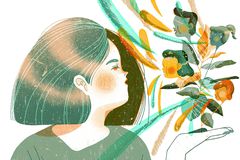 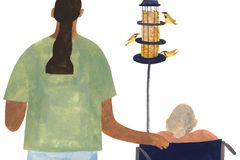 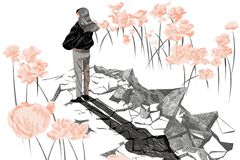