Varley, our dog, had ended up in a shelter, reasons unknown. A nice young woman had taken her on but she had a roommate who couldn’t tolerate Varley’s incessant barking. We heard about Varley through the dog-park grapevine and brought her home.

I should have taken more notice of the complaint about the barking but Varley was a pretty dog: built low to the ground, black and white, with long ears, big brown eyes and a wavy coat. She was a cross between a spaniel and a dachshund, and soon I came to realize she had inherited the worse traits of both breeds. The barking wasn’t necessarily the problem. The dachshund dog is bred to go into dark tunnels in search of rabbits. Once there, she has to signal to her handler where she is. The bark is shrill and penetrating out of necessity. It’s got to get up through the ground and be heard. And incessant. Really, to be accurate, I should call it yapping.

Of course, once we met Varley, within a matter of days, we had fallen in love with her. She was ours for good. Unfortunately, also, within a matter of days, our neighbours, who worked from home, told us in no uncertain terms that her barking was bothering them. As I say, not really incessant, but definitely frequent and penetrating. That she was not ever in a rabbit hole hadn’t seemed to dawn on her. She didn’t get it that she didn’t need to alert us all the time. After a while, as she got more secure, she calmed down but there were still chilly exchanges with our neighbours.

We continued on. My husband and I actually started talking about whether or not we should consider moving. Matters grew even more tense with the neighbours, but then one day they announced they were moving to another city. I was sorry in one way and relieved in another. I just hoped we hadn’t driven them away. Our new neighbours moved in. They had a young child and a baby. Crying babies and barking dogs didn’t faze them. We had a dog who barked, they had children who were wont to cry and shout. Fair exchange. We all settled in to enjoy a developing friendship.

Cosmo was not our cat, but she ran our lives anyway

Then a couple of summers ago, they went on holiday. As by now we had gotten into the way of doing exchanges, we offered to keep an eye on their house, bring in the mail, that sort of thing. They did the same for us. They hadn’t been gone long when a bad smell began to emanate from underneath their front deck. This had happened a while ago when a raccoon had laid down to die by the basement window, so we guessed what the problem was. This was August. It was hot. Very hot. Soon, neighbours three and four doors down came to see what the problem was. The rank smell was getting worse by the hour.

Our neighbour on the other side is a firefighter and he’s the go-to guy on the block. Nothing fazes Tim and he’s been asked to deal with a lot of things from wasps’ nests in the front yard, and a strange-looking snake under the barbecue lid, to an exploding light fixture. Typical events in urban life.

We met for a consult.

Antony and Litsa had left a phone number in case we needed to reach them. Tim and I agreed this was a case of need. Dire need. The corpse had to be removed and soon. The stench was becoming unbearable. The problem was that we couldn’t see where the poor creature had actually died. The deck was quite long and to locate the corpse would probably involve taking up all the slats to get to the crawl space underneath. An expensive proposition. We called Antony and Litsa and they said to do what we needed to be done.

I had a brainwave. Varley. Early on, it had become apparent that Varley had two major interests in life. First was eating, second was finding something revolting to roll in. This she managed to do with astonishing frequency.

I brought her out to the deck. “Here’s your chance, girl.” I shoved her through the railings, a bit of a squeeze as slim she was not. Once on the other side, she stood stock-still for a moment. Her pointed little nose shot into the air and her nostrils quivered. She drew the scent deep into the back of her throat, her lips quivering as she assessed it. Then she turned abruptly and shot off to one end of the deck. Wowie. She had gone to the end where the steps were. Tim said he would only need to take up a couple of slats to get to the dead raccoon. Not a problem at all. He started right away. I called to Varley but she took her time getting back to me. When she did return finally, she was coated in necrotic fluid and dripping with maggots. A happy little dog indeed.

Tim quickly removed the carcass. When Antony and Litsa returned they brought us wine and delicious jam from Quebec. And a treat for Varley. She had saved the day. In the scheme of things, what did the occasional yap matter?

Even months later, as she lay on the couch (not supposed to be allowed) I swear I could see her remembering that glorious moment. Her eyes gleamed, her nose twitched.

Varley is gone now, but there was a time when I considered hiring her out as a detection dog. Dead mouse in the wainscot? Varley was the one you’d want.

A trip to the vet means putting your money where your heart is
August 8, 2021 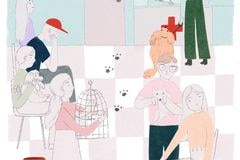 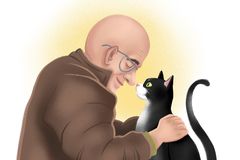 How I went from hockey hater to Canadiens convert
October 12, 2021 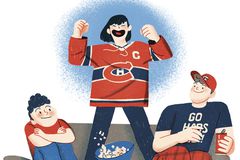