A few minutes ago, you were on the couch playing video games with your best friend, and it was the first time in weeks you actually felt happy.

After he left, however, you’re alone again and those ideas start to return. You wonder if anyone would care if you were gone, if you would feel relieved, if it might be the best thing going forward for your friends and family if you just did it: die by suicide.

You’re anxious about starting high school. You’re worried about fitting in and finding new friends. You wonder if they’ll talk about how awkward you are in social settings. You worry that everyone will watch you in the hallways. You start to worry about being worried.

With all those thoughts running through your head, you press the kitchen knife to your chest and wonder if the new few minutes will be painless.

It’s a rabbit hole that you are falling into, Josh.

You’ll begin high school in a few weeks, and you’ll avoid parties. Mom and Dad will think you’re not getting out of the house enough, and tell you “staying at home alone on a Friday night isn’t the norm for someone your age.”

They’ll suggest you see a counsellor to help with your social anxiety and depression. Agreeing to go will save your life, but I know you won’t sign up for counselling, yet. You’ll be afraid of the stigma, you’ll be afraid that if someone finds out that they’ll think you’re crazy.

One night, Mom will knock on your door in tears and say, “I want Happy Josh back.” Those five words will eat away at you. Seeing Mom in tears will make you reconsider counselling.

At the same time, you’ll use running as an escape. You’ll join the local running club, and realize you’re not half bad. When you’re running you learn to forget about your worries and switch your focus. You start to love pushing your body to the limits.

Eventually, after months and months of lonely nights, you want someone to help lift the boulders of anxiety and depression off your shoulders. You start counselling in the spring of Grade 11.

It will change your life.

Your counsellor will describe her own battles with social anxiety, and you’ll feel that barrier between patient and doctor disappear.

At the end of Grade 12, you’ll visit the University of Victoria. Two days later, the head coach will offer you a spot on the running team, not on a scholarship, but an opportunity to compete and train. You’ll call Dad in tears of joy, and you’ll respond within an hour.

There will be six other runners in your recruiting class that year, and you won’t make the Varsity team, but don’t let it bring you down.

In the summer before your sophomore season, you train like you’ve never trained before. You finish third on the running team at Nationals, you become a Canada West All-Star, you qualify to represent team British Columbia.

You think life can’t get much better than that. You’ll want to freeze that moment of holding that All-Star certificate, and cherish it forever.

You travel to Ontario for the Canadian Cross Country Nationals with Team BC, and finish seventh in the Junior Men’s race. People start to look at you as a potential elite junior runner in the country.

Now, you start to think, life doesn’t get any sweeter than this.

Josh. On that plane ride back home, those thoughts will return.

Amid your success during the season, you’ll see the end of your first intimate relationship, one of your high-school friends will die by suicide and your aunt will be diagnosed with cancer.

Instead of relishing in your breakout season, you’ll start to fall back into a depression. You’ll return to counselling, and think you’re a failure. Once indoor track season rolls around, your performances start to suffer. Running starts to become mundane – another source of sorrow and sadness, instead of an escape.

There will be one race in Seattle where you think you’ve rekindled that fire. You’ll be on pace to crush your personal best in the 3,000 metres by 10 seconds, when someone steps on your heel causing you to fall face first in the track. You’ll lie there in complete shock for a few moments, and then get up.

Just like you always will, you get up from adversity. You finish the race, but you’re furious. You want to quit running. You throw a chair on the infield of the track, your teammates start to avoid you and those fears of people judging you in the hallways of high school start to resurface.

You take a few days off running and start to miss it. You miss the air whizzing by your ears, the crunching sound of mulch beneath your feet, and the escape from life it offers.

You start to train for the summer season. This time you rekindle that fire. You qualify for Team BC again, remember those dreams of making just one team? Well, today, you have three Team BC singlets hanging up on your walls.

I would love to tell you it’s "happily forever after” from there, but just when you think life is brightening up again, you receive more devastating news.

Your parents split up. Dad will move out. Mom will take the house. You start to blame yourself. There will be a lot of sleepless and tearful nights.

But you get back up, just like you did in Seattle. You’ll start talking to your parents again – slowly – you listen to them, you understand. You will learn to never take anything for granted, because at any time, something or someone could be taken from you.

So, Josh. Put down that knife.

I know you’re scared now. But you’ll get back up. 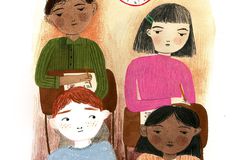 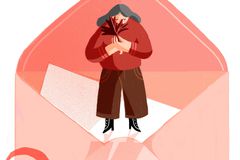 How we helped my father hold onto his dignity as he was dying
November 27, 2018 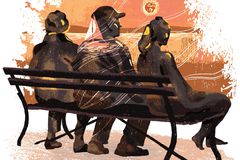