Why it is still acceptable to openly judge and even verbally abuse people because they are fat? Why is this the last acceptable prejudice?

I was subjected to it again recently. One would think I’d be used to it by now, but I’m not. My response to highly personal verbal abuse has changed, but I’m still shocked that people have no crise de conscience about being so intentionally nasty.

This time is it was a guy who was apparently angry because I didn’t let his car cut in front of me. In fact, I didn’t really think he would try. Traffic was moving. It was a dark, rainy November afternoon and it would have been a dangerous move. Nevertheless, he was so angry he started yelling, “You fat cow! Thanks a lot you fat cow!” Clearly, my not letting him into traffic had nothing to do with my size but that didn’t matter. To vent his spleen, he picked an obvious “failing” and made it the reason.

Other instances, just to share a few, include a guy who yelled, “Lose weight, fatso,” as he drove by me as I walked down the street. Then there was the friend of a friend who sneered as he asked if I had any self-control. Or the slow glance up and down my body, and look of disgust from a woman who interviewed me for a job. It was a short interview. I was told I didn’t get the job because “I wasn’t a fit.” I’m not sure if that double-entendre was intentional.

Once my young niece asked me in a disappointed tone, “Why are you so chubby Aunty Linda?” At the age of 5 or 6, she already knew that this was not an acceptable way to look, and she was genuinely bothered that I was fat. Her parents were horrified, but I thought it was an innocent and honest question that deserved an honest answer in language that would make sense to a child. She had learned from somewhere that being fat is bad and I thought she should hear my perspective.

Perhaps many of you are standing in judgment, arching an eyebrow and curling a lip, thinking that if I don’t like it, I should do something about it, like stop stuffing my face and get off my butt to exercise. My inner voice sarcastically responds with, “Really, that’s all I have to do?! Why didn’t someone say something before! It’s so simple! All I have to do is stop stuffing my pie hole and go to the gym and I, too, can be socially acceptable!”

Facetiousness aside, I’ll not go into the myriad of social, economic, emotional, physiological and psychological facets to becoming and remaining obese. It’s a complex area that cannot be reduced to the simple formula of “eat less and move more.” (Although, of course, that’s a good place to start.) And trust me, I already know about the higher risk of many illnesses that I may face because of my weight. With respect to the argument that the obese are a drain on the health care system, I’d say we are in good company with those who smoked all their lives, those who regularly enjoy a beverage too many and those whose uncontrolled stress has destroyed their insides.

So why is it still okay to make fun of fat people? Through conscience or social pressure, it is no longer acceptable to judge or hurl insults at just about any other group. But that’s not the case with fat people.

My working theory is that most believe that being fat is my fault. That I should strive to be more “normal” and “like other people.” That I have brought the abuse on myself because I don’t try harder.

Well, I’m sorry to burst some people’s self-image bubble but no one is superior because they fit into regular-sized clothing. Judging and putting down those who are different can be a convenient way of making one feel better. You could call it the relativity of failings, “I may have a few too many glasses of wine, but at least I have the self-control to not stuff my face.”

Verbal abuse is, at best, rude. Choosing someone’s size as a failing – and the subject of a crude witticism – lacks creativity.

To be clear, I’m not looking for acceptance or understanding. I’m asking for the bullying and abuse to stop. Whatever the reasons for judging, excluding and verbally abusing fat people, it says more about the bully than it does about me. That some feel the need to be cruel to a stranger or to vent their anger at someone else’s expense, puts the bully’s raging insecurity on full display for anyone in earshot.

As for the guy who called me a fat cow when I wouldn’t let his car merge; he backed down after I braked, rolled down my window and gave him an equally charged, “Pardon me?” He then kept a full five cars’ length between us all the way along the main road.

He was a coward. That’s the case with all bullies. 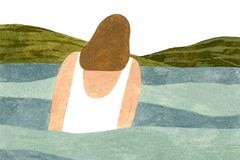 Our 10 year old lives with depression but he’s made me a better mom because of it
January 18, 2021 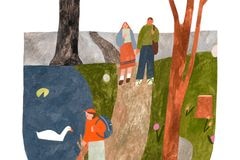