I was standing in the pharmacy section of the grocery store when I called my parents. I was 20 and had just moved out. For the first time, I was shopping alone for meals to eat alone.

The aisles felt unfamiliar and foreboding, as they had when I was a kid. Like those times one of my parents would round a corner without me noticing and suddenly my little mind forgot how to form logical thought. Lost. Hopelessly lost, until my mom or dad circled back, or I bravely trekked toward the dairy section to find them.

I wasn’t a kid any more, but as I dialled home, I didn’t think of a cover story for why I was calling. The truth – “I’m getting groceries by myself and I don’t know where anything is and I don’t want to ask anyone and I’m overwhelmed” – would sound ridiculous if I said it out loud.

“I, uh,” I hesitated. “I’m at the store and I was wondering what you put in your seafood chowder.”

I’d missed out on Dad’s signature dish for most of my childhood, because I’d once watched a movie where a cockroach was planted in someone’s chowder. That image was enough to put me off the stuff for years. At some point, my love of lobster and shrimp won out and I started eating it. It was true, I wanted to learn how to make it. But it would have made more sense for me to call him before my grocery trip so I could make a list.

Still, Dad seemed to buy into my need for advice. He listed off the essentials, although I had nowhere to write them down. Bacon and canned milk were as crucial as the fish.

“What? You use bacon?” I said. I had never noticed before. He must have chopped it so finely, incorporated it so flawlessly.

That was more than five years ago. While I implemented some of his tips, I never did try to duplicate his chowder until recently. It was this April, almost three years since Dad had died. My father, who’d always been the cook in the family, was diagnosed with amyotrophic lateral sclerosis (ALS) in November, 2013, just a couple of months after I made that call from the grocery store. He rapidly lost the use of his hands and soon became unable to drive, cook or hold. When Dad died any interest I’d had in cooking disappeared. First, because holding myself together took up most of my energy. Most days, I had none left to make dinner and my boyfriend (now fiancé) took on most of the kitchen duties. Then, even as I worked my way back to my “normal” self – my new normal, anyway – cooking reminded me too much of Dad. It especially reminded me of all the things his illness took away from him, before it took his life. He even lost the ability to enjoy food.

In April, however, I asked my mother for Dad’s seafood chowder recipe in full. She sent me a picture of the photocopied page from an old community cookbook. It wasn’t technically his recipe, but it was to me. Dad had scribbled notes such as “more potatoe” on the page. He’d also crossed out the call for thyme and wrote “Mount Scio savoury.” My fiancé couldn’t find Mount Scio at the grocery store, so Mom gave us a small bag. When I cut it open, the smell of Thanksgiving, Christmas and Sunday dinners hit me in the face. At home and at my uncle’s, sage was unheard of – like most Newfoundlanders, my family used savoury in the turkey dressing (and it had to be Mount Scio). As I stood in my own kitchen that Saturday morning, I wished I could have called Dad to ask how small I should cut the bacon, and did he ever put corn in the chowder? There was no corn written on this recipe, but I recall him using corn before. Is that a false memory? Is corn in seafood chowder really as sacrilegious as so many people seem to believe?

I didn’t use any corn, just to be safe. I asked my fiancé to cut the onions, as I’ll do anything to avoid the stink hitting me in the face and watering my eyes. When he offered to cut the potatoes, though, I told him I wanted to do the rest on my own. Frying the onions in bacon fat, seasoning, tossing everything but the fish and the milk in at once. We were without a large enough pot, so I used the slow cooker. After a few hours, I stirred in the fish, shrimp and scallops. I wished we had lobster. A half-hour later, it was time for the milk.

When I finally took a sip of the creamy broth, it tasted unreal. It brought me back to the last time I remember having Dad’s chowder. I’d just come home from being out with friends, or maybe a boyfriend, and my parents had guests over in the dining room. They were about to have dinner. As I went to join them, Dad offered me some chowder. I brushed it off. I already ate, I said. When he brought the big pot out to the table, he offered again.

I ended up having three bowls.

What felt like so many years later, I was tearing up over the damn thing. It was a piece of Dad brought back to life. If only for a moment, it also brought my enjoyment of cooking back to life.

I’ll keep doing things like this – cooking chowder, listening to the music of Boston, whatever – in hopes of maintaining a relationship with Dad, even though he’s dead. I don’t expect anyone else to understand, but I imagine there are people who do. 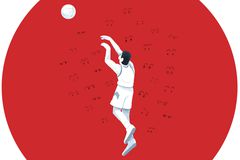 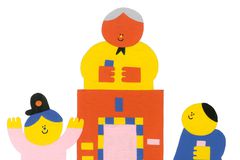