With Dining In, her first cookbook, Bon Appétit and New York Times food columnist Alison Roman introduced us to the term “highly cookable recipes.” In the two years since, this pitch has proven true both in-kitchen and online, with many among her 300,000 Instagram followers sharing enough versions of her dishes online to make a recipe go viral more than once, garnering their own hashtags. However you might feel about the nature of virality or Instagram celebrity, Roman’s rising star in North American food culture is about more than #thecookies or #thestew. Her recipes are simple to follow and extremely reliable and showcase the aspirational aspect of restaurant flavours through cooking techniques approachable to those new to the kitchen as well as seasoned cooks. It’s this ethos that largely informs Nothing Fancy, her second cookbook, that came out earlier this fall. In advance of a book tour stop at the Ted Rogers Hot Docs Cinema in Toronto last week, she spoke to The Globe and Mail about what’s right and wrong in the kitchen, food-delivery apps and the books that first taught her how to cook.

Nothing Fancy emphasizes that you don’t like the word “entertaining” and what’s associated with it: menus, place cards, party themes. What do you celebrate instead about cooking for others?

There’s no grand statement other than that we should be more comfortable with and excited about what we have rather than what we think we should have. We’re often obsessed with striving for more and wanting more. Buying things to make us have the perfect living room and finding the cast-iron skillet that’s going to make us the perfect cook. Is a cast-iron skillet going to do that? Not really. You don’t know if those things are going to improve your life. You should do the things that make you happy. And for me, filling my house with people that I love has always made me happy.

There’s a moment in the book where you describe the painstaking process your grandmother went through to carve perfect vegetables for crudités. What aspects of having people over should get that kind of treatment?

I don’t like the idea that what I say should be what everyone should do. This is what works for me. Some people really want to spend five hours with one project, like making pasta from scratch, and you should follow that drive. To me, that’s a little fussy and not something I’m going to do. But there’s not a right or wrong way.

One problem I have with teachers that write recipes or write about food is when you say, that’s wrong and this is right. I definitely have a lot of opinions, but I’m only ever here to tell you what’s wrong or right in my opinion. I just posted a picture of mashed potatoes the way I like them – very chunky and coarse, almost unmashed – and someone was like, “Oh, you don’t have a sweet mashed potatoes recipe for Thanksgiving? You should write one.” I’m here to tell you all of my opinions about food, because I have a lot of them. But that doesn’t mean it’s the only way.

Is talking about the way you cook ever personally revealing? Can it be?

If you read my recipes or my books, you should have a clear idea of who I am. Like: I’m a professional, but I’m not organized. I reveal these things because I want people to feel that cooking isn’t a high- versus low-brow thing. It’s a human thing. If you’re not already an organized person, you’re not going to magically transform into one once you step into the kitchen. It’s all right to embrace that.

I haven’t read a cookbook in bed for a very long time, but it was very much part of how I started reading them. What was your relationship with cookbooks like before you started writing them?

I think they really taught me how to cook. I don’t really interact with them as much any more, as a person who does this for a living. But I didn’t go to culinary school. And so before I started working in restaurants the thing that piqued my interest was reading cookbooks, people’s perspectives on food and finding out who I aligned with from a personality perspective and from an artistic perspective.

The French Laundry Cookbook, by Thomas Keller. I didn’t cook anything out of it, but I read it often and learned a lot from it. And Alice Waters. I got a lot of Chez Panisse books. That’s two ends of the spectrum, for sure. Michel Bras. His food is very fancy and extremely fussy, but his attitude about food I always really connected with and felt really inspired by. That’s the nice thing about cookbooks: You don’t necessarily have to want to recreate their recipes to feel inspired by their spirit and what they stand for.

We’ve had ad campaigns take over Toronto for delivery apps. Their premise: You’re overworked, you deserve to order in and you’ll be a better at your job for all the time you’ll save. Is this a fair assessment of how we feed ourselves today?

The idea that doing anything other than working and making money is somehow inconvenient is a real sickness. This idea of humans not checking us out at the grocery store any more, because who wants to talk to a person? I mean, I do. I hate interacting with machines. And I think that the idea that we should all be packing more into our day and thinking, “What can we eliminate? Well, cooking: That’s annoying. Talking to a person: That’s annoying.” Streamlining our lives so that we’re these senseless robots that don’t interact with people or cook food is what everybody’s banking on. But I think that if you look at food as a way to decompress, to make something with your hands and not be on your phone and just use the act of cooking itself as a means to an end, you’re going to shift your focus. 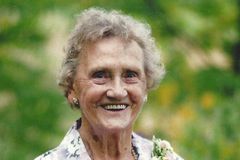 Ten drool-worthy books to get you cooking this fall
Subscriber content
September 26, 2019 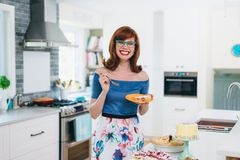