The summer months have traditionally been a time to pack up and hit the road, to pile into planes, trains and automobiles and trek across the country (or around the world) in search of respite from the monotony of work and school schedules.

Of course, we don’t all have the option to retreat to a cabin for the bulk of July and August, or to backpack across Europe, or scout out the best tapas and padarias (bakeries) in Portugal. Your own kitchen is a more realistic escape – even if it’s lacking sand and waves, it can act as a portal to the places you aspire to visit.

With the right recipes and ingredients, you can make a cocktail or dish that creates a sense of place through the cuisine of a city or region. Instead of wandering too far on a back road in search of your Airbnb, you can lose yourself in a new drink and dish, and be back in time for dinner.

Is there a summer scenario as idyllic as picnicking in France? A mutual love of food brought Shaheen Peerbhai and Jennie Levitt together in the tiny village of Jouy-en-Josas. Tucked away in the hillsides south of Paris, they started a Friday lunch club where up to 80 locals and visitors would gather in their apartment each week for made-from-scratch sandwiches, desserts and drinks. Their book, Paris Picnic Club, sums up their simple, fresh, spontaneous cooking style with regional dishes such as asparagus with bechamel and Valençay (a creamy, ash-coated unpasteurized goat cheese), and fruity nectars, syrups and cordials as intriguing alternatives to wine. They offer menu suggestions, a toolbox of basic recipes, and in place of photos, Jennie’s watercolour illustrations perfectly set the tone, making the book feel like an instant classic.

If you can’t make it to Chesterman Beach in Tofino, B.C., the tiny and spectacular town on the west coast of Vancouver Island that bursts at the seams every summer with visitors going to surf and eat, The Wickaninnish Cookbook compiled recipes from chefs who have been at the helm in the kitchen at the Wick since 1996. The inn was instrumental in establishing the area as one of the best food locales in the world. Wherever you are, you can make your own batch of the famous Wick granola, try Duncan Ly’s Thai-scented chowder or Rod Butters’ shellfish potlatche – a West Coast take on bouillabaisse – and baker Matt Wilson’s artisan loaves, which they sell downstairs in the Driftwood Café. The book is a stunner, filled with photos that draw you into the Pacific Rim and has a textured cover to mimic the hand-adzed cedar posts and beams, carved by master carver Henry Nolla, that are used throughout the Inn.

Although Sweden, Finland, Iceland and Norway may not top your list of summer vacation options, Nordic cuisine has gained popularity in recent years. In Bakeland, Norwegian baker Marit Hovland is aesthetically inspired by nature and the seasons: Cookies are decorated to resemble the bark of a birch tree or hand-brushed to create blue skies patterned with clouds; fruit, nuts and chocolate are ingeniously transformed into smooth, speckled edible pebbles; and templates make it easy to create fondant butterflies and curled maple leaves. With step-by-step instructions and plenty of photos, Hovland walks you through chocolate-pistachio bark textured to look like actual tree bark, gingersnap pine cones, white chocolate seashells, candied forget-me-nots and cloudberry macarons. It’s a whimsical book of sweet escapes, butter-and-sugar retreats to take yourself to or tackle when you want to spend some time on a creative culinary project with someone else.

Feast: Food of the Islamic World

If you’re looking to venture deep into the stories and culinary traditions of the Middle East, chef and food writer Anissa Helou guides us from Egypt to Syria and Indonesia to Pakistan in the 529 pages of Feast: Food of the Islamic World. She delves into the history of Arab, Persian, South Asian and North African cuisine with traditional and more contemporary recipes, an ingredient glossary and tales of the chefs and home cooks she met and techniques she learned during her years of living and traveling throughout the region. Photos illustrate the people, places and markets, the dishes themselves captured in the classic style of renaissance paintings.

Portugal is a dream destination for those who love food, and the Bolhao Market has been the culinary hub of northern Portugal since 1914. Porto: Stories from Portugal’s Historic Bolhao Market, tells the stories of the farmers, fishermen and local producers who gather to sell their wares six days a week. More culinary guide than cookbook, it contains a handful of recipes and focuses on the edible history of the region, separated into chapters focusing on Portuguese staples: seafood, cured meats, produce and everything you’ll want to want to eat on your visit.

Jackie Kai Ellis takes The Measure of My Powers in hybrid memoir-cookbook
May 22, 2018 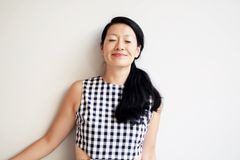 Why grandmothers are the best cooking teachers around
May 8, 2018 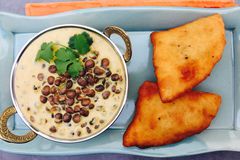 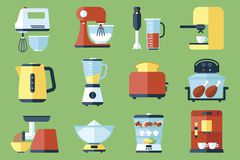