In February, Canadians learned something new about our food system: that palm-derived fats are not only common ingredients in the food we eat – everything from margarine to ice cream – but also in the feed many of this country’s one million dairy cows eat. And their diet might actually be changing the composition and nutritional profile of our butter supply.

The controversy – dubbed “Buttergate” on social media – started when an increasing number of home bakers (myself included) began to notice that butter didn’t seem to beat or spread as easily as it once did. The theory was that its increased firmness signalled a change in the fatty acid profile of butter’s key ingredient, milk fat.

The purported reason? Supplements added to cows’ feed that are derived from palm fats, containing increasing levels of palmitic acid, the dominant saturated fat in milk fat. With more people paying attention to the texture of butter in their kitchens, the question has evolved from whether or not butter has changed to why it matters.

Is your butter not as soft as it used to be? The pandemic and our urge to bake is partly to blame – along with palm oil

“We cannot identify anything specific that has changed in milk production or processing that could have an impact on the characteristics of butter,” Dairy Farmers of Canada (DFC) said in response to rising scrutiny of the use of palmitic acid supplements. However, Les Producteurs de lait du Québec asked the province’s 10,600 dairy farm operators to stop using feed containing palm oil or its derivatives, and DFC asked farmers to consider alternate feeding strategies while a working group of experts examines existing research.

In reaction to the #buttergate frenzy, and claims there was no scientific basis for connecting palmitic acid levels to butter firmness, lipid chemist Alejandro G. Marangoni, a professor in the Department of Food Science at the University of Guelph, along with research associate Saeed Ghazani, analyzed 51 butters from across Canada to assess the correlation.

“Palm oil and palmitic acid supplementation of cows’ feed has been carried out for decades, and the effects are very well known,” Marangoni said. A 2006 study published in the Journal of Dairy Science, for instance, demonstrated that the ratio of palmitic acid to butter’s main unsaturated fat, oleic acid – referred to as the spreadability index – “considerably affects the melting temperature of milk fat and the sensory perception of features important for consumers, such as hardness of butter.”

In 2016, researchers from the University of California at Davis investigated the effect of high palmitic acid supplements on the composition of milk, and specifically on the physical properties of butter. Butter produced from the milk fat of cows fed a high palmitic diet was considerably harder, and both peak melt temperature and onset of melt temperature were increased. A 2020 paper published in the International Dairy Journal says fatty acids are responsible for the main physical properties of butter, including melting and solidification temperature and butter hardness.

Marangoni and Ghazani’s findings showed a higher quantity of palmitic acid in the samples than those reported in decades of scientific publications and in the Canadian Nutrient File (CNF), a national database that lists the nutritional composition of thousands of foods. (It should be noted the CNF’s nutrient profile for butter comes from a U.S. database, even though our supply management system means virtually all dairy products consumed in Canada are produced here, too.)

According to the CNF, palmitic acid accounts for 26 per cent of the total fat in Canadian butter, but Marangoni and Ghazani determined the true levels range from about 28 to 40 per cent, and averages 34 per cent of butter fat. The one sample that showed a lower palmitic acid content – 28.3 per cent – came from a smaller grass-fed farm that doesn’t use palm-based supplements.

Marangoni speculated that faster processing times could result in a harder, more brittle product, though butter producers have been adamant their processes haven’t changed. The Dairy Processors Association of Canada said in a statement on Feb. 18, “[We] can confirm that the way in which butter is produced in Canada has not changed. Ingredients are the same as they have always been.” But the composition of those ingredients makes a difference to texture, and the Guelph researchers concluded there was a significant correlation between hardness and palmitic acid content. “I can now tell if the palmitic acid content is 28-30 vs. 35–38 by poking my finger in the butter,” Marangoni wrote in an e-mail to The Globe and Mail.

Implications of this research go far beyond having to pop your butter dish in the microwave before attempting to spread it on toast. Not only are there environmental and human rights concerns around the use of palm products, but potential health consequences to increased levels of palmitic acid in our diets.

A study published in a 2016 issue of the British Medical Journal examined the effects of individual and combined saturated fatty acid intake with heart disease risk in more than 73,000 women and 42,000 men. The study associated palmitic acid and stearic acid, the common saturated fats in meat and dairy products, with the highest risk of heart disease, and concluded that replacing palmitic acid with other nutrients was associated with the lowest risk.

For many Canadian consumers, an even bigger consideration is the environmental and societal impacts of palm agriculture. Palm plantations are commonly associated with deforestation, loss of wildlife habitat and human rights violations, including child labour, labour trafficking and unsafe work environments in Indonesia and Malaysia, where about 85 per cent of the global supply is grown.

But palm is an extremely efficient crop, with the highest yield per hectare of land compared to crops like canola and soy. Indeed, palm supplies 35 per cent of the world’s vegetable oil on just 10 per cent of the land, according to the World Wide Fund for Nature. As such, palm-based products have become an integral part of global food production, gradually replacing hydrogenated oil and artificially produced trans fats as more and more countries banned them (as Health Canada did in 2018). Food processors love them because, unlike most plant-based fats, they’re highly saturated and therefore naturally semi-solid at room temperature, without the need for hydrogenation. Globally, palm is now the No. 1 plant-based oil both in production and consumption (followed by soybean oil).

With consumer sentiment firmly against the use of palm products, many large corporations are starting to make efforts to source them more ethically and sustainably through initiatives like the Round Table on Sustainable Palm Oil (RSPO), the largest certification standard to address minimizing harm to society and the environment.

The Animal Nutrition Association of Canada insists any product fed to livestock has been subject to “a rigorous review and approval process” by the Canadian Food Inspection Agency and deemed safe for both animals and humans. This includes palm fats and supplements. The CFIA also notes that palm oil derivatives are approved for use in other countries, including the United States, Britain, New Zealand and Australia, often falling within the general definition of vegetable oil.

All this is a lot to digest when pondering options in the dairy aisle. Right now, seeing “organic” on the label is a likely indication that palm products haven’t gone into your butter, since there are no sources of organic palmitic acid supplements available in Canada. Grass-fed is a bit more vague – the CFIA has no national protocol for “grass fed” claims on dairy labels, so it’s best to ask your favourite brand what it means on their farms and whether supplements are used. DFC launched a pilot grass-fed program in fall 2019, but “with the advent of COVID-19, there was no uptake in provinces,” according to a spokesperson. The Dairy Farmers of Ontario has its own voluntary grass-fed program, under which farmers must feed their cows at least 75 per cent grass or forage; the remaining 25 per cent can come from grains and supplements, which cannot include any kind of oil or fat.

If you’re pondering switching to plant-based butters and spreads in order to avoid palm products, be sure to check the label – the newest plant-based brand to enter the Canadian market, Flora, contains 68 per cent modified palm and palm kernel oil – though Upfield, its parent company, is a member of the RSPO and says its “sourcing policies are grounded in transparency, ethical business behaviour, commitment to respect rights, promote economic viability and the practice of sustainable sourcing.”

Continued demand for palm fats in food production means their byproducts will continue to be a cheap and ready source of livestock feed and supplements worldwide. If dairy farmers and experts seek to better understand and better communicate the impact of supplements on the nutritional profile and texture of Canadian butter – and milk, cream and cheese – a clearer understanding of their implications will make it easier for consumers to navigate the dairy aisle. 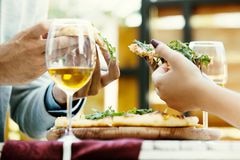 Dave Sheppard, a founding Canadian winemaker in Niagara, prepares to step back from his role at Flat Rock
Subscriber content
April 14, 2021 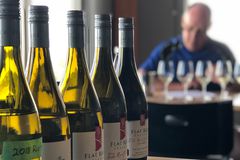 Argentinian winemakers celebrate a decade of global success, much of it owed to Canadian wine drinkers
Subscriber content
April 7, 2021 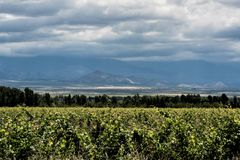