There are a handful of common considerations that shape peoples’ food choices: nutrition, cost, accessibility, versatility. Now, ethical and environmental issues are becoming greater concerns as we learn more about the impact of how and what we eat.

A momentous shift toward a more plant-heavy diet, even among those who don’t consider themselves vegetarians or vegans, is generating huge demand for plant-based proteins, now recommended by Canada’s Food Guide as well as the World Health Organization. Food companies are investing billions into new facilities, research and product development of faux meat products, taking a bite out of a global meat industry worth US$1.8-trillion. The market for meat alternatives is projected to reach more than US$140-billion by 2029, from US$10.10-billion in 2018.

As we scramble to seek out and develop new sources of plant protein, pulses, the world’s most significant source, which have supplied inexpensive and reliable protein around the world for about 12,000 years, are growing and ready to eat right here. Cheap, versatile, good for us and for the land, pulses are Canada’s fifth largest crop, after wheat, canola, corn and barley. We grow them predominantly in the Prairies and ship them to more than 170 countries around the world. Saskatchewan is the world’s largest exporter of lentils, which have the unique ability to fix atmospheric nitrogen in the soil, something that is beneficial to farmers during their crop rotations. Greenhouse gas emissions related to crop production are largely driven by nitrogen fertilizers, which farmers don’t have to use on pulse crops.

Pulses could be the hero we all need right now – an answer to a global culinary shift in priorities that focuses on health, affordability and sustainability. If we allow ourselves to be inspired by them and finally concede that practicality should win over showmanship, we’ll see that that perfect relationship we’ve been seeking has been right in front of us all this time.

The term “pulse” refers to the dried edible seeds of certain plants in the legume family. In Canada, the four main types are dry peas, lentils, beans and chickpeas. All pulses are very high in fibre and protein, low in fat, inexpensive and shelf-stable, whether they come canned or dried. Their relatively benign flavour makes them incredibly versatile – they get along well with virtually every ingredient, herb and spice, and are deeply rooted in cuisines around the world, from a saucy dal to a white bean cassoulet.

On the processing side, there’s huge potential for pulses as building blocks within this new wave of manufactured meat and dairy. Pea protein, for example, is the primary ingredient in the Beyond Meat Burger. But pulses aren’t quite as predominant in patties, crumbles and sausage as many of us think – yet.

“Use of pulses in meat alternatives is actually pretty low, even though there’s a lot of hype about it,” Julianne Curran, vice-president of market innovation at Pulse Canada, says. “Only about 1.3 per cent of Canadian pea protein is going to meat substitutes, while 40 per cent goes to milk alternatives, like non-dairy cheeses and yogurt.” The volume of pea protein in the marketplace in the form of flours and textured vegetable protein (TVP) is still low compared with soy and rice, but demand is increasing as consumers recognize the nutritive benefits of pulses. Though soy has a longer research history and became the default alternative protein early on, it’s also a common allergen.

The industry has seen huge growth in processing activity over the past decade or so: Just less than 1,500 new products with pulse ingredients were launched worldwide in 2008; that number rose to more than 8,000 in 2018 and continues to grow, Curran says. When she started in the industry 15 years ago, their major markets were predominantly in India, where they sold pulses as a commodity crop. “At that time, talking to food manufacturers in North America, they didn’t even know what pulses were,” she says. “They had no clue that you could get ingredients like flour and pea protein from them. There were those value-added ingredients in the marketplace, but there were maybe three processors in the world.”

Most innovations have been in the snack category, as manufacturers recognize the potential for pulses to boost protein and improve glycemic profiles – and consumer perception. “People generally know that beans and pulses are nutritious. They have a bit of a health halo,” Curran says. Functionally, they’re useful as gluten free binders that reduce shrinkage during cooking in meat products, and as replacements for corn starch, wheat, soy and corn flours and gums in coatings for fried foods such as fries and onion rings. And another new category is starting to emerge that appeals to the massive and growing flexitarian market, those who are primarily vegetarian, and occasionally eat meat or fish: a meat-plant blend in which pulses are combined with beef, pork or chicken, boosting the nutritional profile while lowering cost and environmental footprint.

With demand for plant proteins triggering a fast, steep trajectory in new product development, Canada’s pulse industry is scrambling to build more fractionation facilities to break down pulses – mostly yellow peas and lentils – into usable protein, fibre and starch for use in food products. Canadian crop scientists are working with food producers to identify which varietals provide the highest protein and cleanest flavour, and to find new uses for the fibre and starch by-products. Yellow peas, which are inexpensive and have the most TVP potential, are about 25-per-cent protein; the fibre and starch, which retains some of the protein, depending on the process, is often used in pet food, or shipped to China to make vermicelli noodles.

Though the industry is focused on the booming processed-food and food-service markets, it’s also hoping to increase domestic consumption of beans and other pulses. “We want people to cook with them more,” says Allison Ammeter, an Alberta farmer who grows pulses in a typical prairie rotation, with canola, barley and wheat, and chairs the Pulse Canada board of directors. “It’s easier to soak a bean than to peel a potato. But people still don’t know what to do with them and we’re exporting 90 per cent of what we grow.”

While demand for plant-based patties and sausages is being driven by plenty of hype – there’s a natural marketability that comes with new food products and PR boosts by the marketing arms of major restaurant chains such as A&W and Starbucks helps – as a whole food, pulses don’t have the same allure.

In the United States, Rancho Gordo, a Napa-based producer and seller of heirloom beans, has made them hip among foodies willing to pay US$6 or US$7 for a stylishly branded one-pound bag. In Canada, most grocery shelves are limited to red and white kidney beans, black beans, chickpeas, perhaps pintos and red and green lentils. Dried, they’re often sold in bulk – which should be a selling point, given our current distaste for excess packaging – or in generically labelled bags, both of which lack the sleek branding we’ve come to expect from most food products. Often, beans and lentils are packaged with different names, or don’t come with precise cooking instructions, adding to consumer confusion.

If we’re seeking to reduce food costs and boost nutritional and environmental benefits, pulses don’t need to be processed into burgers and extruded into salty snacks – we reap all those benefits, and more of them, by just learning how to cook with them, which isn’t complicated.

“Legumes are the highest, most valuable source of protein on the planet,” New York-based food journalist and cookbook author Mark Bittman recently said on CBC’s The Current, in conversation with host Matt Galloway about the influx of manufactured meat alternatives. “More people get protein from legumes than anything else. What we should be eating instead of meat is legumes, in as close to their natural form as we can.”

For Ammeter, it’s the only crop she says she can harvest and eat directly from her field. “The only thing going against them is that some of us didn’t grow up cooking them,” she says, “and we have to learn to make it an impulse when we come home to make dinner. But they couldn’t be simpler: You throw them into the pot and cook them. That’s sustainability.”

Pulses need to be soaked

Presoaking dry pulses – overnight, or even for a couple hours – will jump-start the hydration process, but it’s not necessary; starting them from dry takes about the same amount of time (or minimally more) and provides more flavourful stock.

It’s a deeply rooted myth that dry beans simmered with salt will refuse to soften, or turn gritty; in fact, adding salt to your cooking water seasons beans throughout and some informal studies found the salt actually speeds up cooking and helps soften their skins. (The acidity of your cooking environment can have an effect though – if they refuse to soften, add a pinch of baking soda to the pot.)

Many recipes instruct to soak pulses, then pour off and add more water before cooking them. It’s a common belief that this will reduce their flatulent effect, but there do not seem to be any studies to support this notion.

The more you eat…

The adage should be, “beans, beans the musical fruit, the more you eat, the less you toot” – incorporating more pulses into your diet will allow your system to get used to them, making them more digestible. 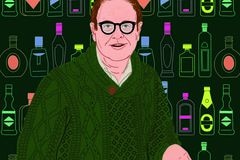 How to navigate the world of consignment for wine and spirits shopping
April 20, 2020 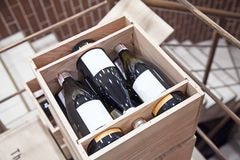