Celebrity wine brands are back in the spotlight after Austin Post’s (known as Post Malone) new rosé, Maison No. 9, sold out its initial online release as well as related merchandise last week. The American hitmaker’s South-of-France wine pre-sold for $21.99 in the United States via the e-commerce app Vivino.

Another Grammy award-winner, Alecia Moore, better known as Pink, recently updated Wine Spectator about life on her 250-acre estate in California’s Santa Barbara County, which includes 18 acres of organically farmed vineyards that provide grapes for her 2 Wolves winery. Making wine was one of her life’s goals, she explains, after recording music and having children.

Actors, musicians and other luminaries have long been attracted to adding to their star power by getting into the wine business. Some such as Pink and Francis Ford Coppola, whose efforts to revive the historic Inglenook Estate in Napa in the 1970s led to a considerable California wine empire, have looked to live the vine-to-wine experience. But most celebrities are less invested. They collaborate with experts, contributing their name, marketing clout and, possibly, sense of taste to the process.

Post teamed up with winemaker Alexis Cornu of Château de Berne for Maison No. 9, which enjoys distribution by E. & J. Gallo Winery. It’s a similar path to market that rocker Jon Bon Jovi and son, Jesse Bongiovi, used to create Hampton Water, their successful rosé brand made in conjunction with French winemaker Gérard Bertrand. New York-based actor Sarah Jessica Parker was recruited to be part of a new wine brand that has released a ripe and refreshing Marlborough sauvignon blanc into various Canadian markets. New Zealand winemakers Rob Cameron and Tim Lightbourne, the duo behind the innovative Invivo wine company, which was established through a crowdfunding initiative, approached the Sex and the City star with an offer to collaborate.

“My initial response was, ‘I have no business doing this,’” says Parker, who is responsible for successful footwear and fragrance lines and has been associated with a number of fashion brands over the years. “I knew nothing about the wine industry with the exception that I’m a consumer. … But I had lots of conversations with Tim and Rob, and over time, I was convinced that they would share their talents and skill and let me learn as much as I could absorb.”

Samples of the various components for the sauvignon blanc were brought to New York in May, 2019 for a tasting. “I’m really lucky that I got to work with people who were very patient and let those blending sessions go,” Parker says. “They make sure that I really understood the process, liked the final product and could get excited about it.”

Less than a year since its launch, the Invivo x SJP partnership has enjoyed enough success to have already inspired the release of a second label, a French rosé made in collaboration with Provence producer Chevron Villette, with Parker consulting again on the final blend. A chardonnay produced in the United States is the planned third addition. The blending session for the new vintage of Invivo x SJP sauvignon blanc was scheduled for June 30. Due to travel restrictions, Parker said the meeting will be conducted online, as she’s in New York and Cameron is at home in New Zealand.

“It will be strange to be so far away from each other,” she said.

Parker’s compelling new white wine is featured this week alongside some other laudable celebrity brands on offer, including a light yet flavourful lager made by the expanding interests of Wayne Gretzky’s winery based in Niagara-on-the-Lake.

Made in a ripe and fruity, crowd-pleasing style, this blend of cabernet sauvignon, petit verdot, malbec and cabernet franc takes its name from a British old-fashioned term used for red wines from the Bordeaux region of France. However, to be clear, there’s nothing dated or stuffy about this richly concentrated and full-bodied red that’s ready to drink. Available in Ontario at the above price, $29.99 in British Columbia, various prices in Alberta, $25.95 in Quebec, $32.99 in New Brunswick.

This is a ripe and expressive style of Marlborough sauvignon blanc, with pink grapefruit, passion fruit and floral notes. It’s a more polished presentation, as opposed to zesty or bracing in nature, with a pleasing bright, juicy fruit character and mouthwatering finish. This is ready to drink now and over the next two or three years. Available in Ontario at the above price, $29.99 in British Columbia, various prices in Alberta, $25 in Quebec.

While married, Angelina Jolie and Brad Pitt bought the 500-hectare Château Miraval in Côtes de Provence and teamed up with the Perrin family, owners of Château de Beaucastel in the Rhône, to produce this flagship rosé. Miraval made its debut in 2012 and helped propel the dry rosé trend to its current fever pitch. Always enjoyable, this delivers refreshing and alluring fruit and floral notes. Drink now to 2022. Available in Ontario at the above price, various prices in Alberta, $24.47 in Saskatchewan, $22.85 in Quebec. The 2018 vintage is $28.99 in British Columbia at the above price.

Here’s a classic expression of rosé from Provence in the south of France: it’s clean, crisp and refreshing in character. There’s appealing flavour and it finishes with some spice and floral notes that add to the appeal. It’s expensive – maybe that’s the Vanderpump effect at work? Drink now. Available in Ontario.

The Gretzky winery in Niagara-on-the-Lake, Ont., has added a brewery and distillery to the mix, with a smart selection of whiskies and some new beer releases lining up with the red, white and sweet wines on offer. This premium lager was Gretzky’s first beer and remains a favourite. It’s a light and smooth yet flavourful beer that offers more sweet and malty character than spicy rye notes. The easy drinking style makes it an ideal style for warm-weather sipping. Available in Ontario at the above price ($2.70 until July 19). $11.79/4x473 mL cans in British Columbia, $2.95/473 mL in Manitoba, $21.99/6 pack in Nova Scotia and Prince Edward Island, $22/6 pack in Newfoundland. 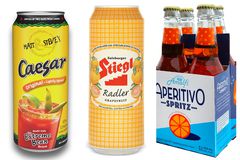 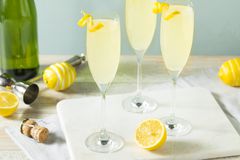 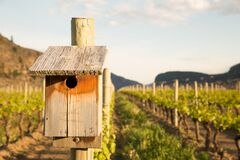