Political pundits often draw a distinction between “wine candidates” and “beer candidates.” It’s a shorthand way to convey how some leaders appeal more strongly to urbane city dwellers while others play mainly to the blue-collar heartland. Think of Hillary Clinton versus Donald Trump (notwithstanding the fact that Trump himself doesn’t touch alcohol). Ontario Premier Doug Ford is the beer boss par excellence – and literally, not just figuratively. He’s actually made beer a key policy pillar, following up on a promise to bring prices on some beer brands down to a nostalgic $1 a bottle while also opening the door to U.S.-style tailgate parties outside sporting venues.

While I love beer, I confess to being more of a wine voter most of the time. Hence my wish that Ford would do more to liberalize fine-wine sales. (Yes, the populist Premier is pushing to extend wine as well as beer to convenience stores, but most of what those stores are likely to sell, if the U.S. model is an indication, is boring dreck from big brands that can afford to employ Coke-like travelling sales forces.)

Climate change and the Okanagan: The sun shines brightly on these 11 B.C. wines

Ontario needs a system of private wine stores that would compete with LCBO outlets, the way private shops in British Columbia exist alongside government-run BC Liquor Stores. This would establish more shelf space for the sorts of quality homegrown wines found below, some of which are produced in quantities so small they make little sense for a giant chain retailer with a central purchasing department chiefly preoccupied with catering to more than 600 stores. And Ontario, especially under a conservative government that professes to be, in the Premier’s own words, “open for business,” should strike down the LCBO’s policy limiting citizens’ ability to purchase Canadian wine directly from other provinces (at least without incurring an interprovincial tariff). That might just prompt other provinces to return the favour, expanding the market for Ontario wine. Open for business – it’s time we drank to that.

The nose conveys promise. This smells like popcorn and roasted nuts, which bodes well for an oaked chardonnay. On the palate, it’s medium-full-bodied and seductively creamy, with fleshy density, flavours of tropical and candied fruit and a touch of butter. It’s not cheap, but production is tiny, at just 175 cases. Plus, it rivals good Meursault, which can cost more. This Churchside 2017 will be officially released later in the year, but if you’re reading this column (which you are), you can purchase it during a special prerelease window starting June 15 and running till June 30, through clossonchase.com.

Arterra is a relatively new flagship brand of Arterra Wines Canada, the company that was once known as Vincor International and which had, until 2016, been under the control of U.S. giant Constellation Brands. The company enjoys access to some of the finest pinot fruit in Niagara and this wine is obvious proof. Soft and creamy, it’s a medium-bodied red with great flavour depth, with notes of dark fruit, baking spices, caramel and cocoa powder. The tannins provide structure but are well-integrated, and the acidity is expertly tuned. Lovely stuff. Available at Wine Rack stores, the Jackson-Triggs winery and online through greatestatesniagara.com.

Off-dry yet brilliantly balanced, Hidden Bench’s 2017 estate riesling shows great complexity and energy, with notes of green apple, stone fruit and the sort of minerality characteristic of a good Mosel. Zesty lime comes through on the long finish. Certified organic and just 10.5-per-cent alcohol. Available at the winery and on Sept. 28 at Ontario Vintages stores.

Redstone makes its home on some of the finest soils in western Niagara for such late-harvested red varieties as cabernet sauvignon and merlot. The wines tend not to be cheap, but that’s the price, at least to some extent, of quality, low-yield, hand-harvested fruit grown in a cool climate. This is a Bordeaux-inspired blend of 34-per-cent merlot, 33-per-cent cabernet sauvignon and 33-per-cent cabernet franc, and it admirably manages to taste like all three and something more. Full-bodied and concentrated, it’s luscious, with fine, grippy tannins. It’s got the smoothness and black-fruit character of merlot, the grippy tannins, cassis and cedar notes of cabernet sauvignon and cabernet franc’s jalapeno-like herbal lift, among other things. Drink it over the next dozen years, ideally with grilled steak or roasts featuring either beef or lamb. Available direct through redstonewines.ca.

Light in colour and in body (be not afraid, this is cool-climate pinot noir), Traynor’s 2016 pinot is silky and perfectly dry, with nuances of crushed berries, spices, violet and earth. Delicate yet flavourful and smartly, subtly oaked. More a whisper than a shout. Available direct through traynorvineyard.com.

The colour of this sparkling wine, visible through the clear glass, is a delicate and fetching salmon pink. Frothy and bone-dry, it’s got a core reminiscent of strawberry jam and a nuance of yeasty dough (I’m picturing a jelly doughnut), with accents of green apple and lemon zest. Great acid spine. The grapes come from a certified organic and biodynamic vineyard. Available direct through tawsewinery.ca.

Medium-bodied but with plenty of stuffing. Plum and cherry jam, beetroot and warming spice along with a backdrop of earth and cedar. A great effort from the dry, warm summer of 2017. This spent 10 months in French oak, 20 per cent of it new. Ideal for simply prepared duck or grilled lamb chops. Available in Ontario Vintages stores.

Don’t let the colour fool you; it’s shockingly pale enough to qualify as a Tavel rosé, yet the flavour is hardly lacking. Silky in texture, it comes across like a medley of forest berries infused with earthy-woodsy characters and baking spices. The tannins are very soft. It should match nicely with grilled salmon or roast pork tenderloin. Not yet released, but soon to be available at the winery and online through rosehallrun.com.

Canadian musician and wine lover Jim Cuddy, of Blue Rodeo fame, teamed with Moray Tawse to release a line of wines which, as with Blue Rodeo, are not exactly a solo act. Resident Tawse winemakers Paul Pender and Rene Van Ede did much of the heavy lifting here, so kudos to them for this fine effort. It’s medium-bodied, creamy and bright, with plump tropical fruit and pear notes, subtle buttered popcorn, vanilla and fresh acidity. Available direct through tawsewinery.ca.

This is the entry-level baco noir – among three selections – from Niagara’s, and perhaps the world’s, biggest champion of the French hybrid grape. It’s full-bodied and gutsy, with juicy blackberry-plum fruit (by way of gummy candy, such as Maynards Swedish Berries) as well as vanilla. The tannins are nicely polished. Good for rich, saucy red-meat dishes. Available in Ontario at the above price, various prices in Alberta and British Columbia private stores, $15.56 in Saskatchewan, $14.99 in Manitoba.

I left a bottle of wine in a hot car, and found that the cork had pushed itself partly out of the bottle. Why?
Subscriber content
June 6, 2019 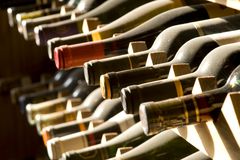 Climate change and the Okanagan: The sun shines brightly on these 11 B.C. wines
Subscriber content
June 7, 2019 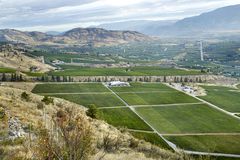