It's largely accepted that a dish is only as good as its ingredients.

Canada is blessed with a bounty of foodstuff, the quality of which such renowned chefs as Jonathan Waxman and David Chang have gushed over. So it's surprising to find that accessibility to quality ingredients – specifically fresh seafood – isn't equal for all.

Under existing regulations, many Canadians are prohibited from obtaining seafood directly from fish harvesters. It sounds preposterous but unless you live in B.C., you can't buy a freshly caught halibut or lobster from local fisherman at the harbour. While Newfoundland is one of two provinces (the other is Nova Scotia) permitted to serve wild game, chefs cannot buy seafood directly from fishing boats docked 500 metres away from their restaurant.

Originally put in place as a protective measure for fishermen, processing facility employees and consumers, these same regulations are restricting chefs' access to seafood. The only way chefs can purchase seafood is through processing plants or a licensed fishmonger – a step that celebrated chef Normand Laprise of Montreal's Toqué says is highly inefficient. Happy to pay a premium for the freshest products, Laprise finds it odd that he can source B.C. spot prawns, which arrive hours after harvest, but can't get halibut from his neighbouring province. It's also wasteful; up to 30-per-cent product loss can occur as a result of delays between harvest and when it lands on the kitchen counter.

"The problem with fish is that its quality and freshness start to count down the moment you pull it out of the water," Laprise explains. "The reason we want to work directly with the fishermen is not to save money; it's to save this time."

Whether it's with wild or farmed harvests, all parties agree that demand is driven by retailers and consumers. According to Dan Donovan of Toronto's Hooked, 65 per cent of seafood is consumed outside the home, yet 83 per cent of that is focused on five species: shrimp, salmon, tuna, tilapia and catfish. Chefs have the power to change that number by highlighting lesser-known species on their menus. However, supplies are limited or inconsistent.

Chefs are frustrated with how we treat unintentionally caught fish – known as bycatch. Mainly because of the restrictions carried by current regulations, anything from mackerel and herring to flounder is typically dumped back into the water – even if the fish are dead. In a damning study last year, the environmental group Oceana reported of the nine U.S. fisheries they studied that used bottom trawl nets, gillnets and longlines, those harvesters threw away a collective 340 million pounds of fish – as much bycatch as fish they caught. While numbers in Canada aren't as staggering, the ability of some fisheries from other countries to keep their bycatch, sort and sell it as food is a move that many chefs, including Jeremy Charles, co-owner of Raymonds in St. John's, are behind.

"A lot of time [bycatch] goes to waste because there's no market value," says Charles. "It comes down to putting up other fish options [on the menu], and creating dishes with seafood that's not as common as others. Like whelks or sea urchins, and things that don't show up in the market because they go to Asia. … It's important that we educate our regular guests about the importance of eating local seafood, and that it's not always codfish. We have such a wide variety of beautiful seafood out there that needs to be looked at and showcased."

The conscious effort to utilize lower-value species comes in the wake of the fishing industry's attempt to curb wasteful fishing practices and harvest sustainably. Since the cod moratorium in 1992, Newfoundland's snow crab and cold-water shrimp industries have flourished. Interestingly, the catch is mainly exported to countries with greater buying power, namely, the United States or China. Again, Canadian chefs have a hard time sourcing these fish stocks; in turn, consumers don't know it's available.

It's a vicious cycle.

"There's so many beautiful things coming from the ocean, but not all are available and accessible to restaurants that are right on the ocean," says Charles. "It doesn't really make sense."

Chefs are serving diners live seafood: Is it a unique culinary experience or a moral quandary?
March 3, 2015 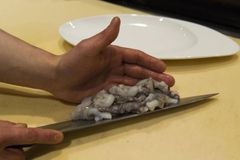 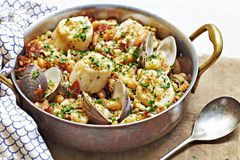 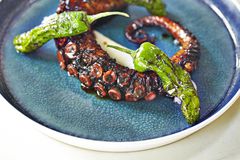